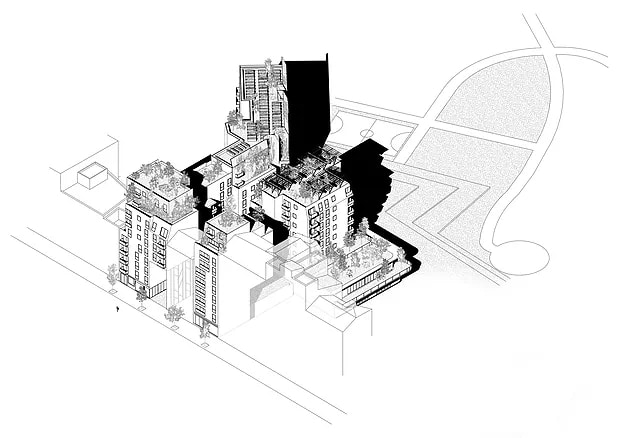 RATP Debergue revolves around the pedestrian path that connects Netter Avenue to the East and Debergue City to the West. The project is divided into three distinct blocks: No. 81 Avenue Netter, the second behind the first at the edge of the park, and the third on the southern fringe of the plot.

North
The nursery takes place on 2 levels in the North of the way, between the extension of the Park and this new way. It is thus connected to the park, although clearly delimited and protected. Its garden is articulated along its West and North facades, as well as the terraces at R + 1. At the entrance of the equipment, a small outgrowth of the path articulates the new entrance of the park and that of the nursery. A plot of intermediate housing covers the crib.

Its volumetry and the spreading of the nursery naturally protect outdoor spaces welcoming children. It enjoys multiple orientations towards the Park and the way to the South. Its cutting and alignment on No. 81 minimizes the impact on neighboring buildings, both existing and projected volumes.

South
A fragmented volume is located along the pedestrian lane of intermediate housing (LLS3) and social housing (LLS1 and LLS2). He accompanies the road from the No. 77 Avenue and opens its facade to the park. Its volumetry and its fragmentation are the meticulous game between the grip with the existing lodgings (in particular in joint ownership with the n ° 75 of the Netter avenue), the treatment of the gables and the respect of the neighborhood (whose plot at the western end and that to the South). This device allows the creation of housing both diversified, with double or triple orientations. Intermediate and social housing accesses are distinct, with no break in the building between the two categories, LLSs start from 77, while LLIs close the volume in the West. 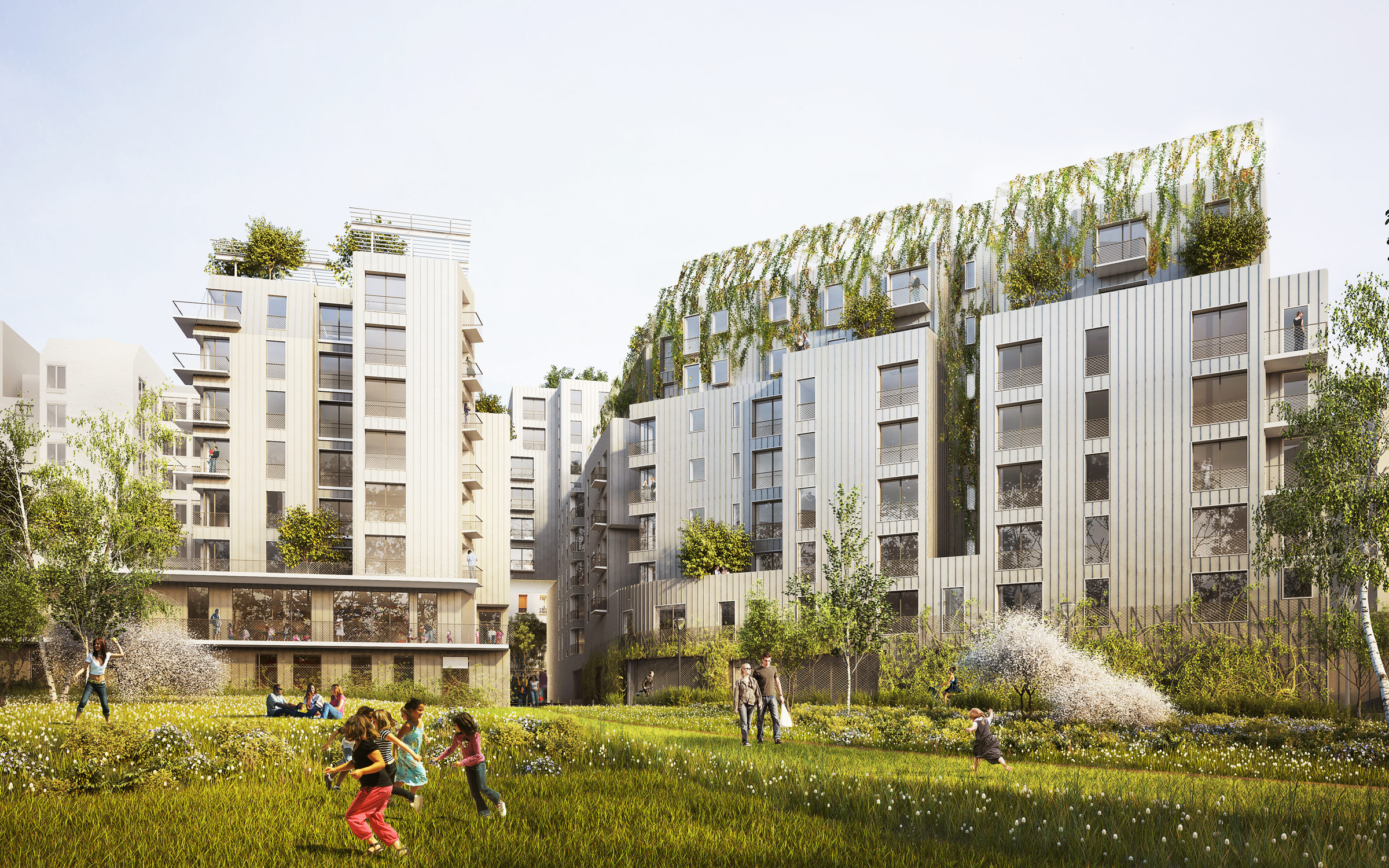 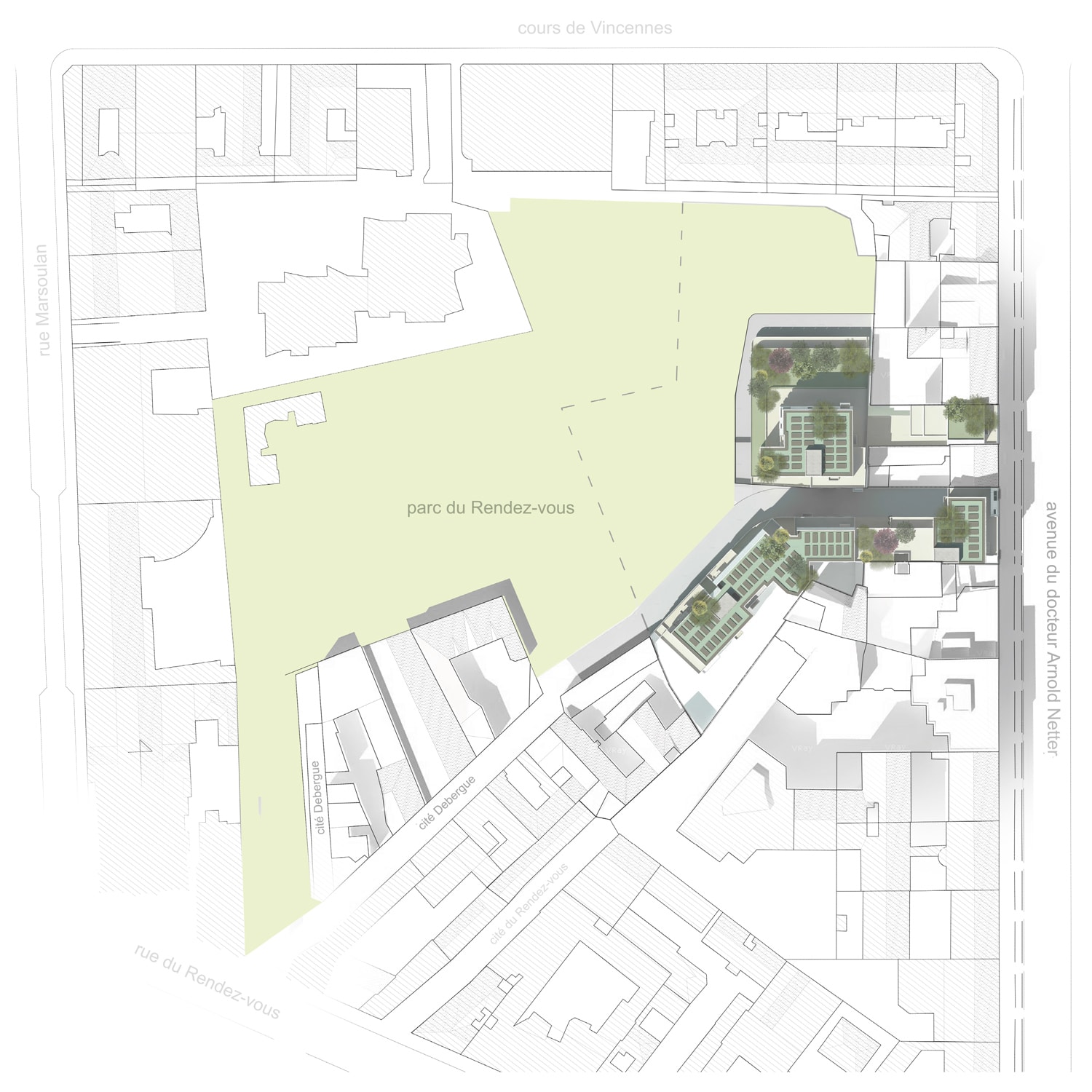 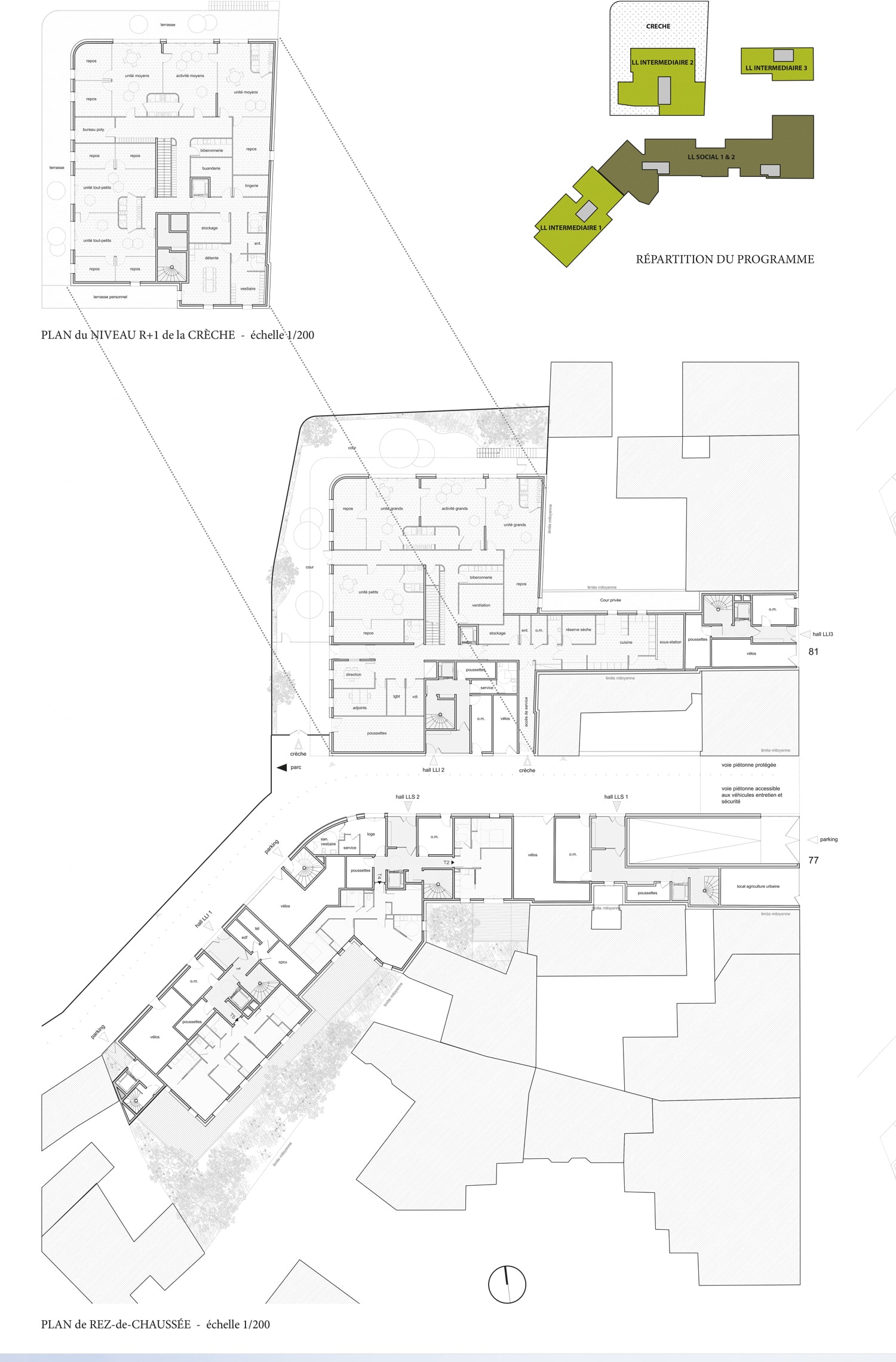 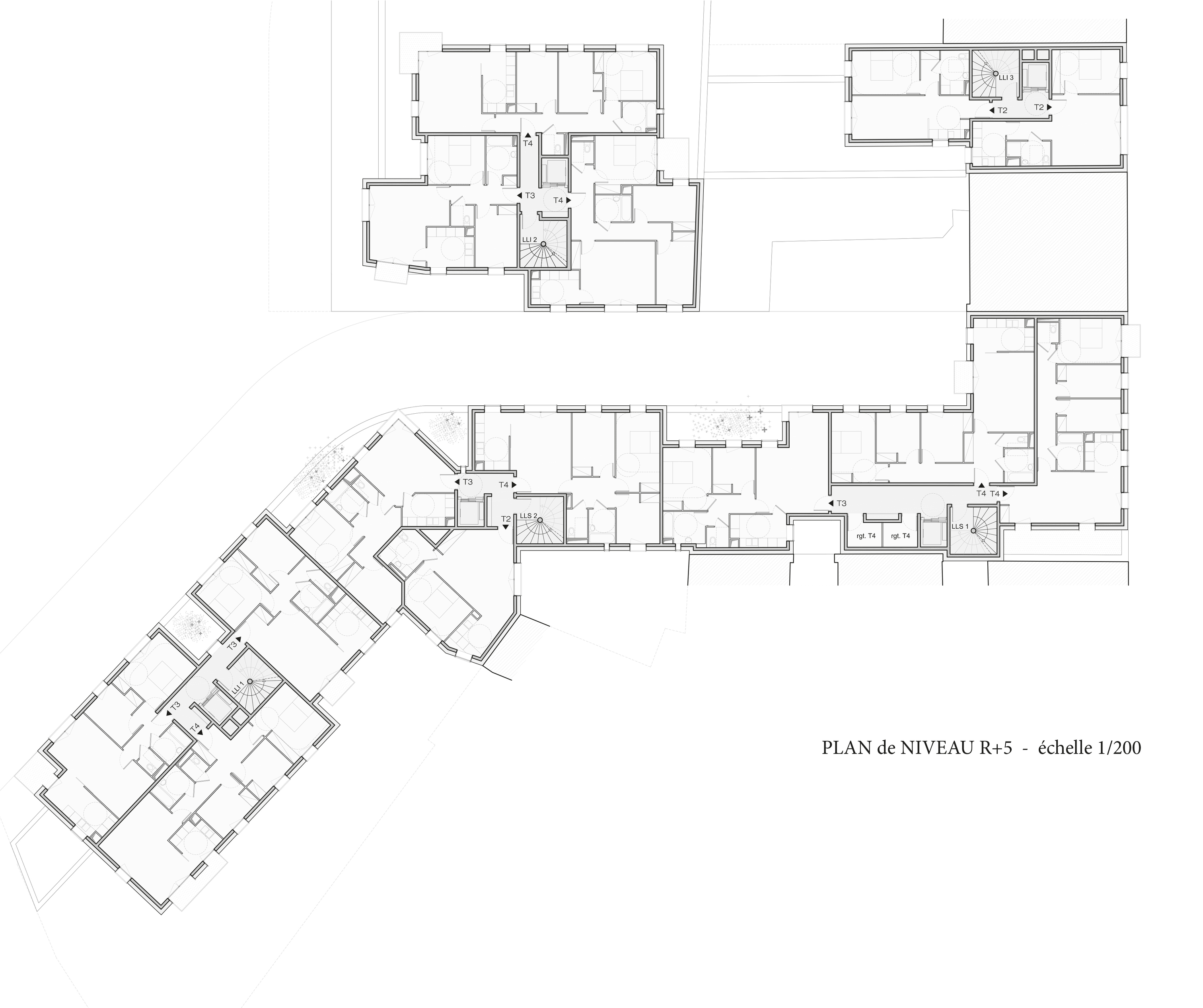 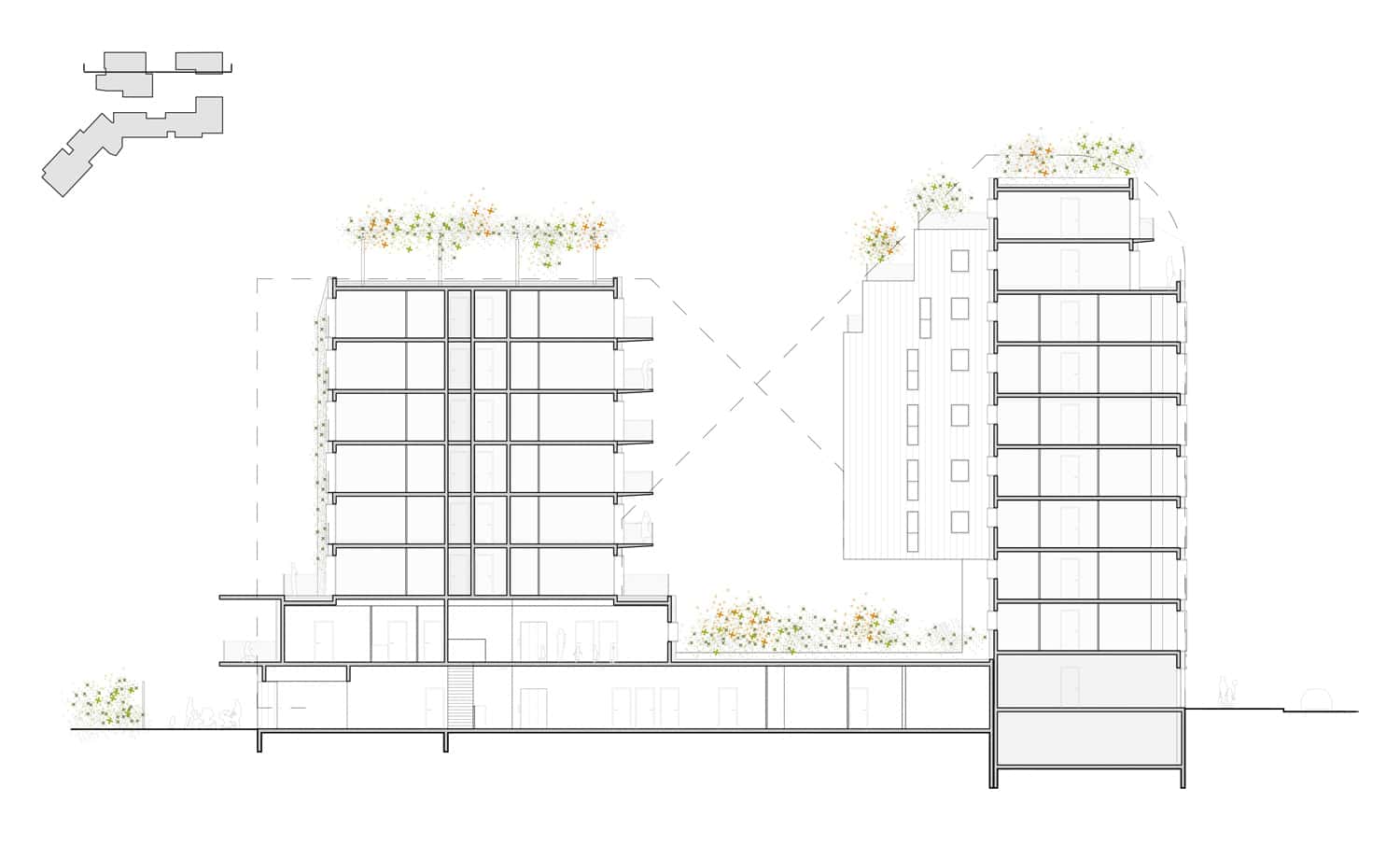 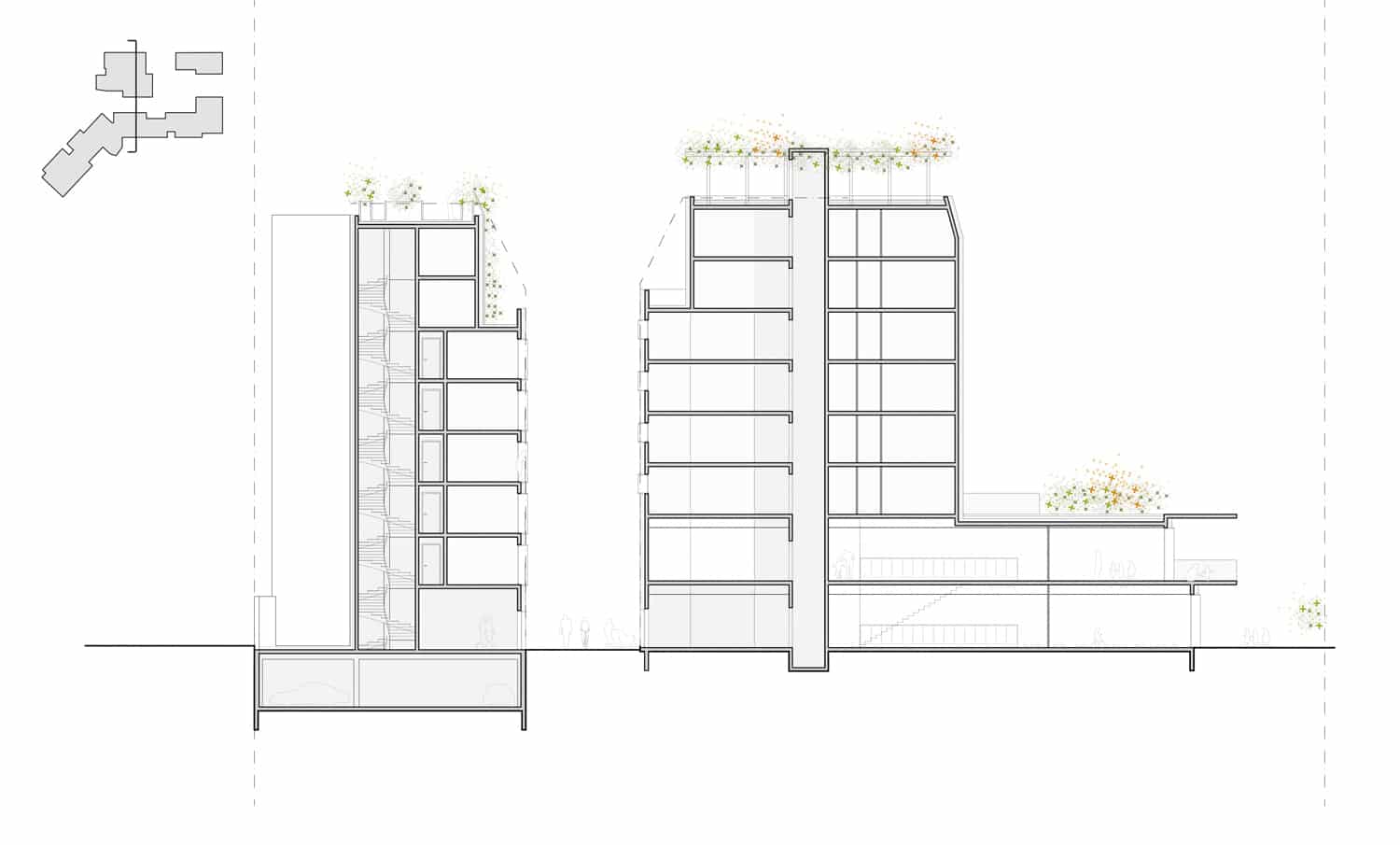