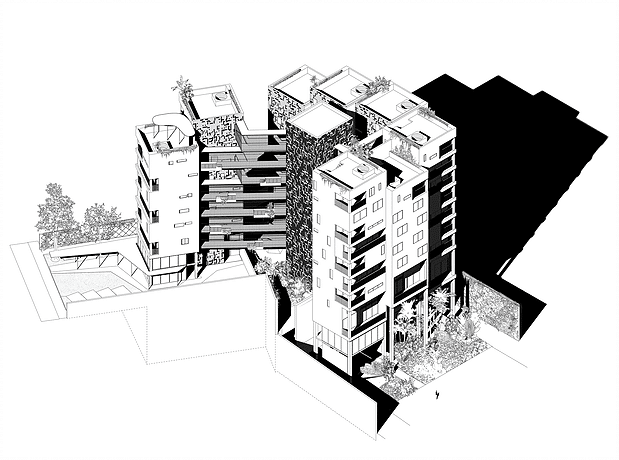 The particular urban fabric of the Vila Madalena neighborhood in São Paulo has defined the project created by Triptyque Architecture: a residential complex built on Arapiraca Street. Integration with its environment – a district of old houses, close to bars and restaurants – was the party adopted by Triptyque so that the total building volume of 8000m2 naturally dialogue with its relief.

For this, the architects decided to divide the construction into eight randomly distributed blocks, each with independent access, whose position guarantees the best view and optimizes ventilation and natural light. A ninth block houses lifts, shafts and stairs, it concentrates the exits of the metal walkways: place of circulation and socialization between the inhabitants.

The result is a configuration of apartments enjoying a privacy equal to independent houses. With generous terraces and an ample height under ceiling, the houses vary from studio to triplex and can have different plans. The common air of the upper floors, and in particular the metal walkways, are bathed in sunlight and aerated by the wind.

The collective memory of Vila Madalena is present in the choice of coatings whose predominance of shotcrete – rough, rustic, almost primitive material and graphite color – is a reference to the plaster widely used for old buildings of the district.

The historical reference is ceramics, which is a reference to the Portuguese, the first immigrants to occupy the area. The blue and white azulejos, a tribute to the artist Athos Bulcão, are present on all internal facades. Smooth and reflective, they give life to the facades while illuminating the center of the field. The apparent layers of the gabions complete the ensemble and give it a brutalist appearance.

Vegetation plays a central role in this project, whether in the bins attached to metal walkways or in the DRC, where green density creates an atmosphere of urban forest beneath the building. As if the building was springing from the jungle, opening like a place on the city.

At both entrances of the building, the large porosity erases the boundary between the ground and sidewalk creating a blur between the public and the private and thus revealing the generosity of the project as a whole.

“We imagined the building of the Arapiraca street integrated in its context, but at the same time, with a striking and innovative presence”, conclude the associates of Triptyque Architecture. 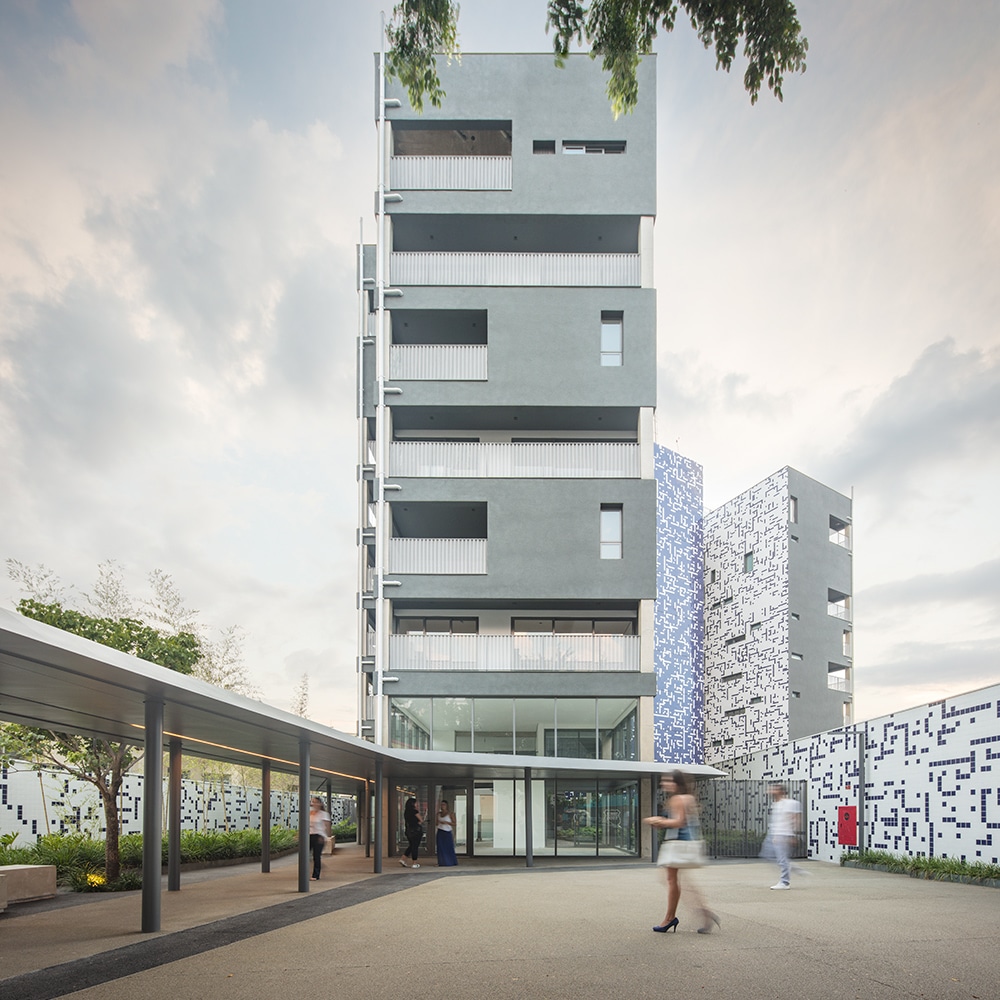 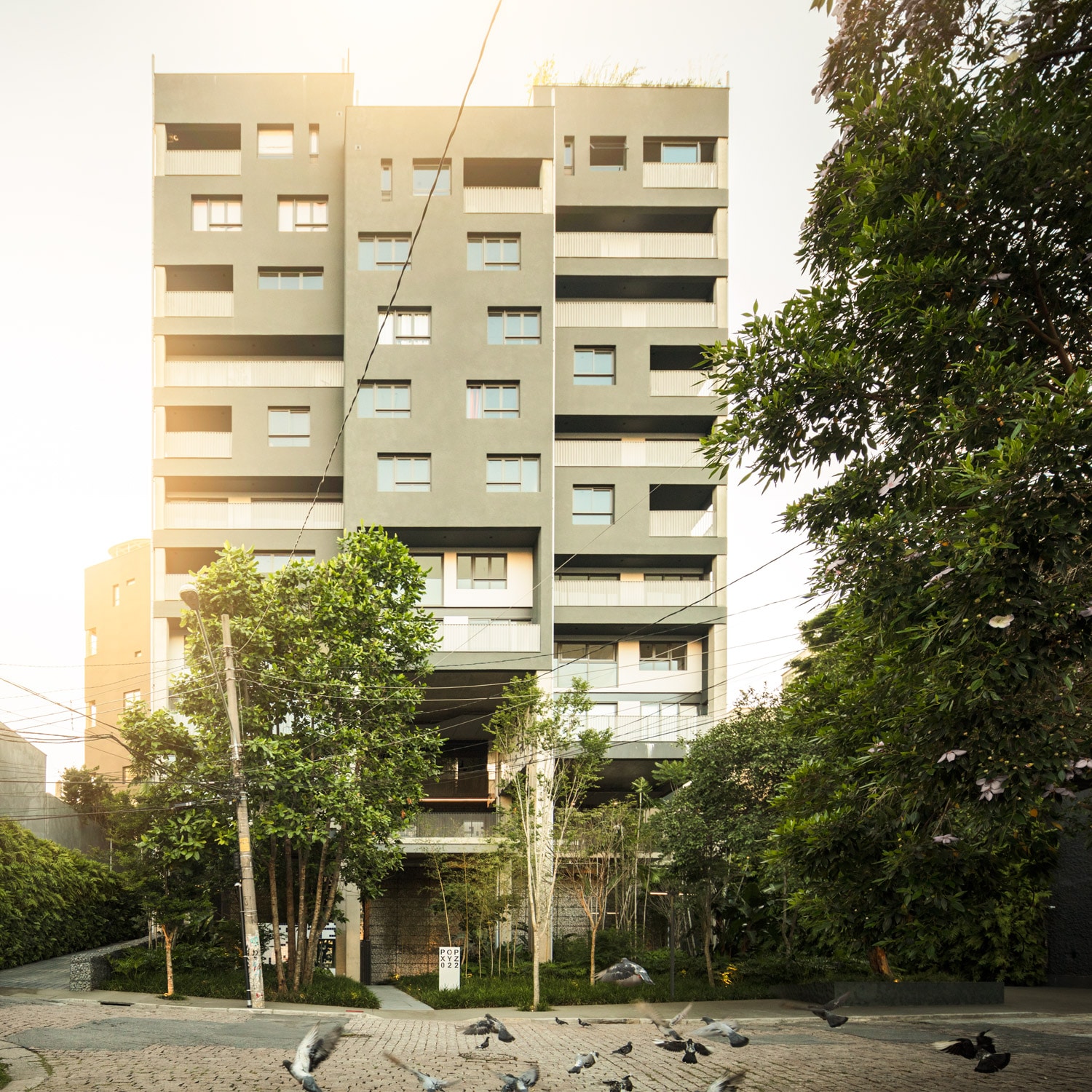 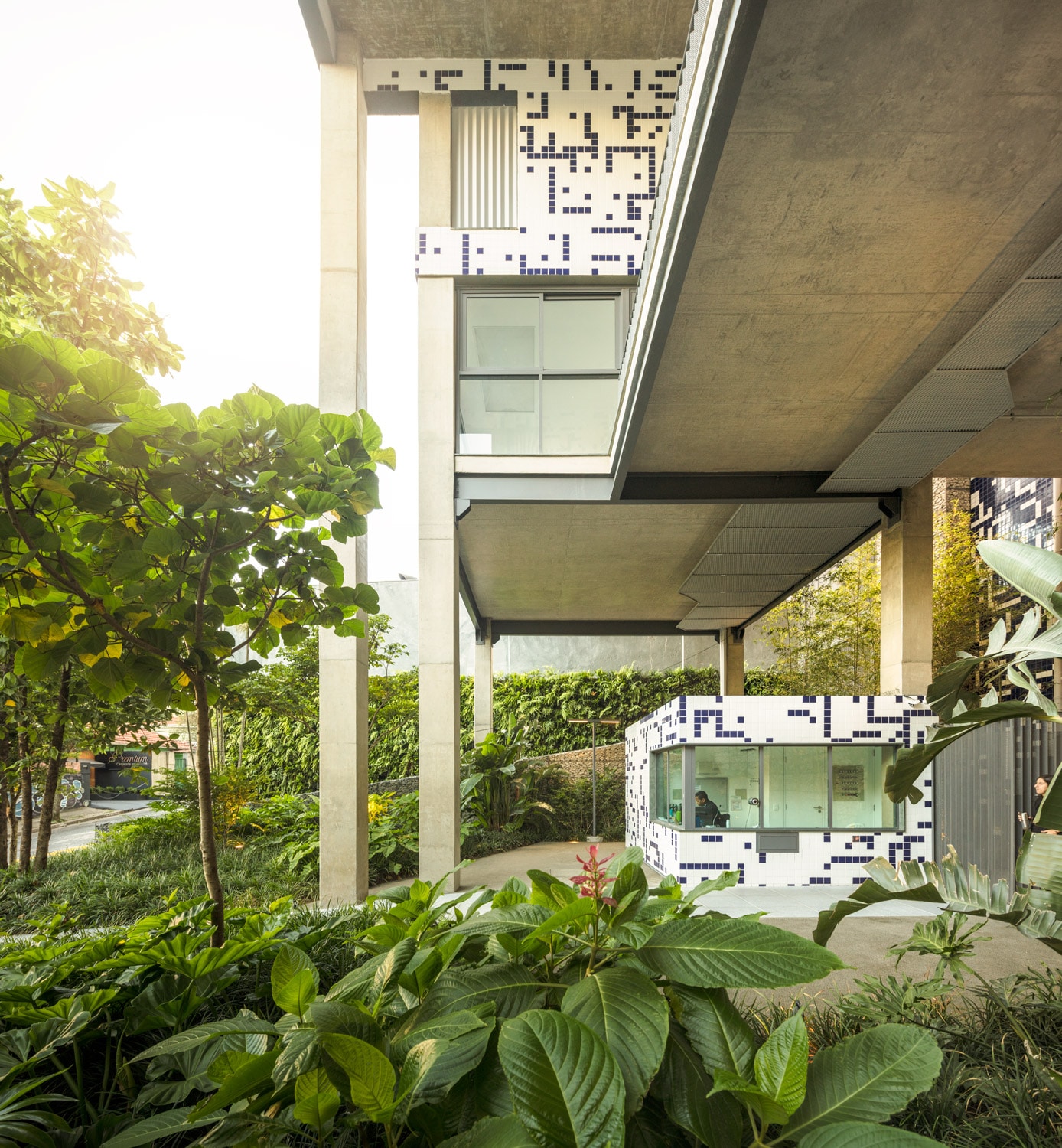 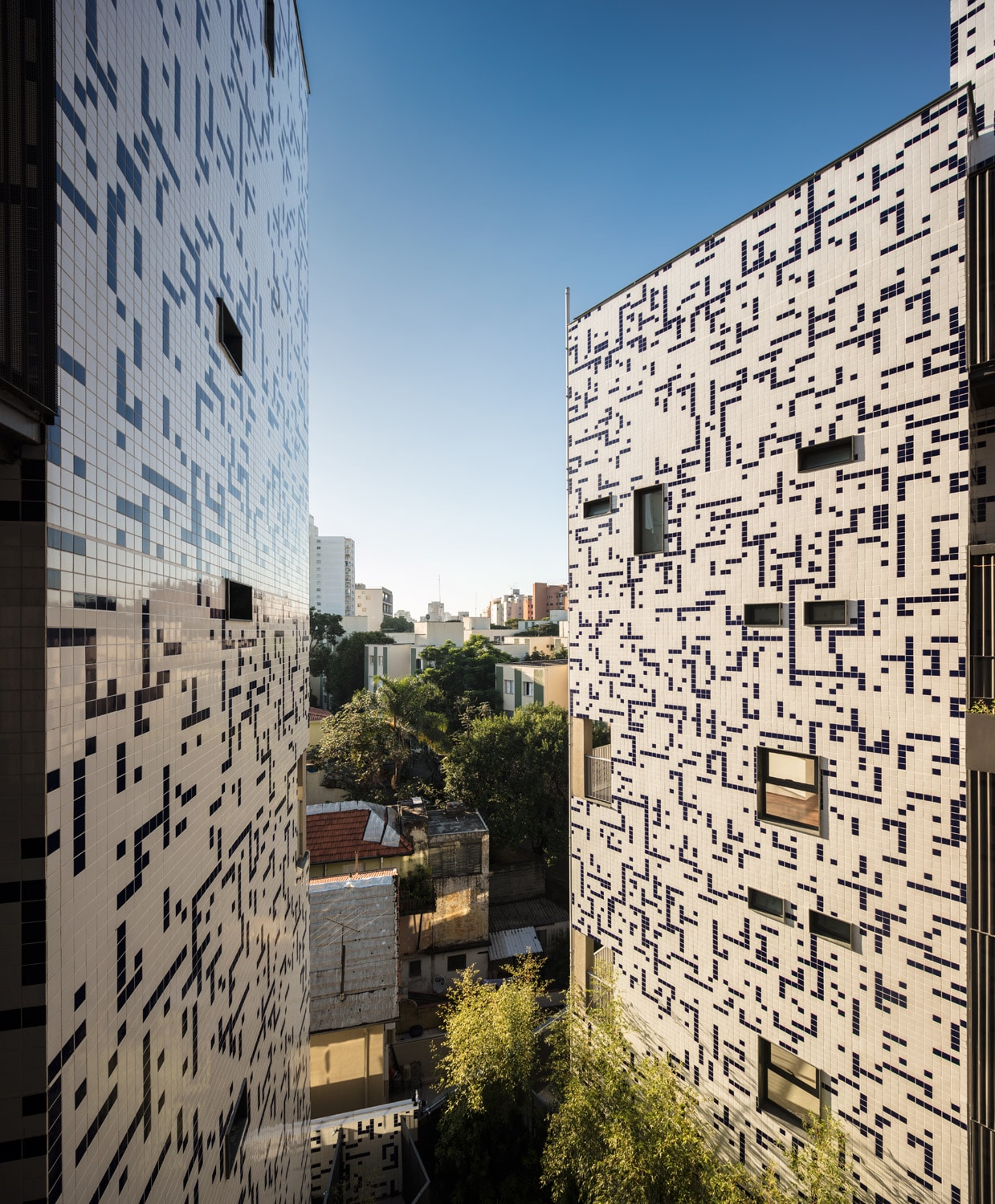 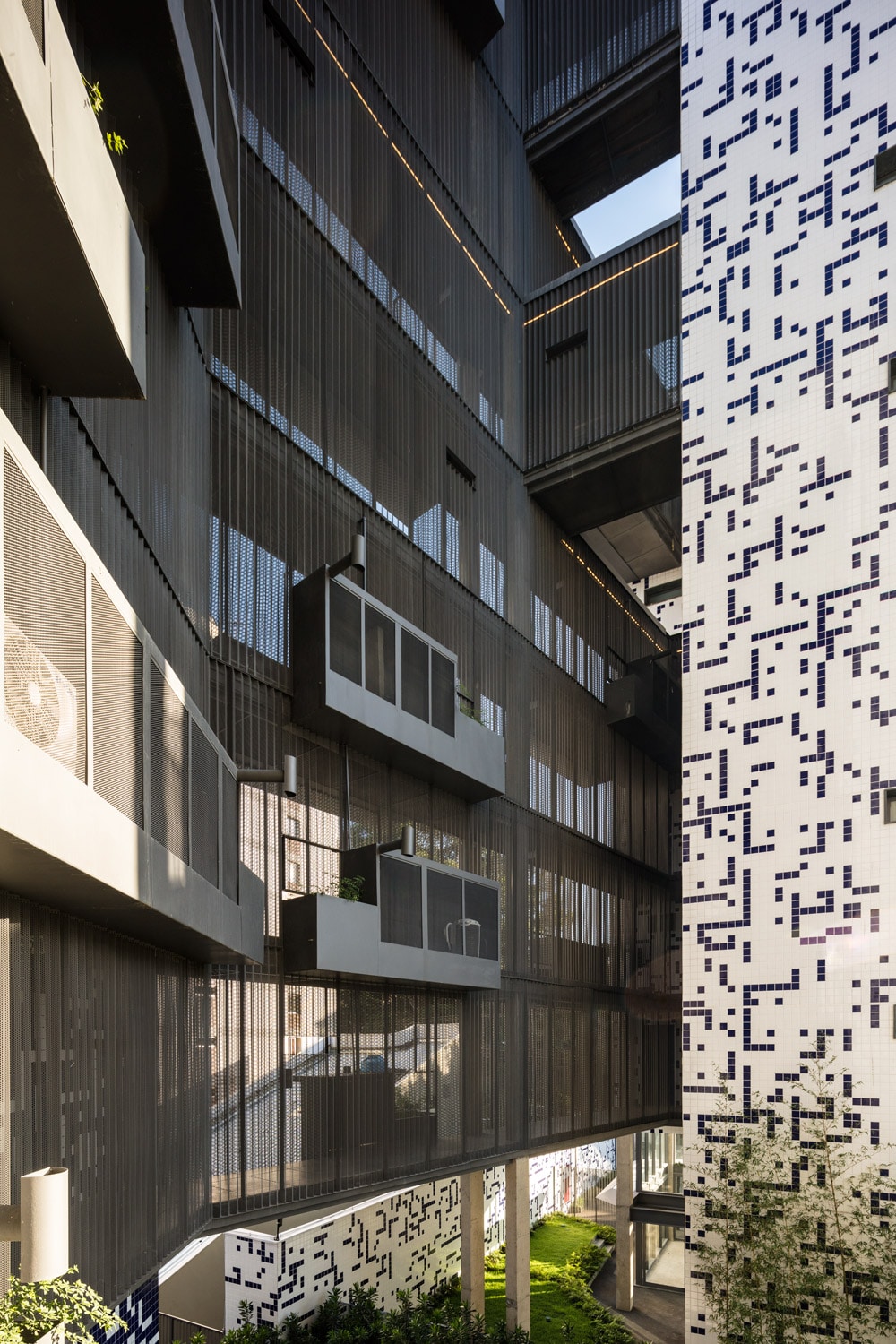 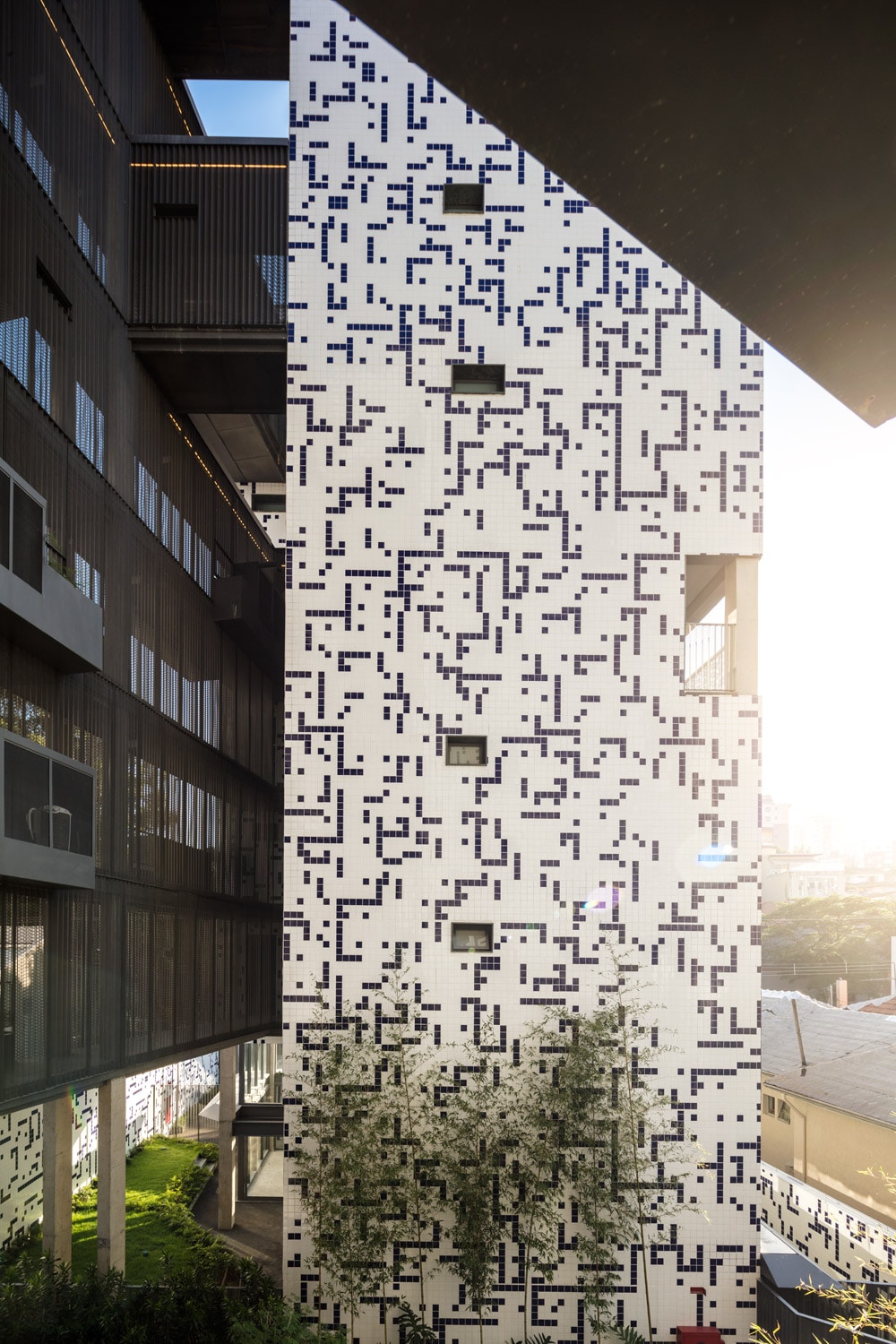 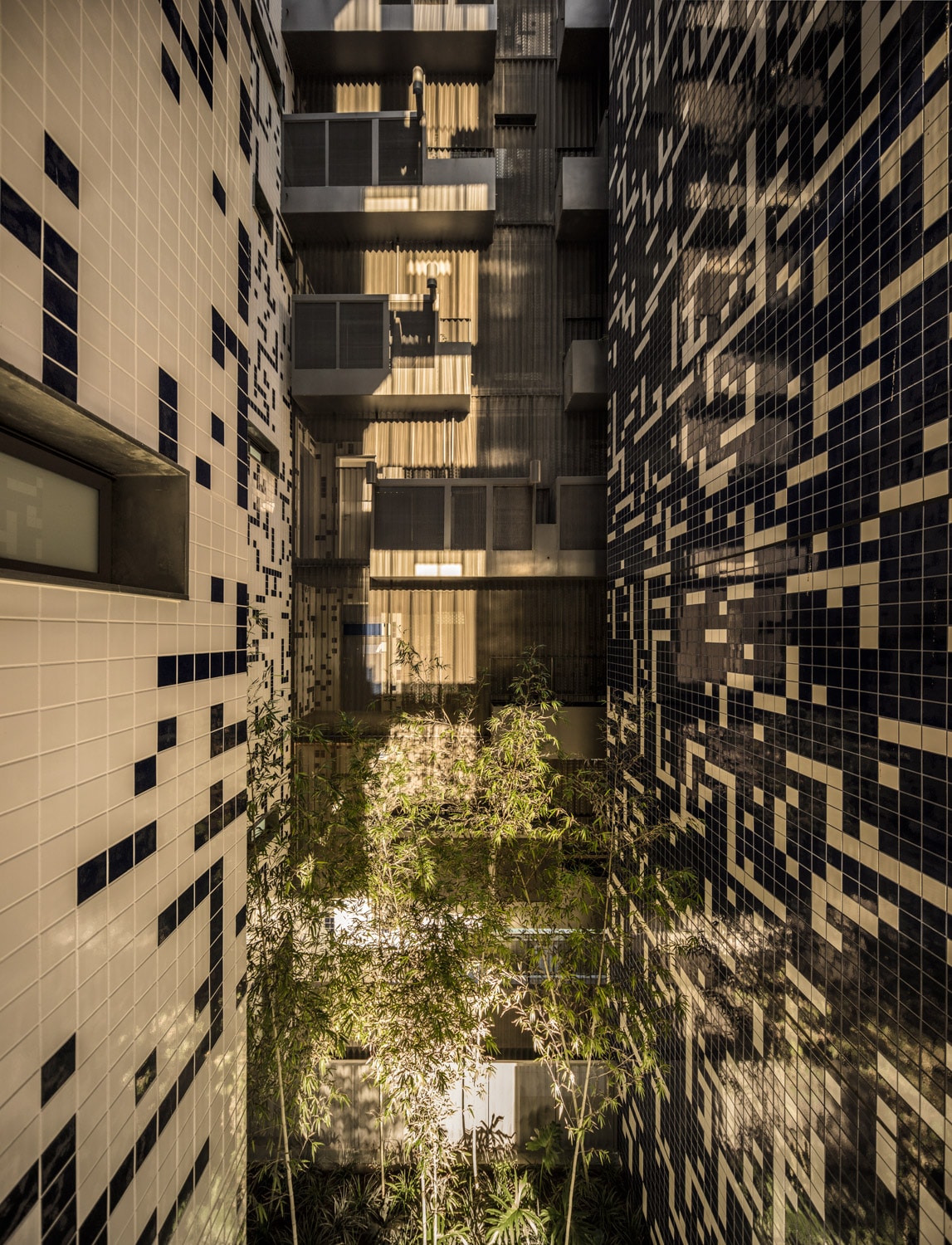 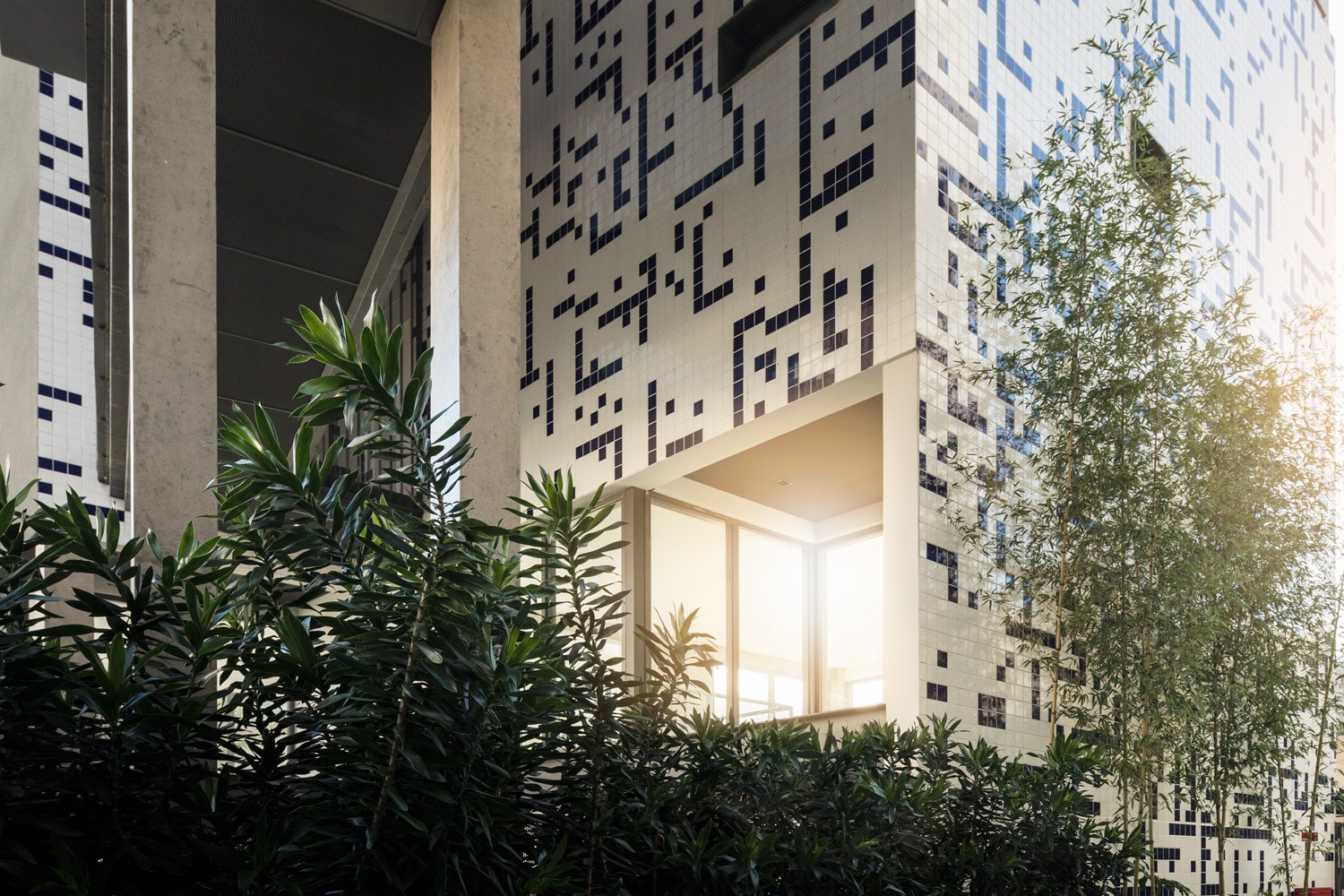 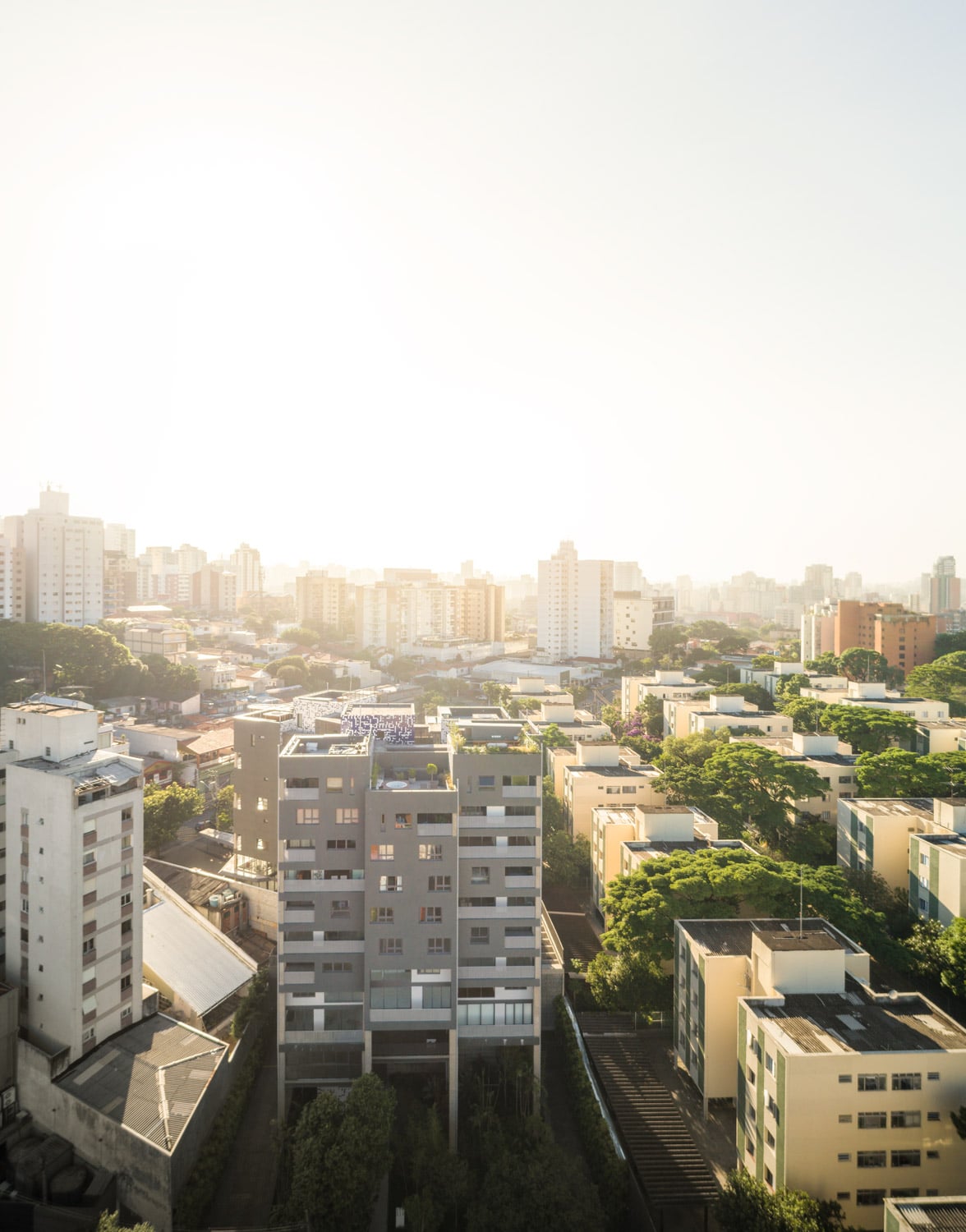 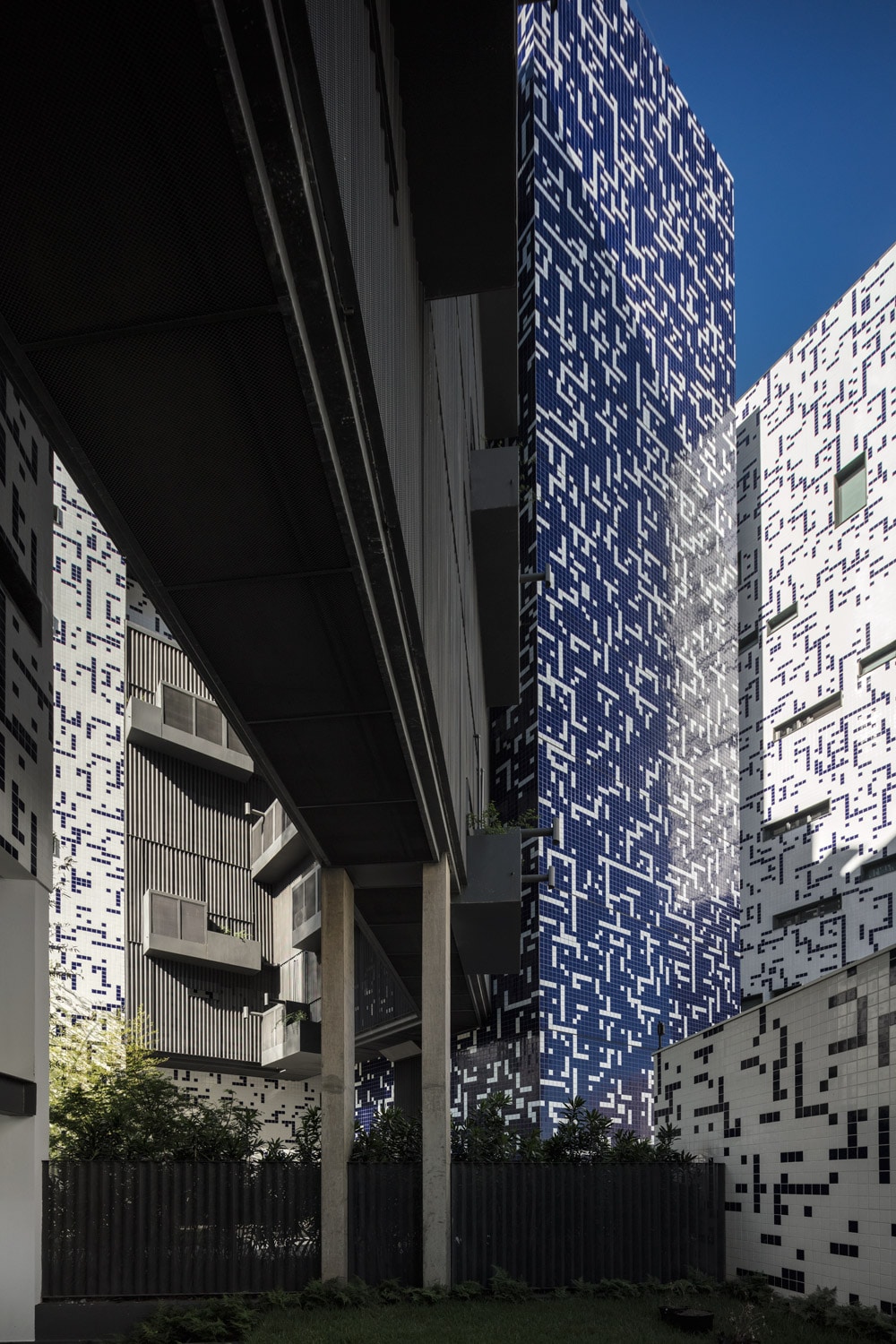 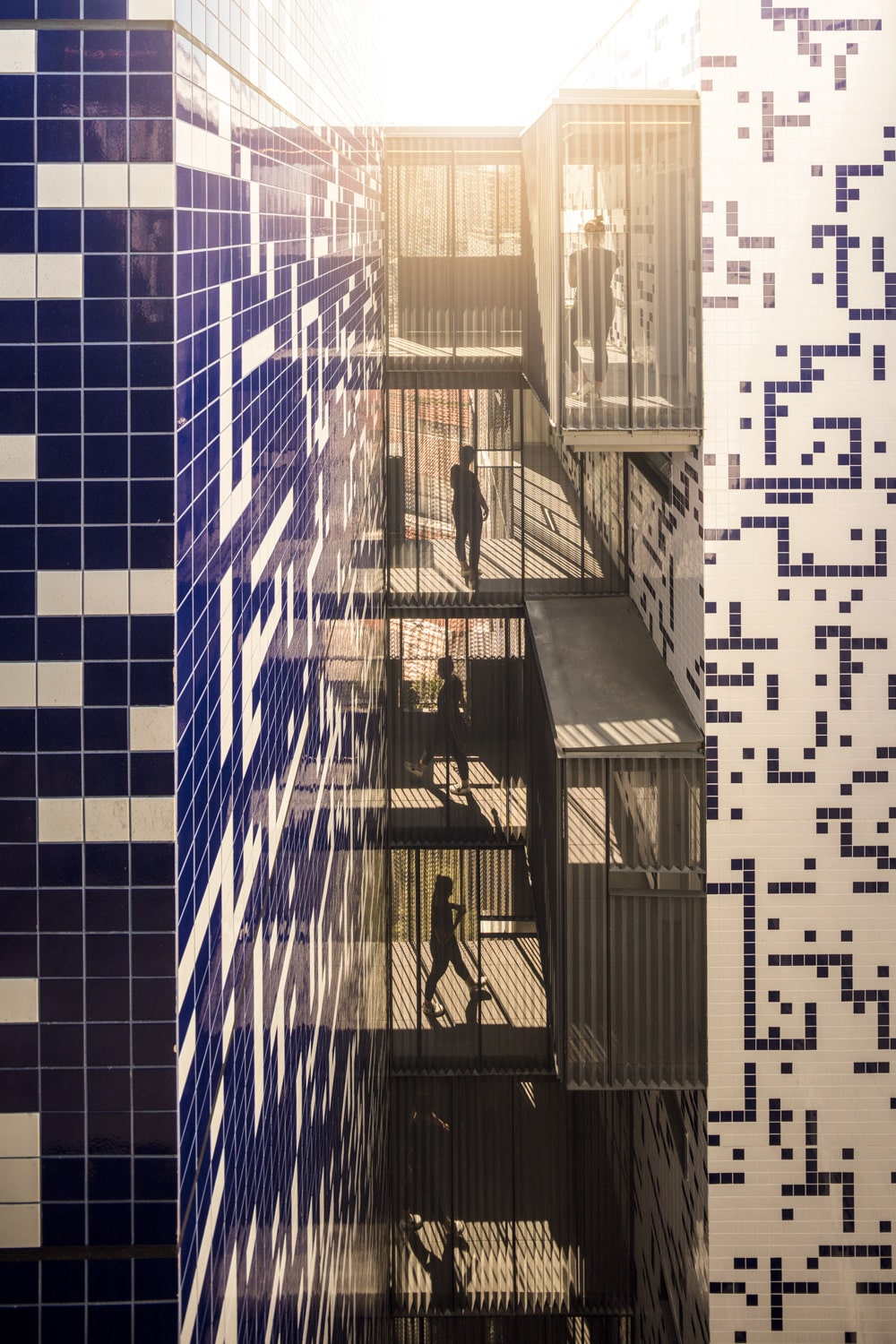 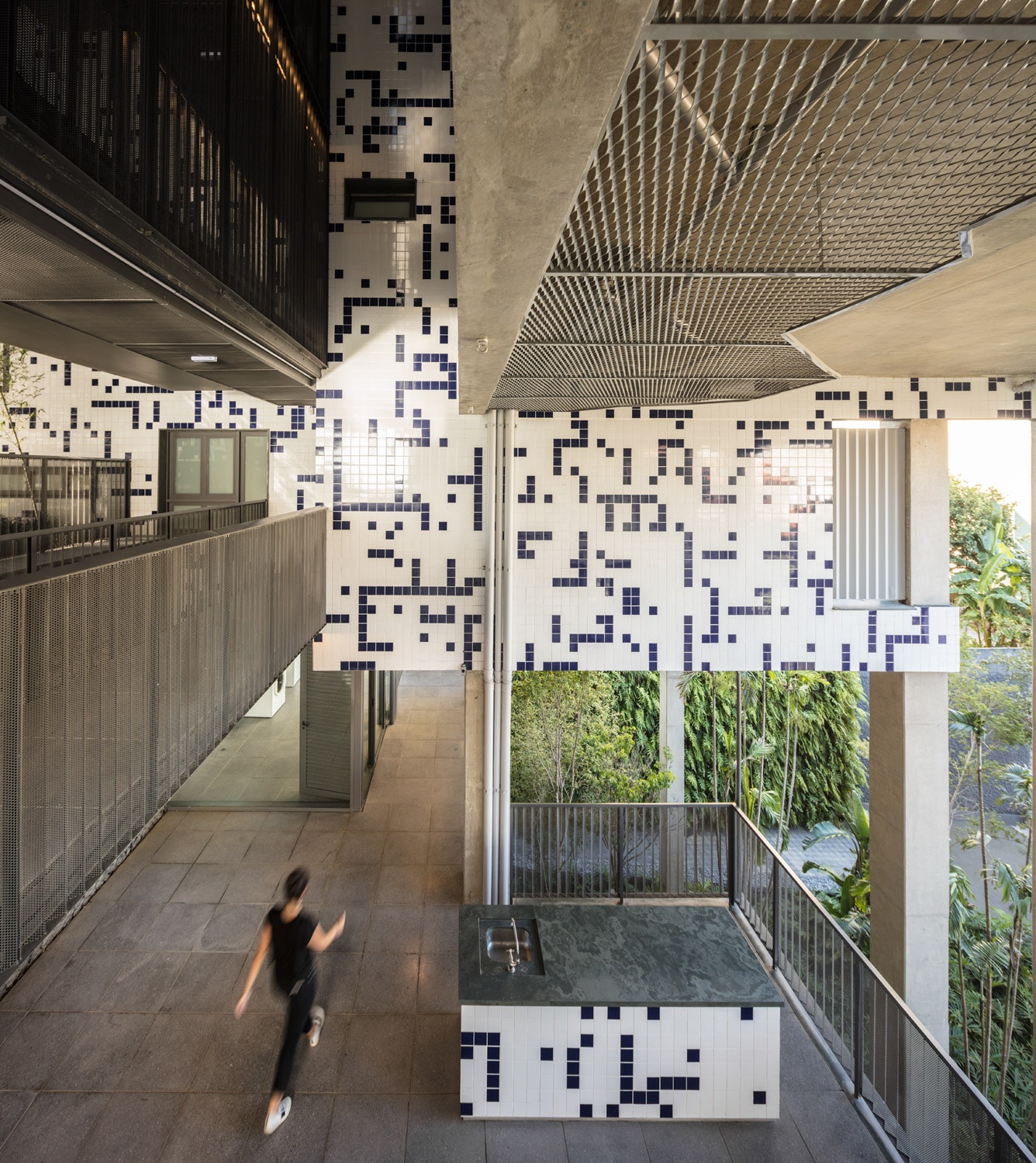 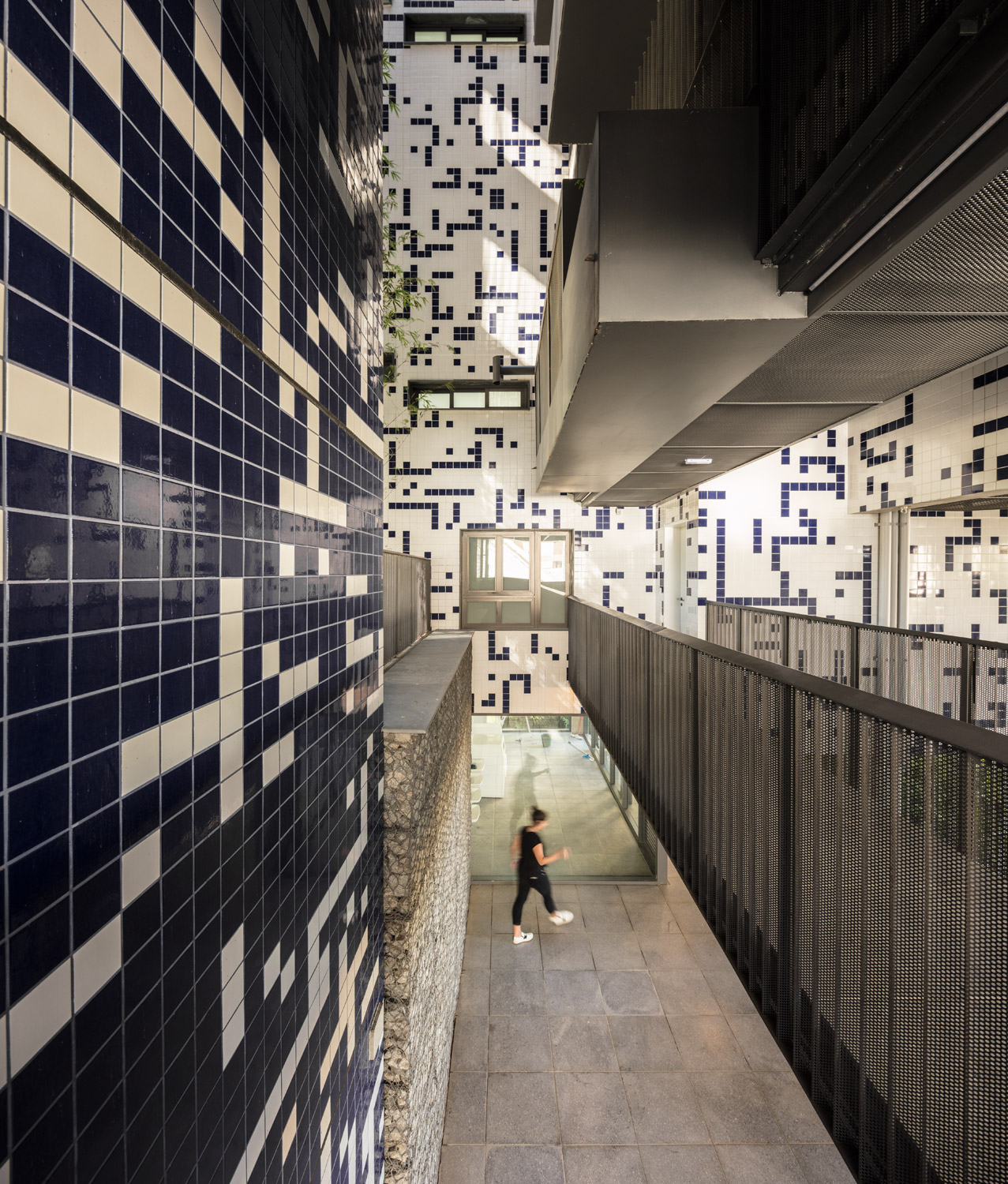 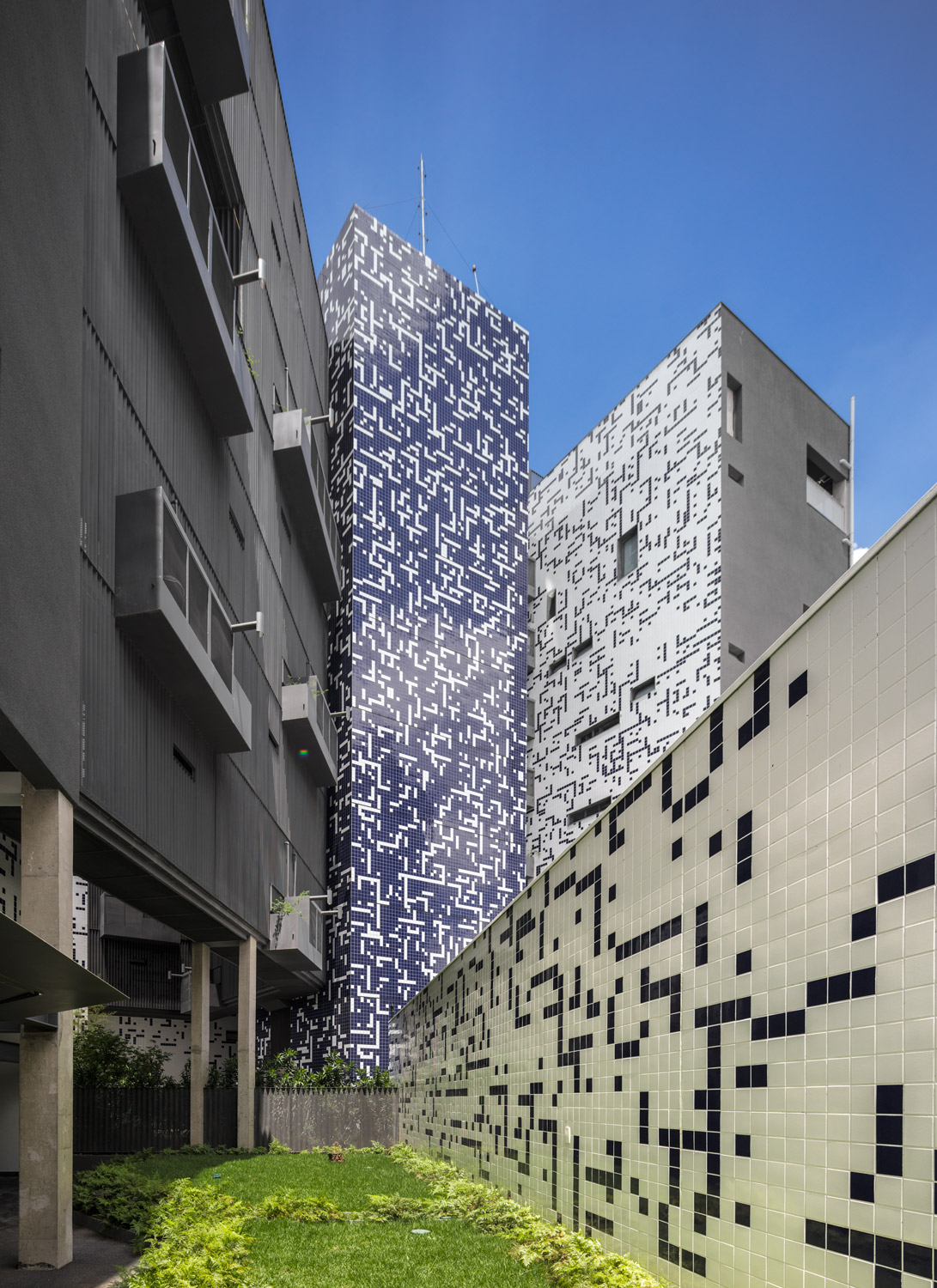 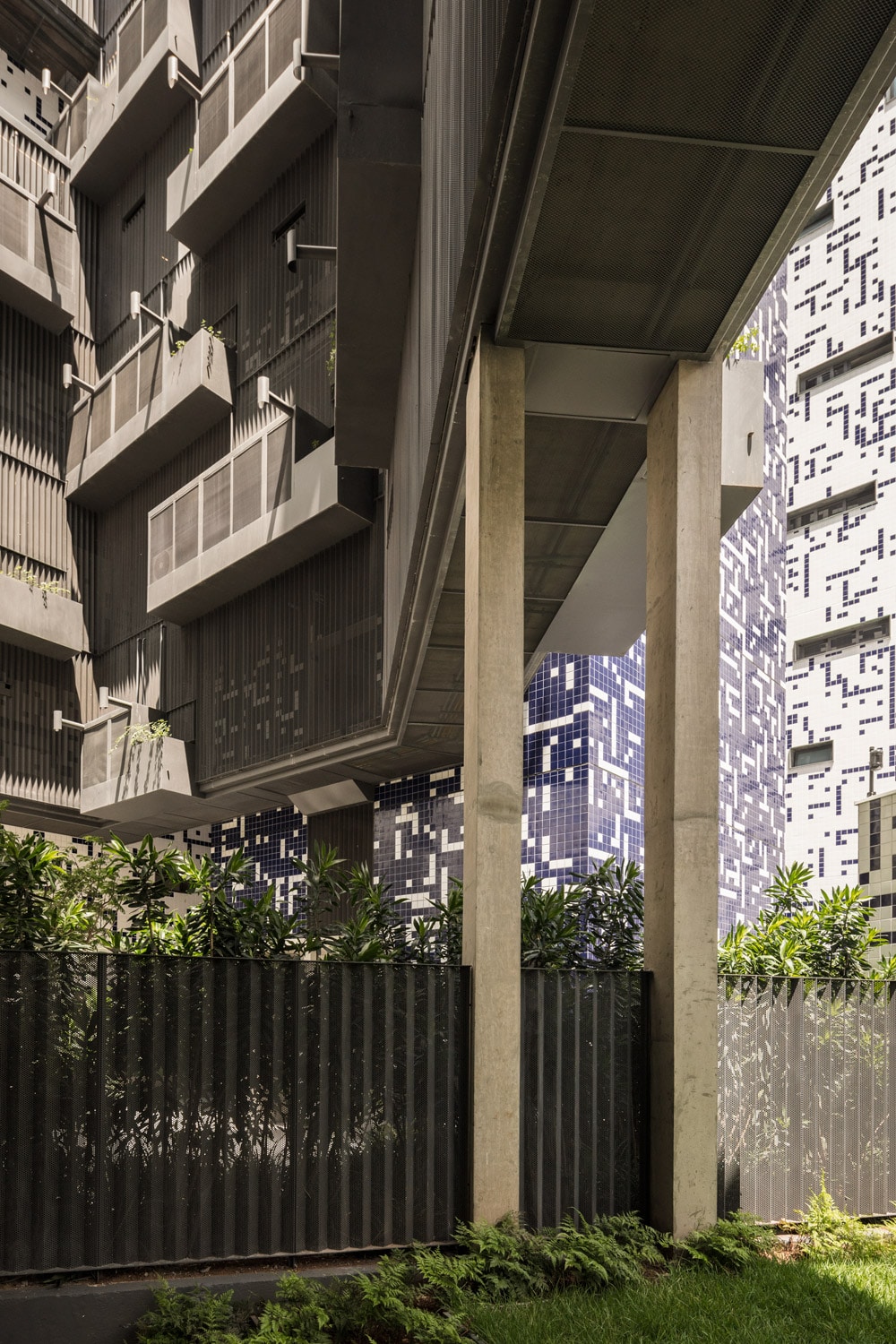 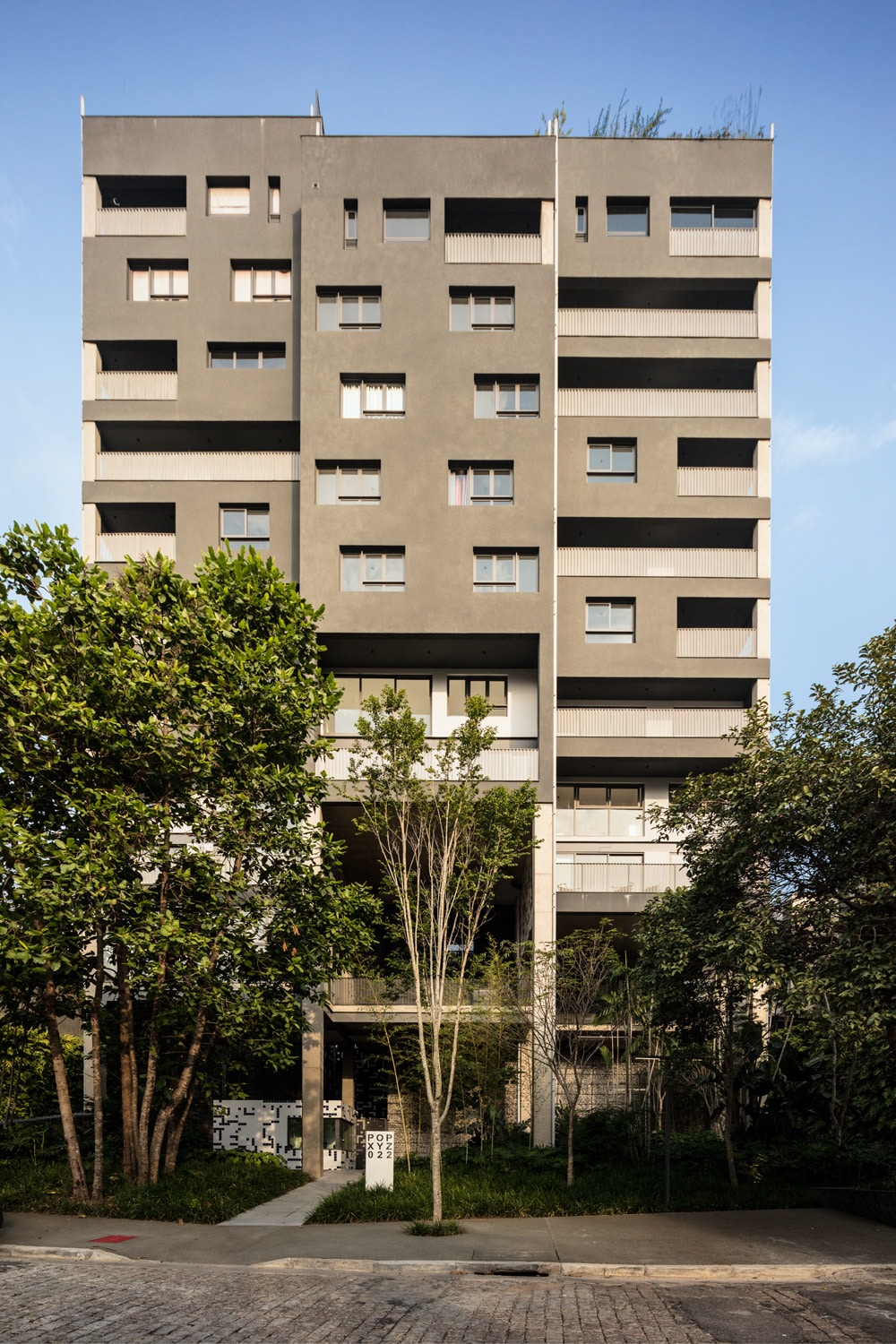 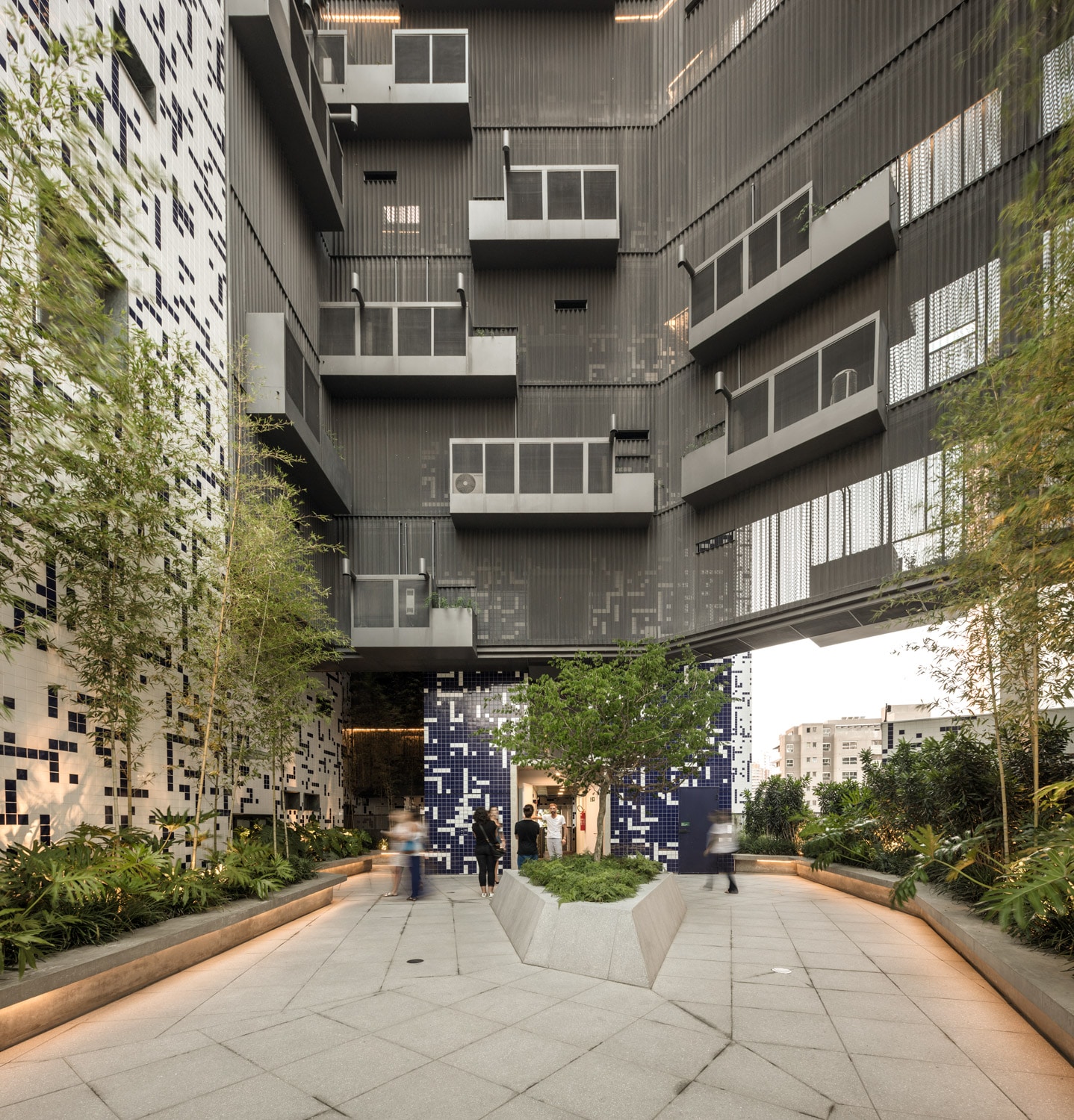 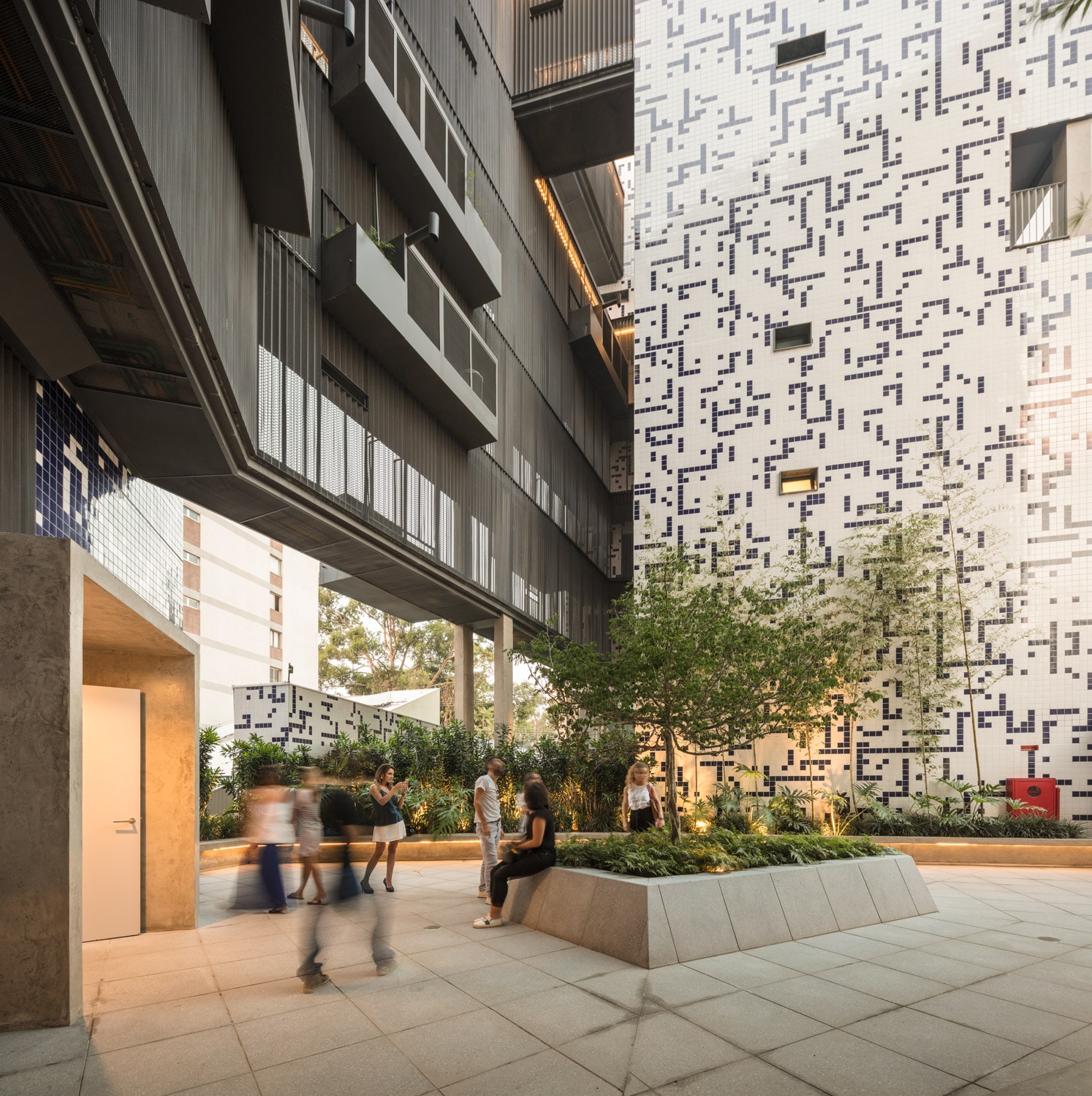 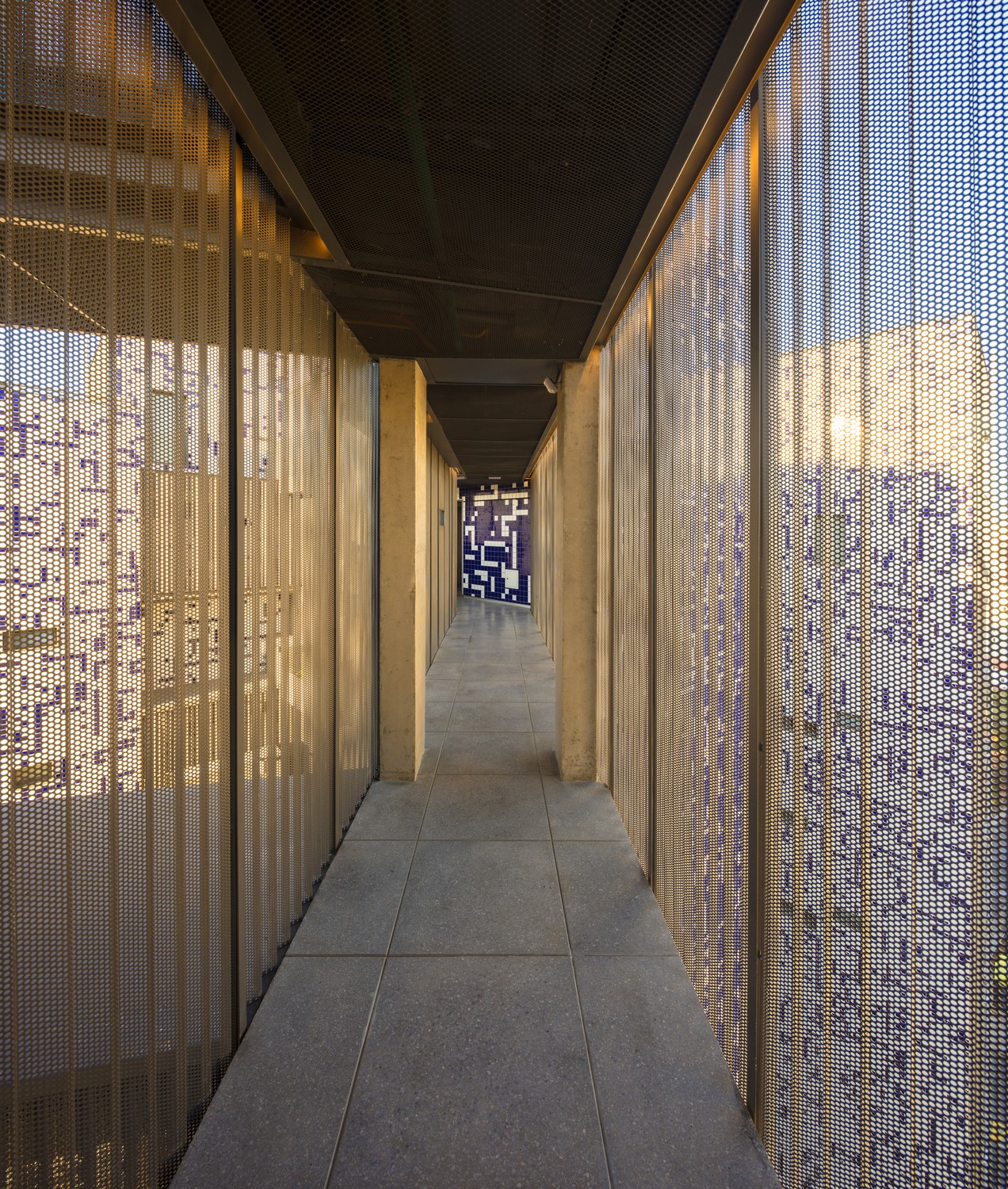 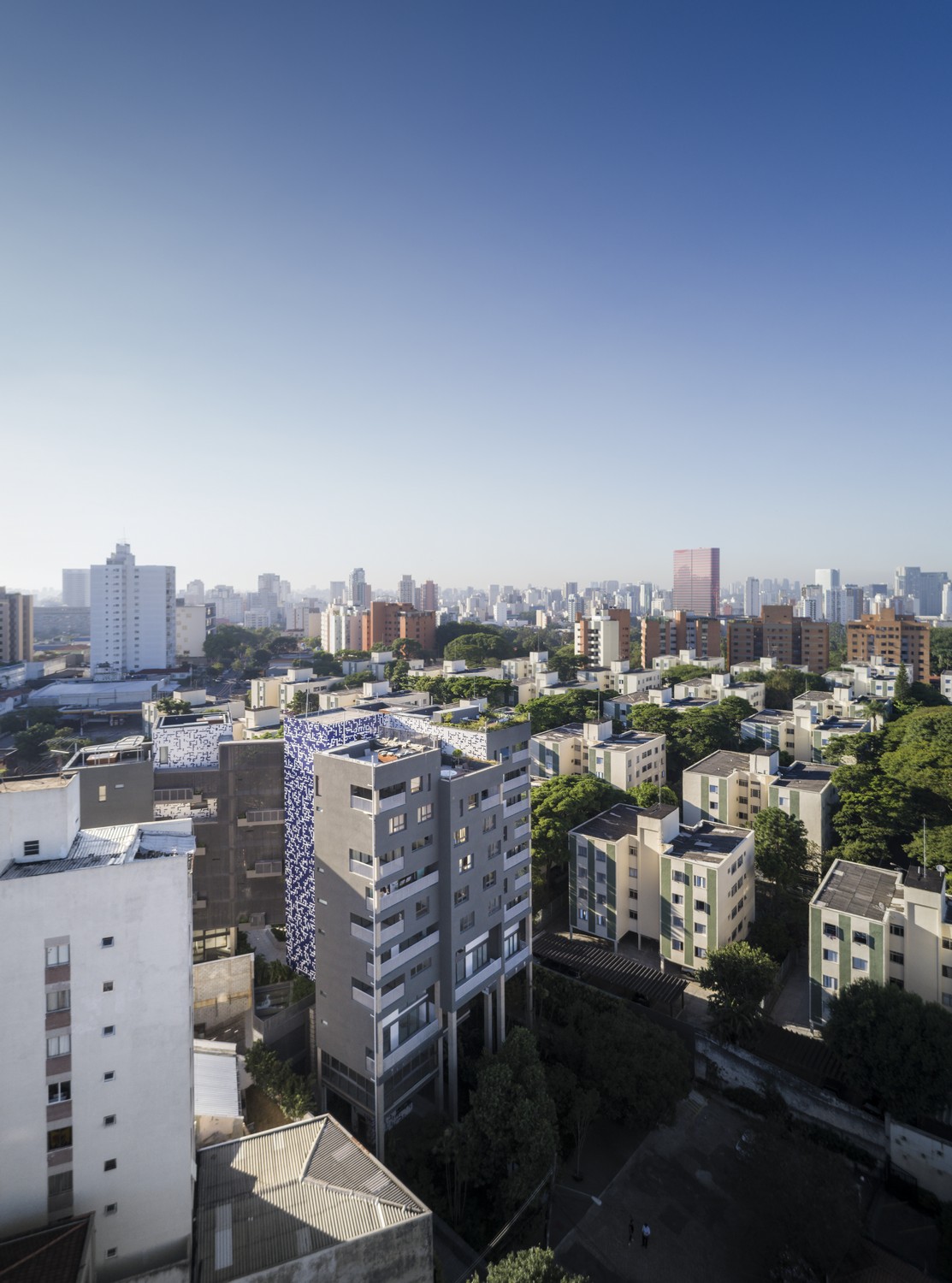 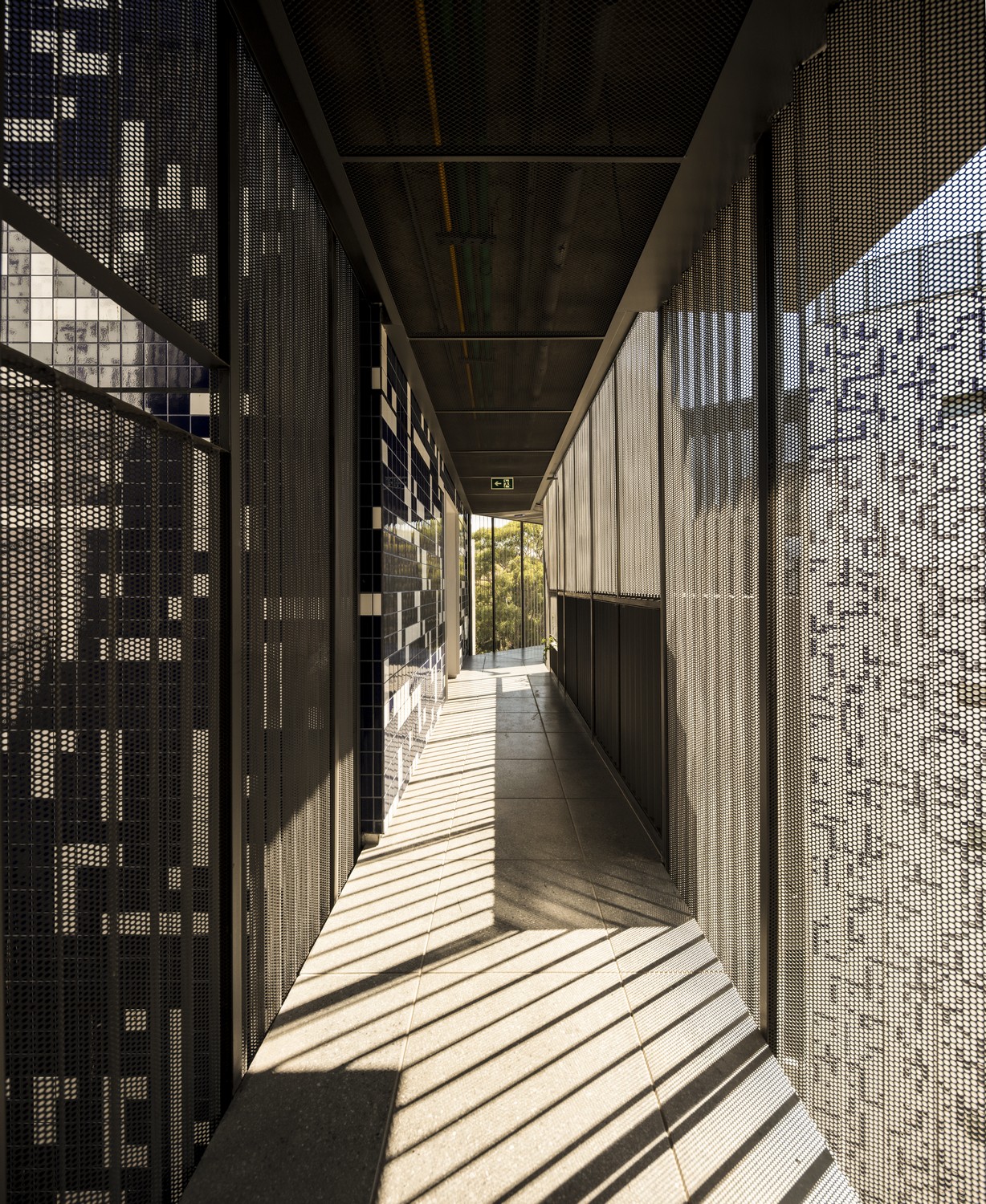 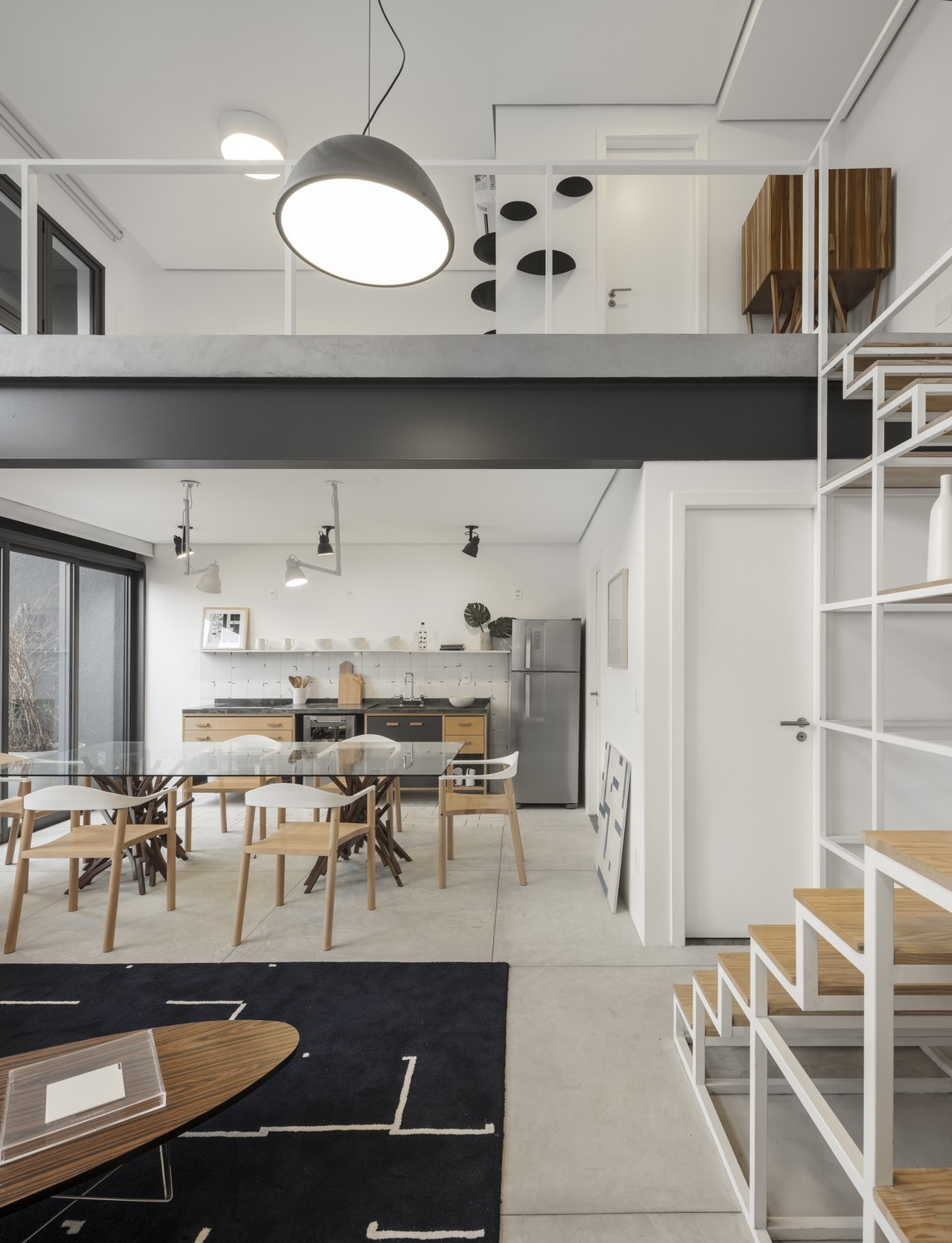 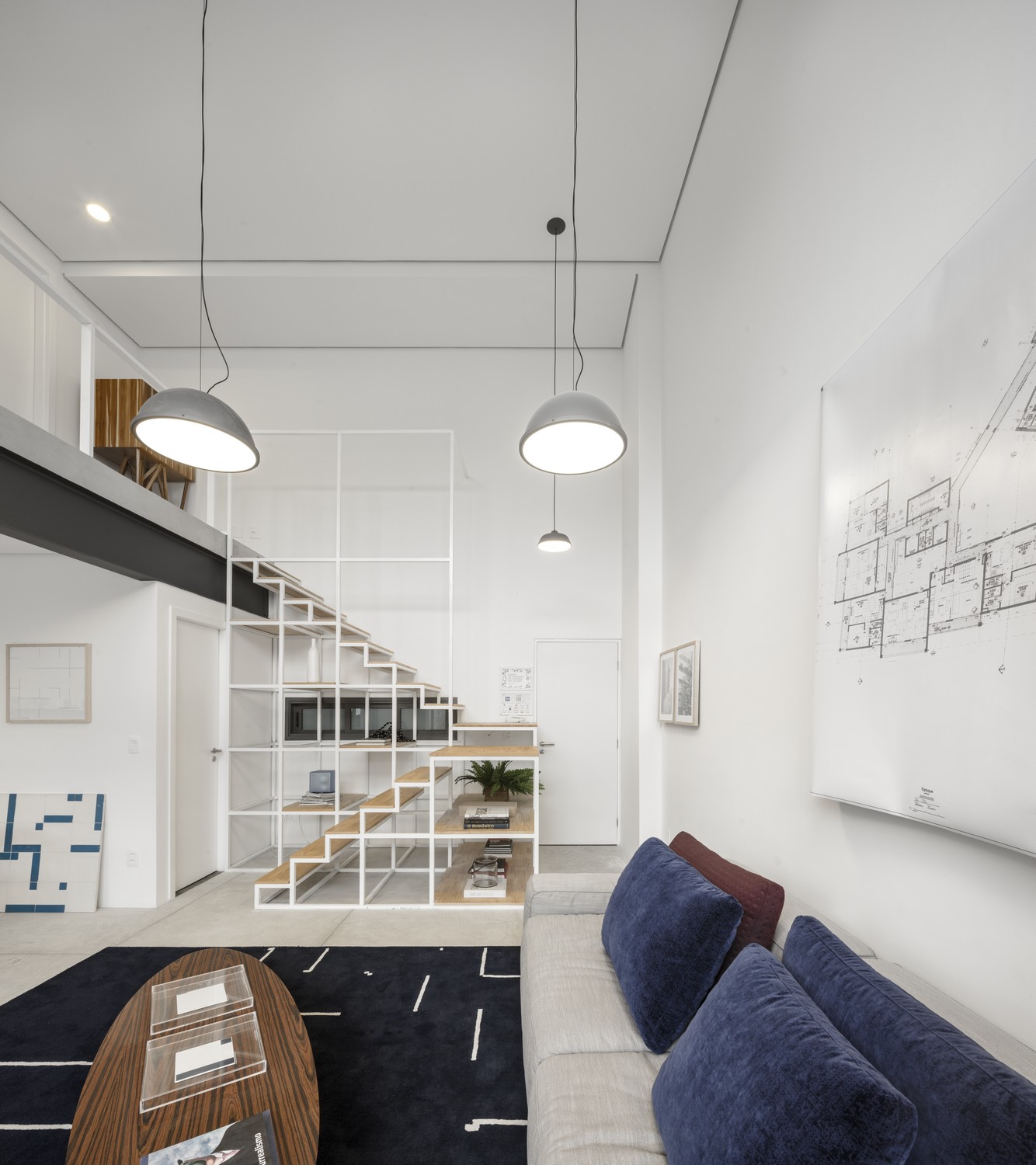 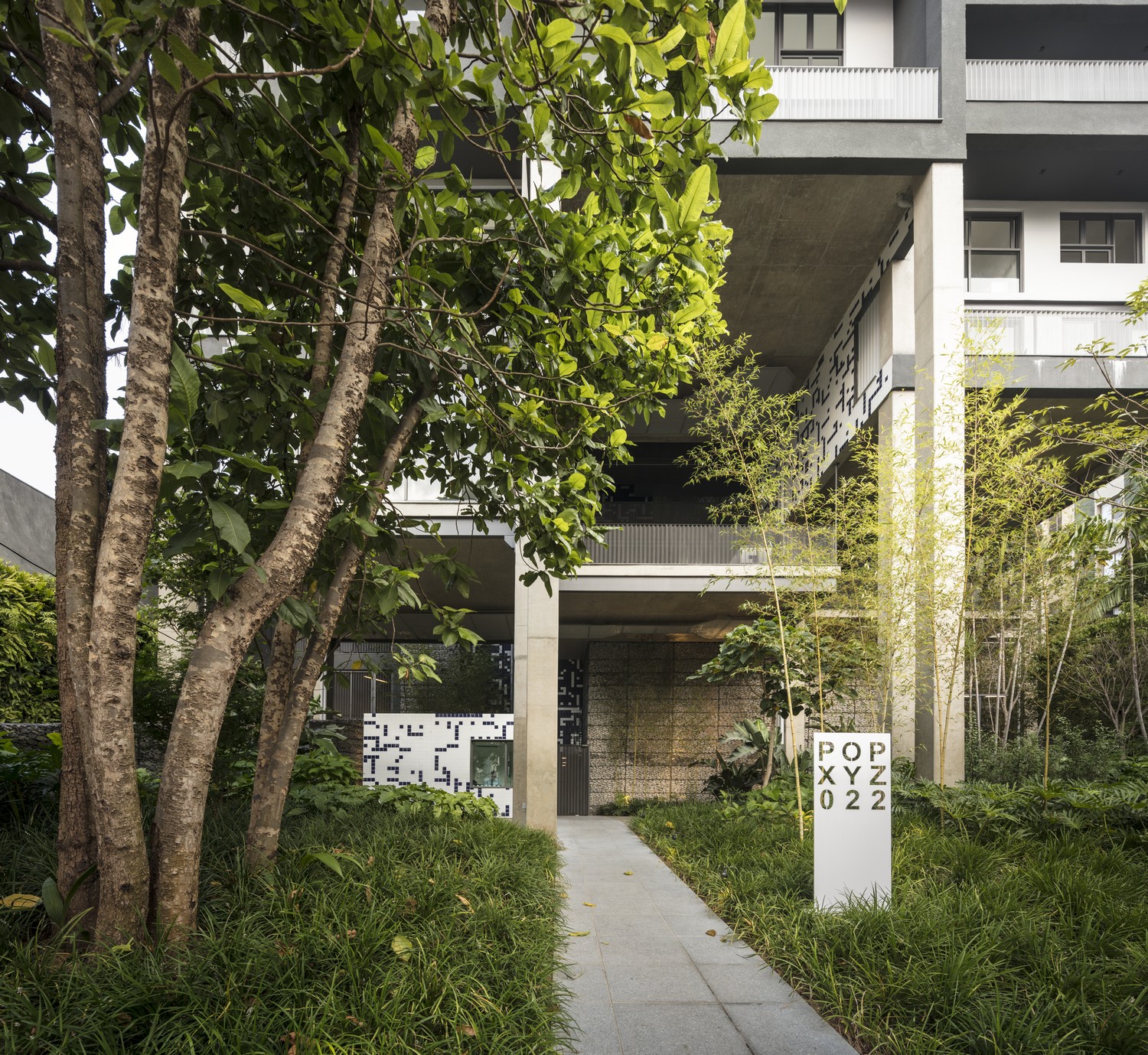 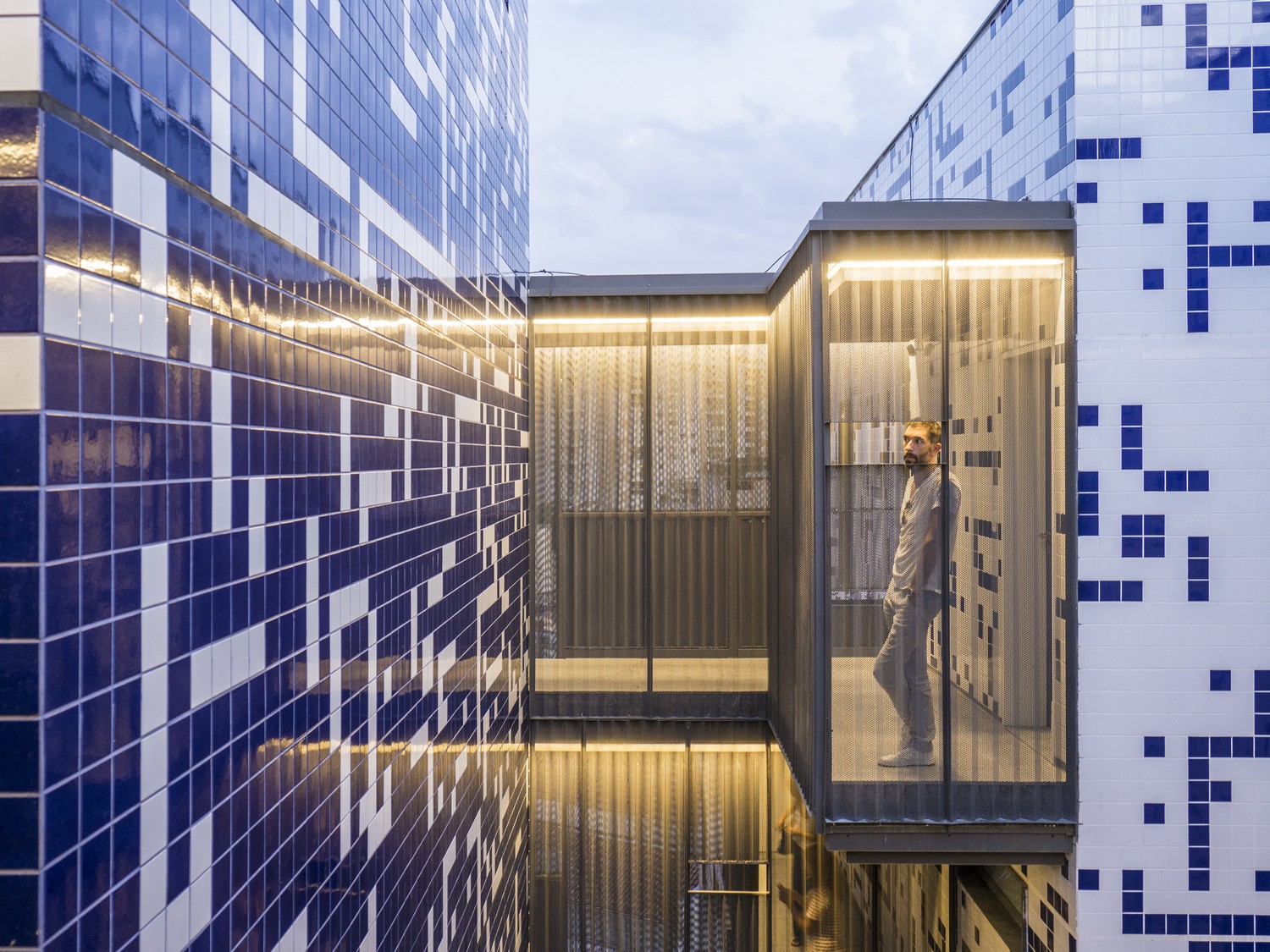 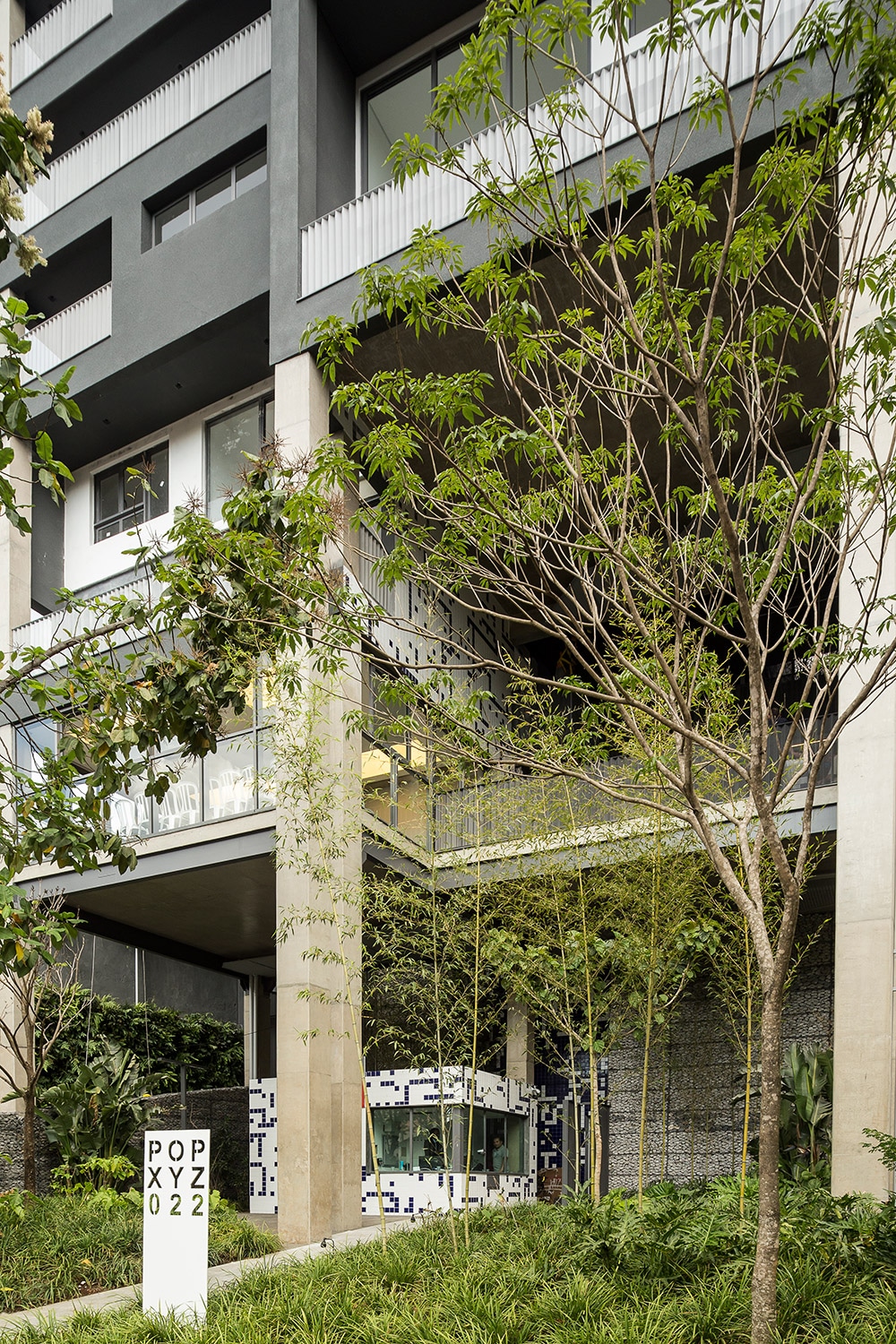 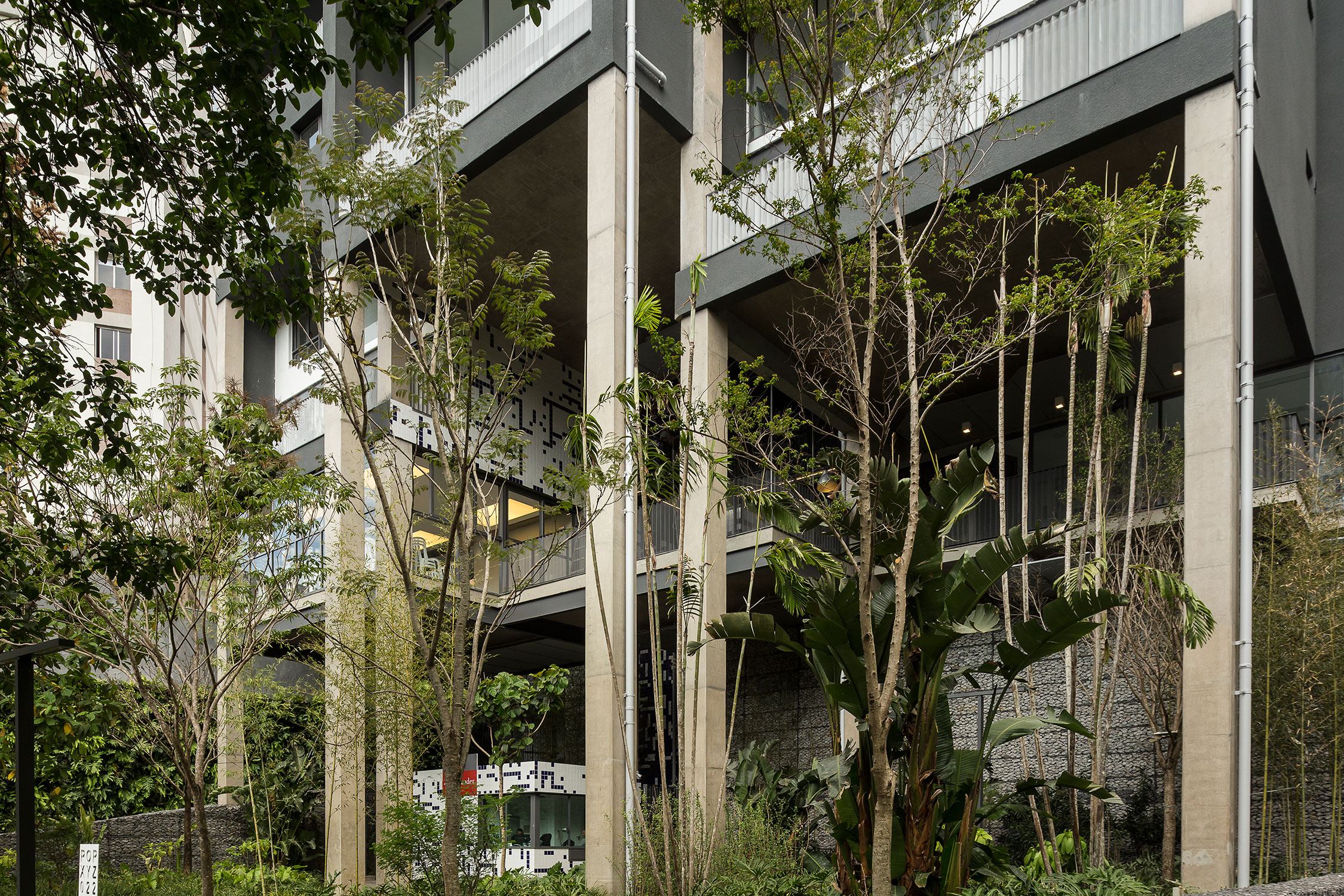