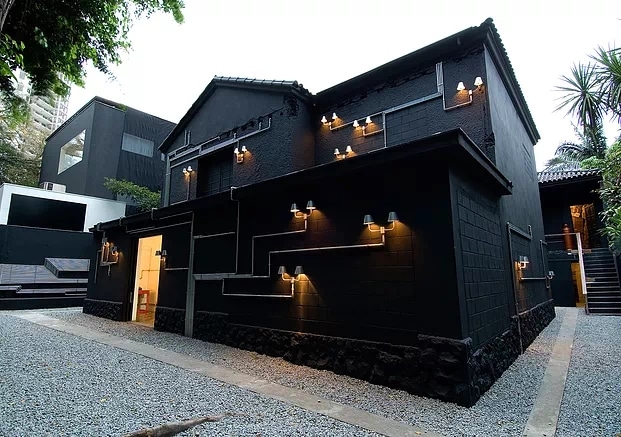 The PipeLight lighting system has been designed as a product with a shape similar to that of a living organism, which invades and takes all parts of a house, such as climbing ivy. It becomes a bridge between art and design, a platform to discuss aesthetics, functionality and artistic merit.

Unlike its source of inspiration, which goes through the process of photosynthesis, the PipeLight system feeds on darkness. Only its lamps, tubes and other apparent industrial components can reveal the architectural design blurred by the darkness of the walls. The drawings formed by the gray pipes and the lights in the walls favor the rustic characteristics of the building. When the lights are on, the design comes to life, and its simplicity is transformed into a complex game between darkness and light.

This installation is the result of an invitation from Houssein Jarouche, owner of a design store “Micasa”, a project signed by Triptyque, made in and on the abandoned house next to the store. After this installation was completed, the place received an exhibition entitled “On the other side of the wall”, where 19 of the most iconic names in Brazilian art and design took part. The show raised questions about the current state of the creative process and stimulated a dialogue between the limits of escape between art and design.

These lamps were first used on the project of the discotheque Museum, and from there, they acquired a life of their own. They will later be transformed into a product dedicated to be edited by Micasa, for special projects made by Wall Lamps. 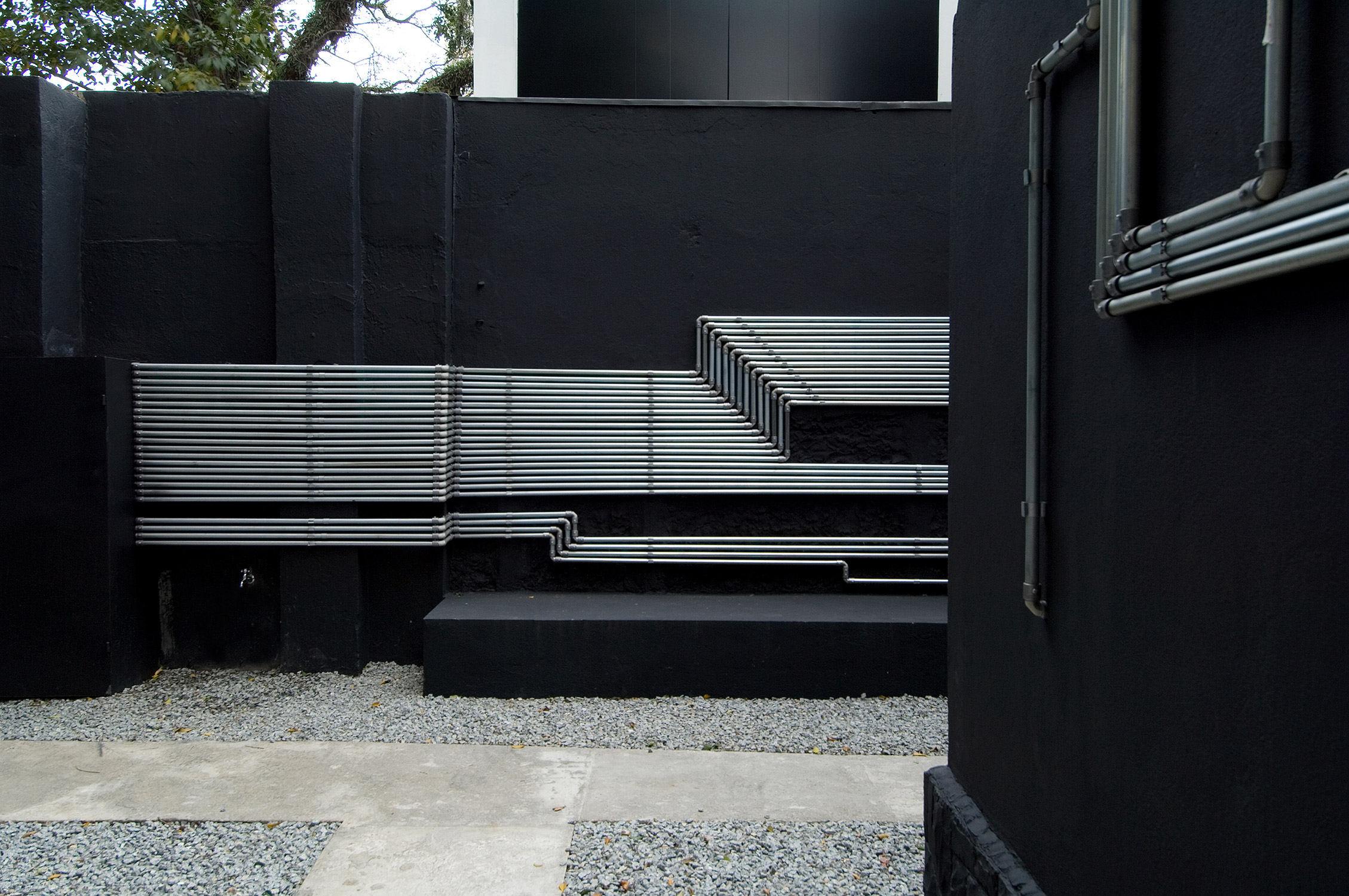 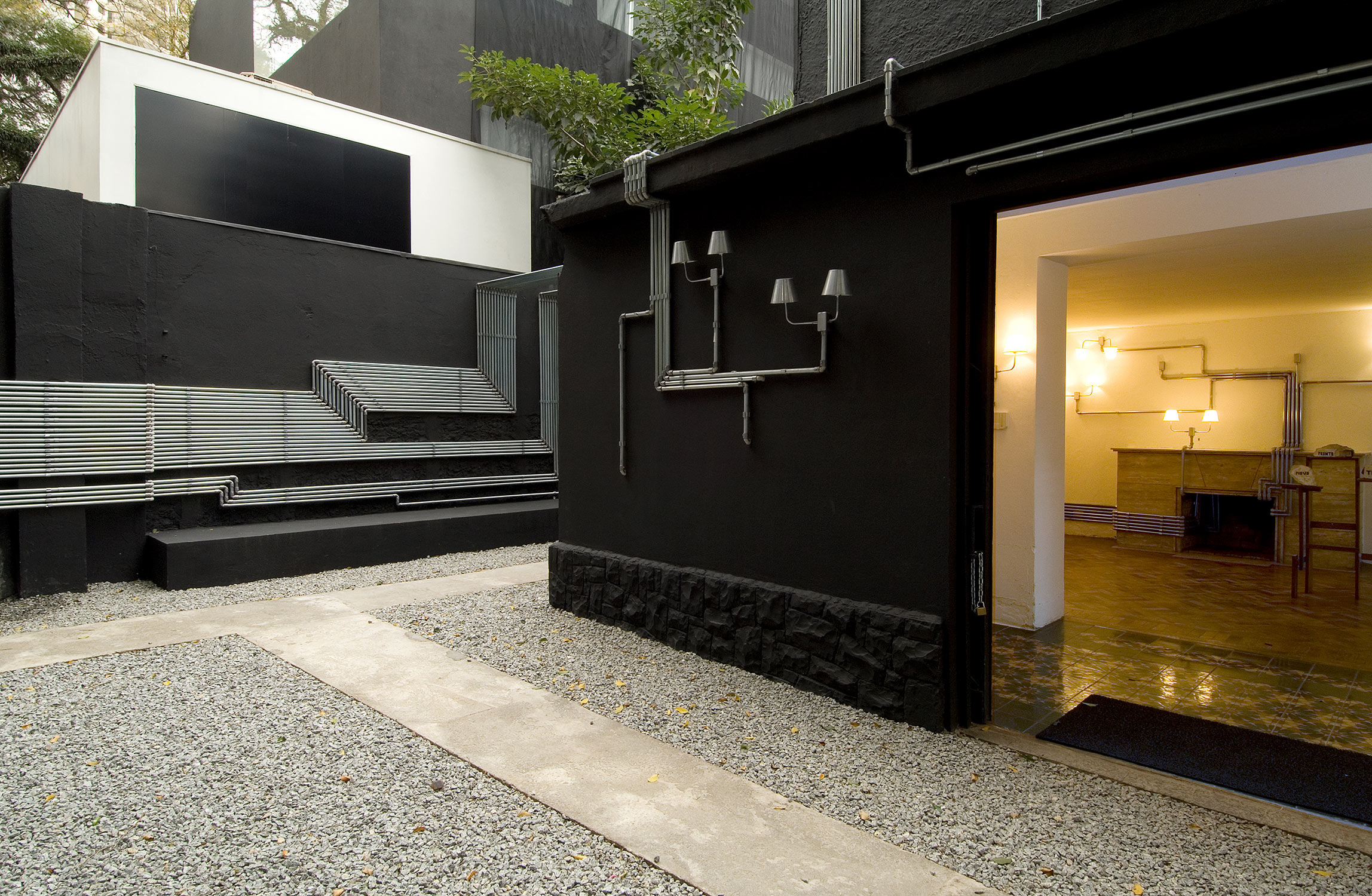 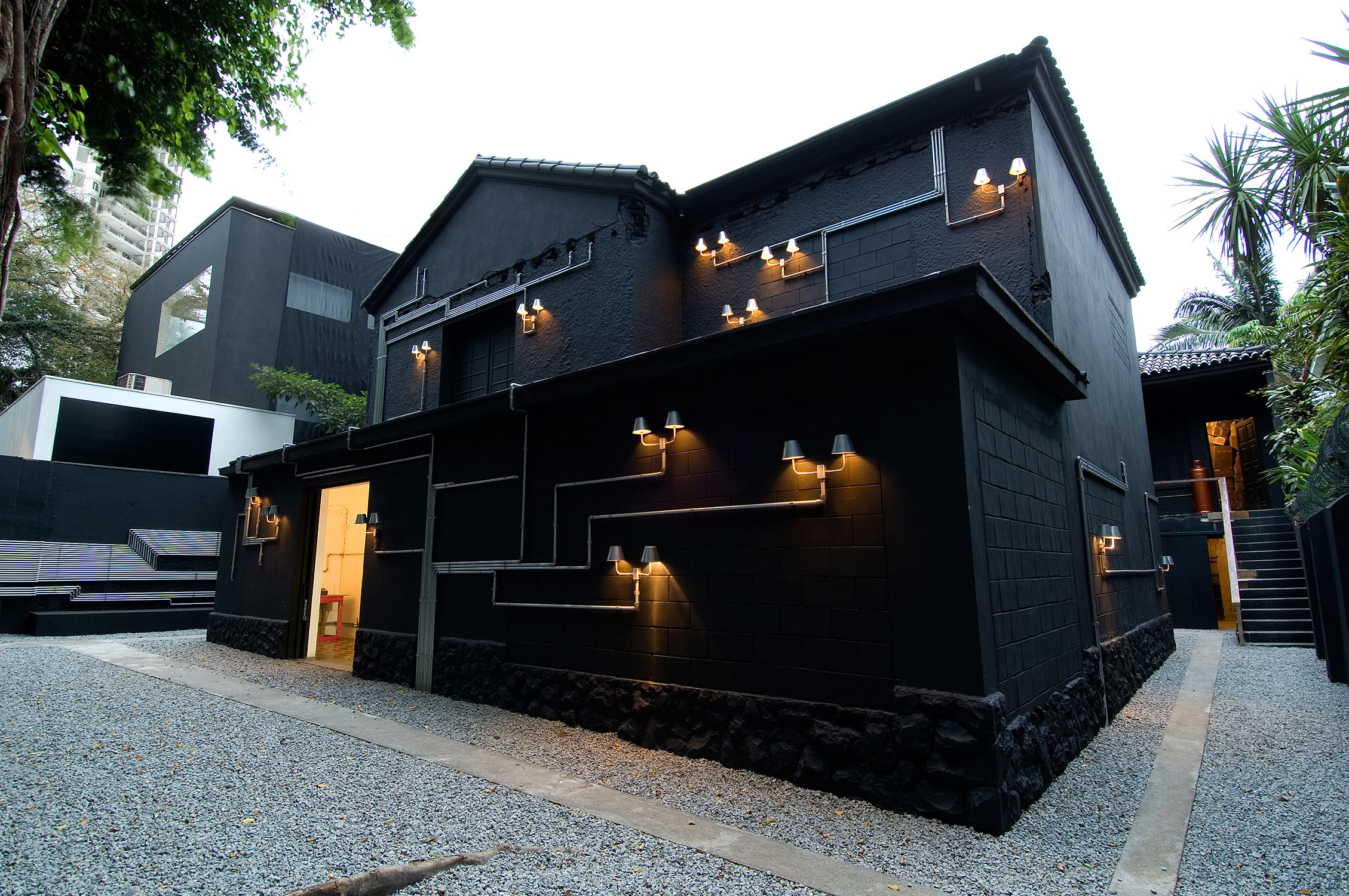 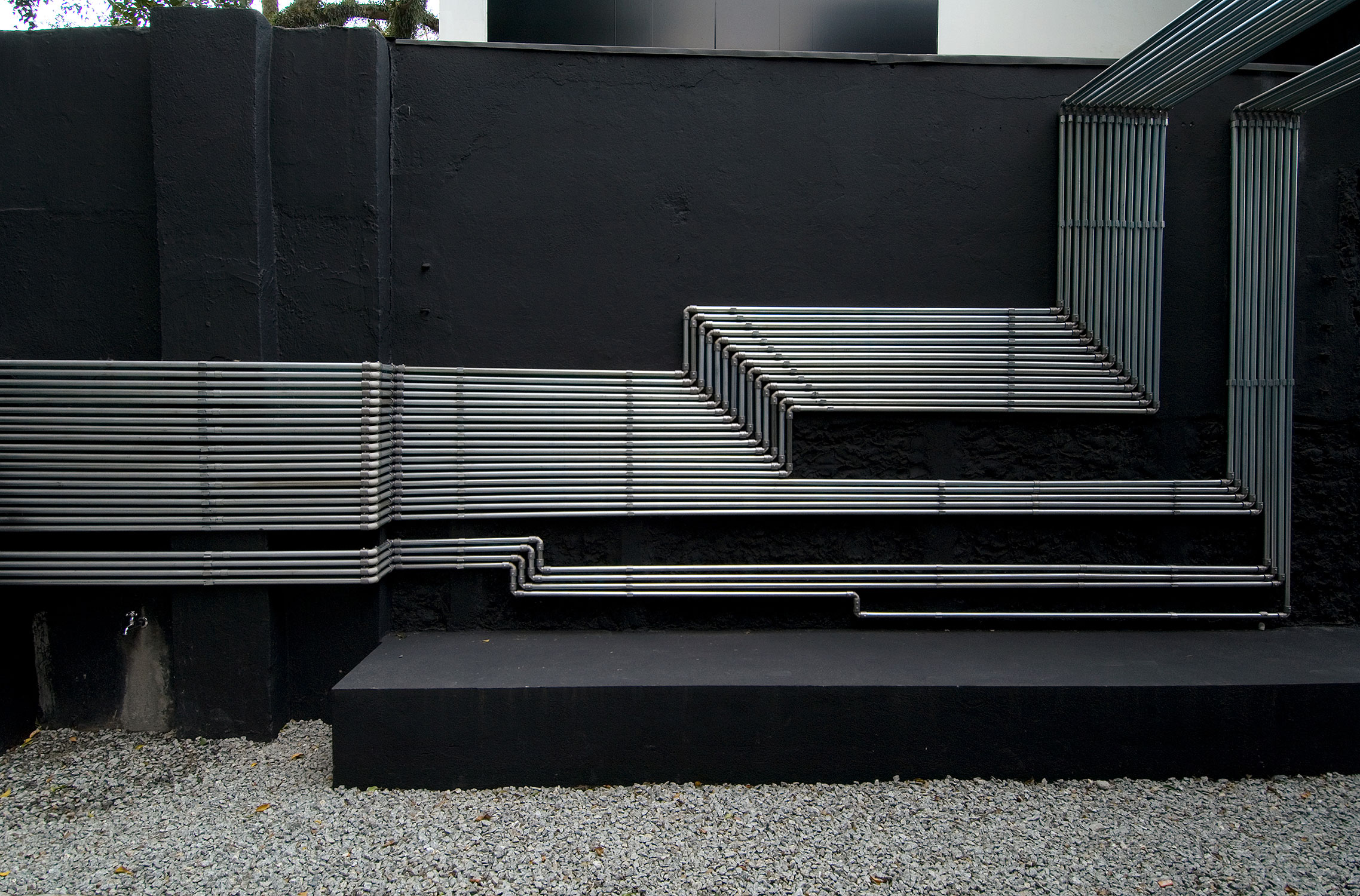 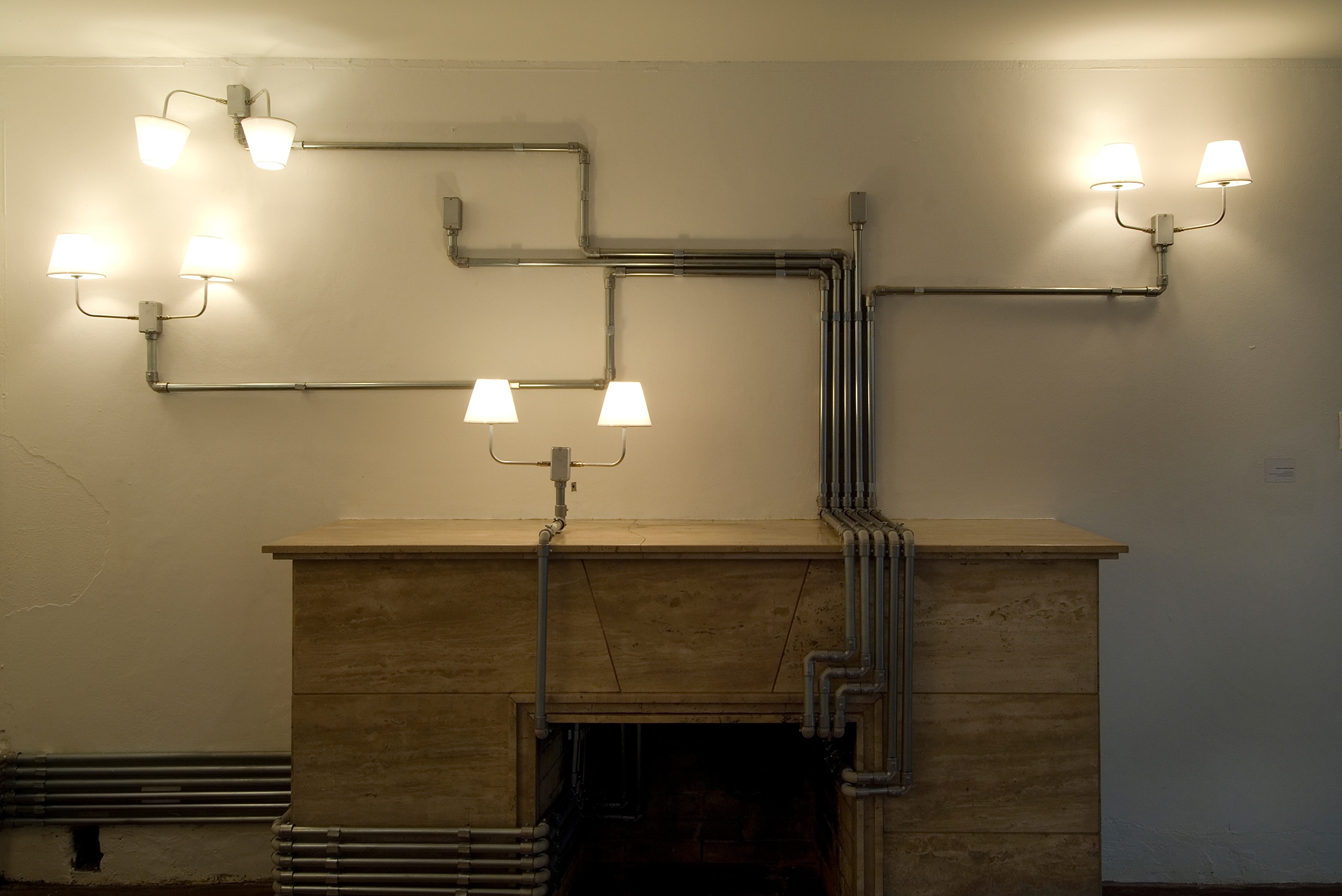 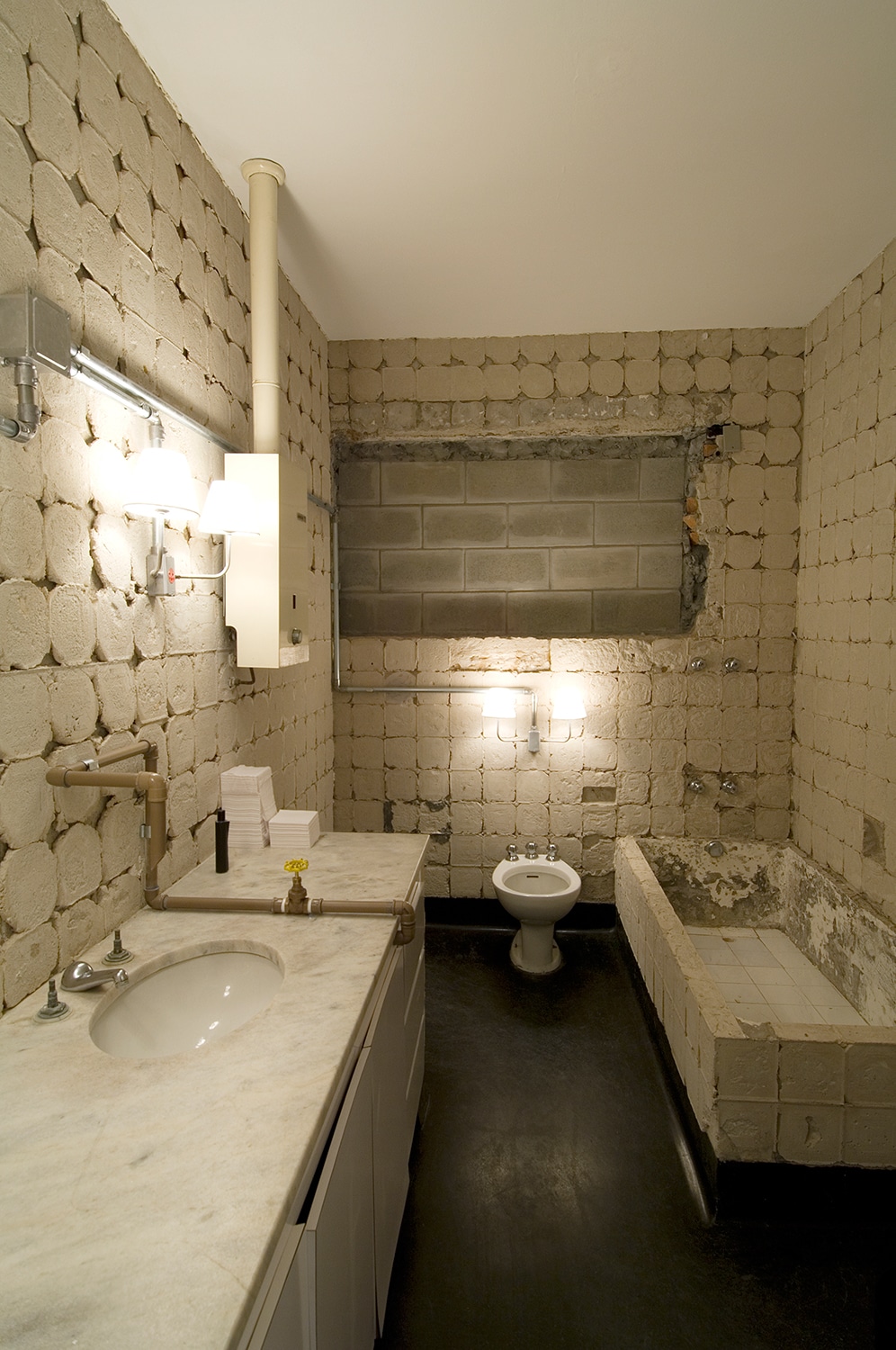 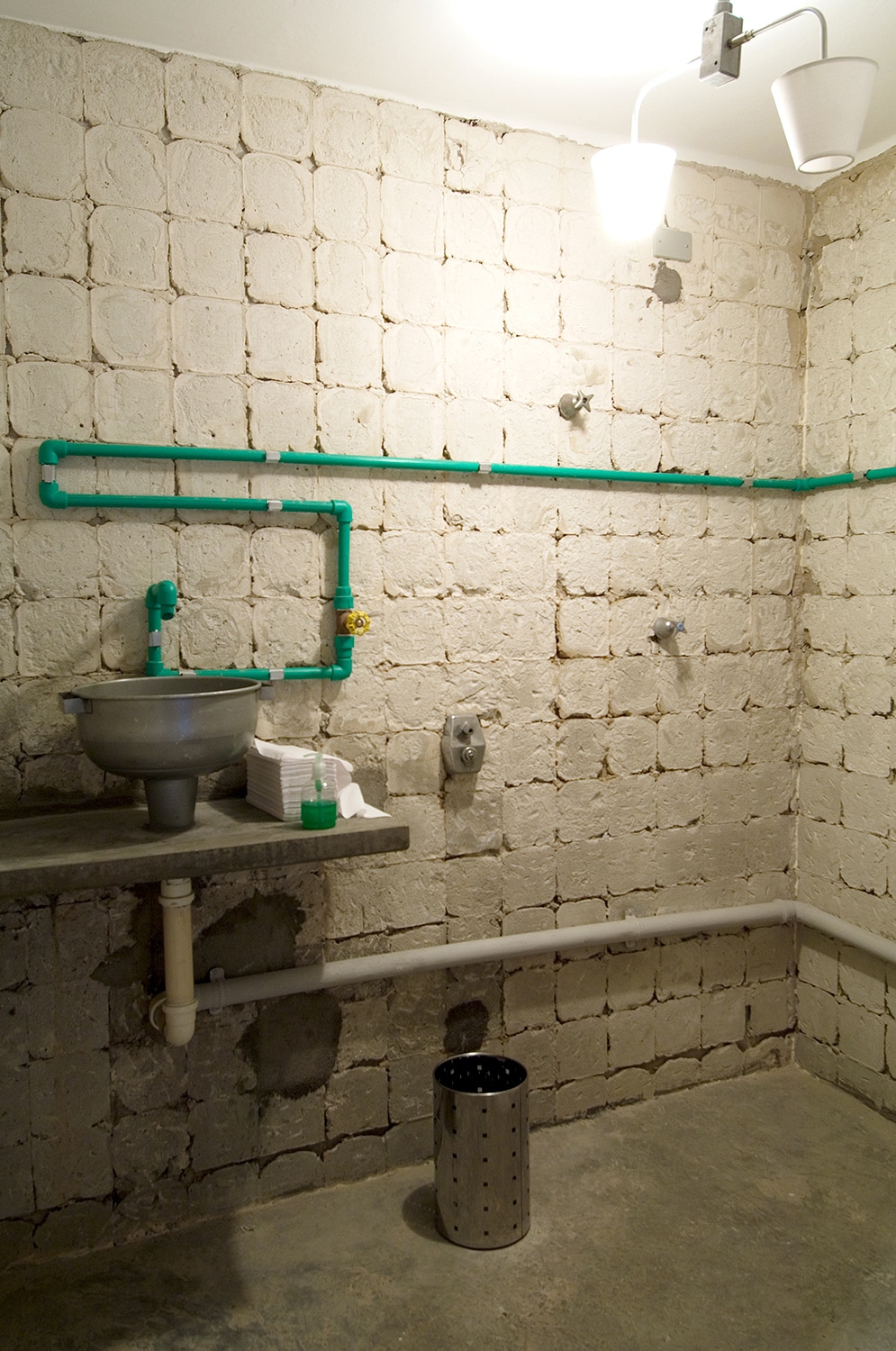 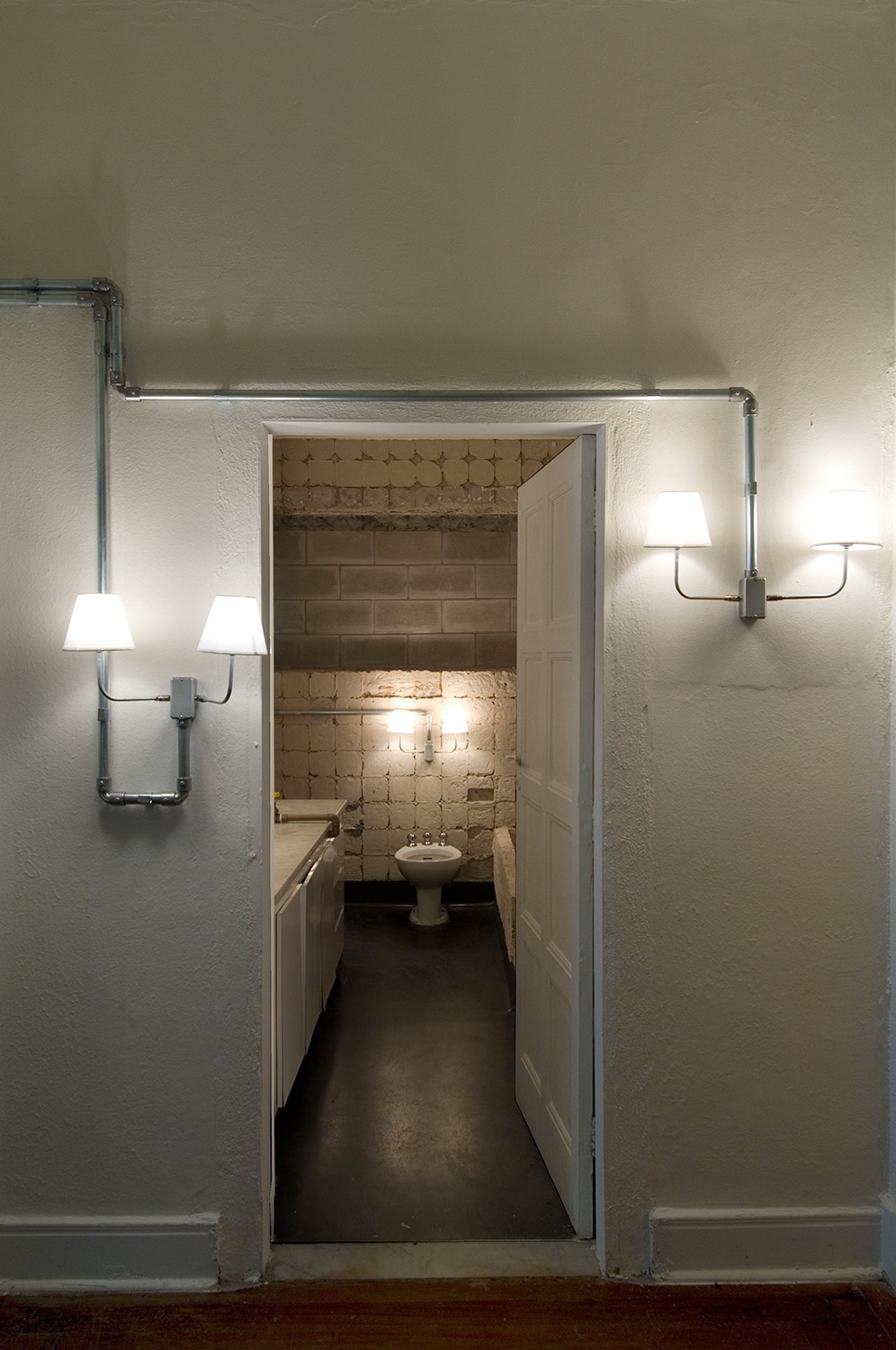