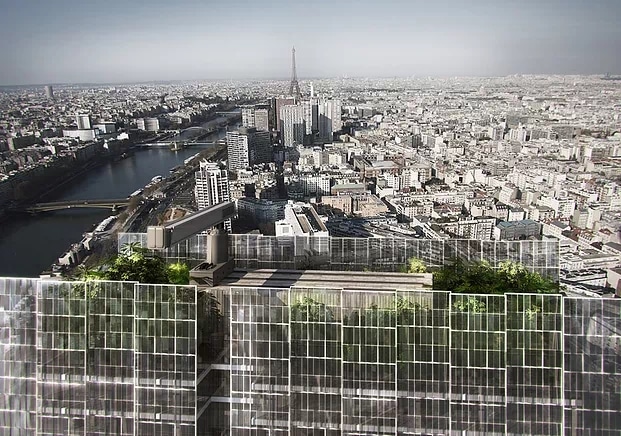 The Design Concept of the Office Tower located in Issy les Moulineaux just next to Paris is organized around two essential figures:

This is the big figure of the project. They give the tower its expressiveness while preserving extreme rationalization of the trays and the primary structure. The “Monumental Sun Breezes” are designed as the sides of a juppe. They are upright on the north facade, and “wrinkled” on the south facade. Following the alternation of plateaus 26 meters and 29 meters deep, these deployments on the south face allows to punctually preserve the “vegetable greenhouses” behind them bringing a touch of greenery to the project.

We searched for a space organization that favors an oblong shape for the office tower. We created notches (dihedrons) over the entire height of this one to multiply the lines of leaks and to obtain a “sharpy” volumetry. The game of “loosening” of the lenses of the outer double skin contributes to weaken its massiveness and give it a diaphanous and unreal appearance. It appears therefore very light and sensitive. In addition, the sobriety of the building gives it a timeless character establishing a subtle and lasting dialogue with its context. 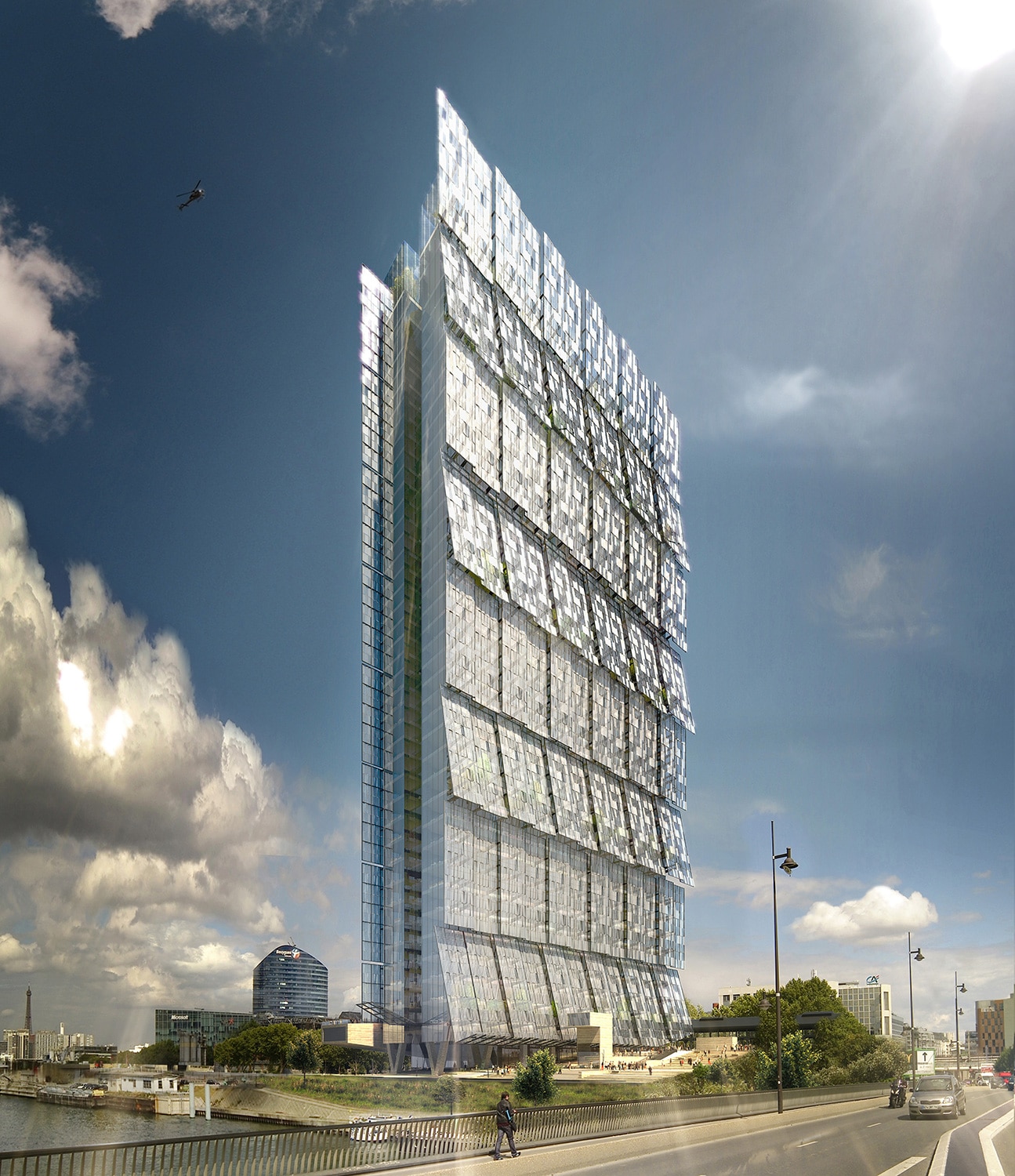