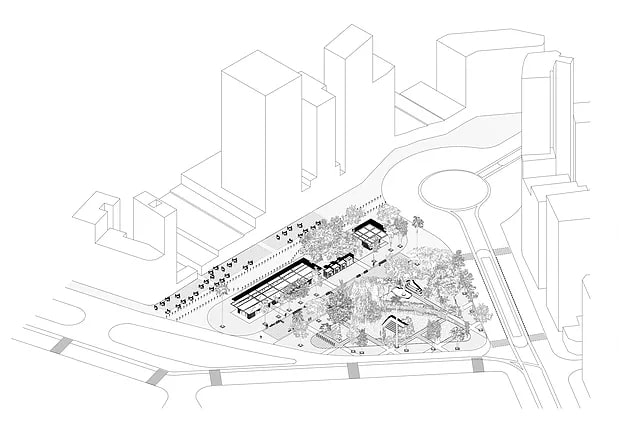 Largo do Arouche is a place in the iconic São Paulo Center for local residents, for the LGBT community, for the social agents who work there, but also for its flower market and newsstands. Through private public collaboration Triptyque Architecture is in charge of its urban requalification. Triptyque wanted to preserve both the identity and the history of the place while installing contemporary elements.

This diurnal and nocturnal place has, according to a survey of its users, two emergencies: safety and cleanliness. To answer it Triptyque has implemented several measures, first a lighting at the height of trees that will benefit both pedestrians and cars, an enlargement of the square, and a system of drainage of rainwater by the renovation of evacuations.

Triptych also designed the street furniture of the place: a new flower market that will be open on both sides and a newspaper stand sheltered under a metal structure cantilevered forming a canopy on a central pillar that will collect rainwater . This quiosque will also benefit from a vertical garden powered by harvested water and solar panels to be energetically autonomous.

Because the challenge of the Largo do Arouche project is to be environmentally responsible for the demolition, the development until the implantation.

The set of trees planted will be preserved and it is planned to set up a community vegetable garden.

For its preservation, the square will be equipped with public toilets whose design has been awarded. To bring it well and activity, the place will have a children’s area, a space for dogs, as well as a stage and a platform that will allow spontaneous demonstrations by the local population. 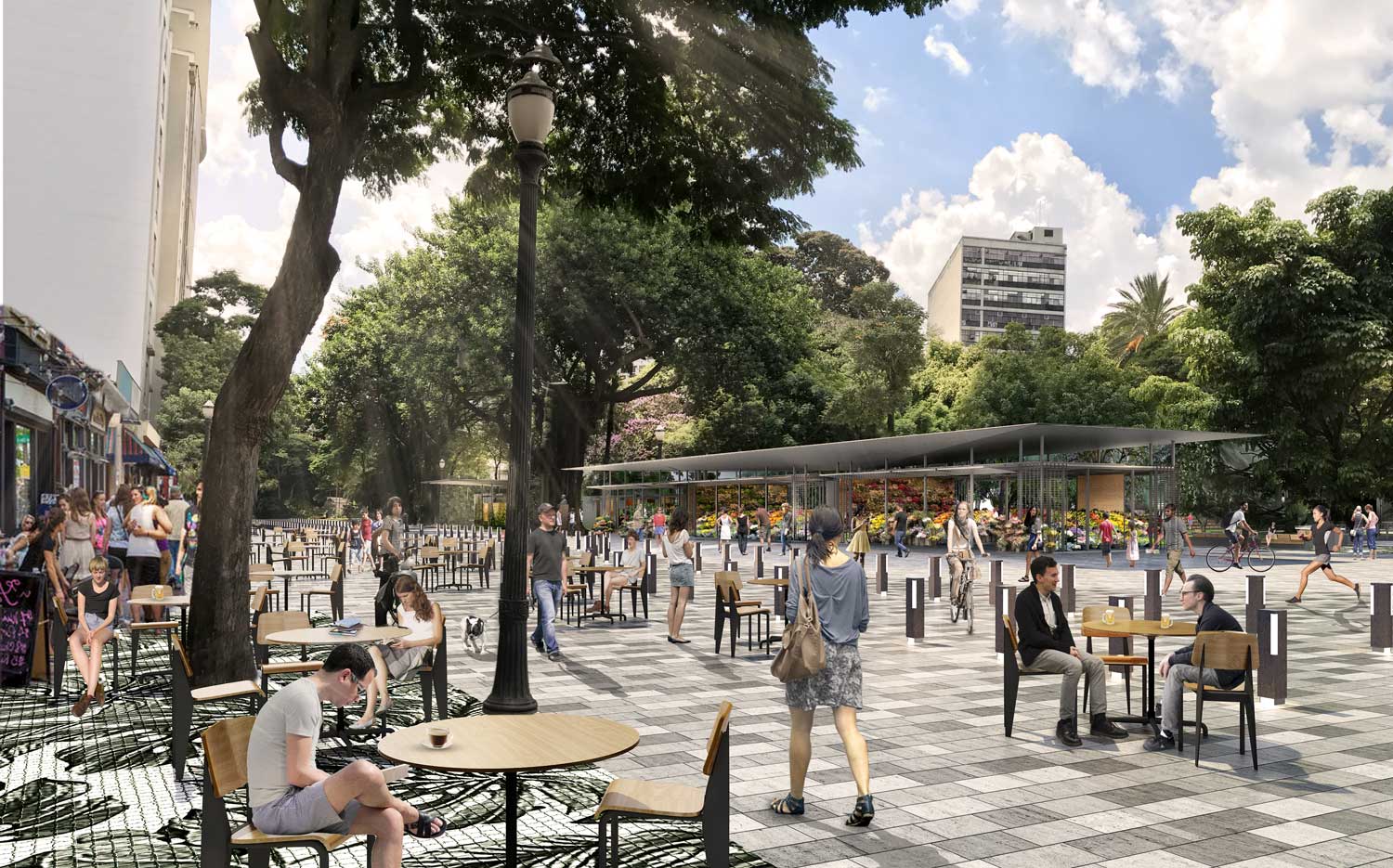 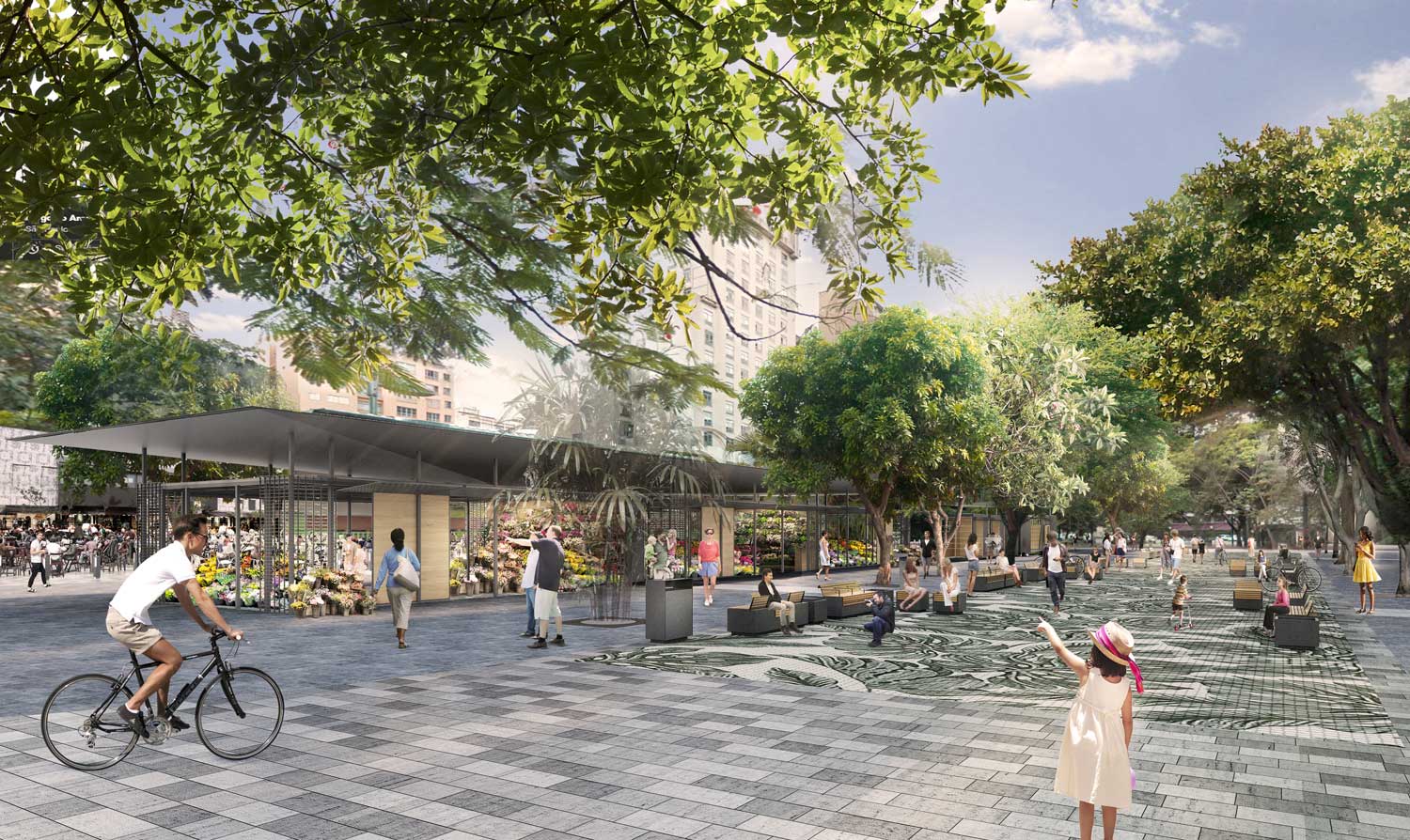 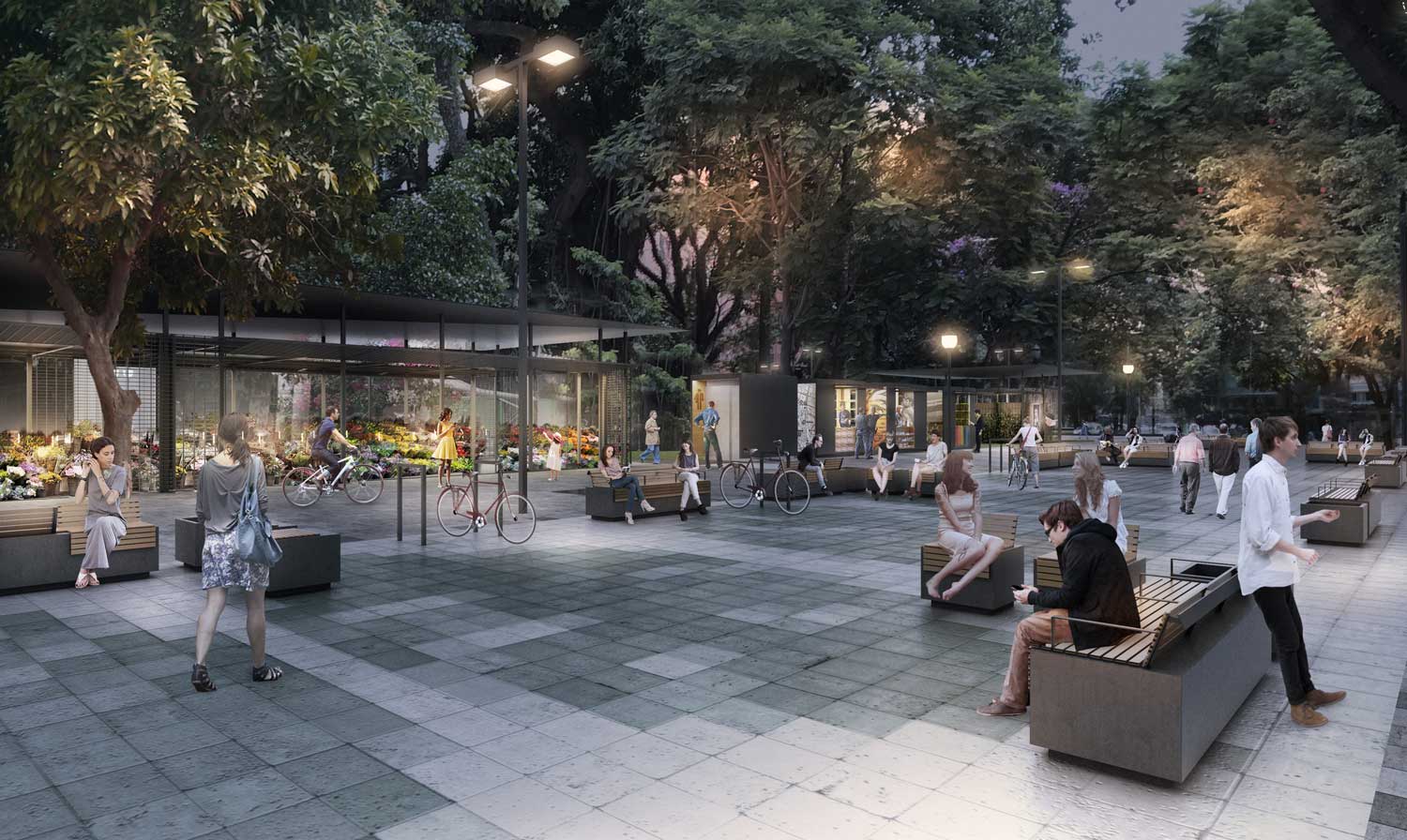 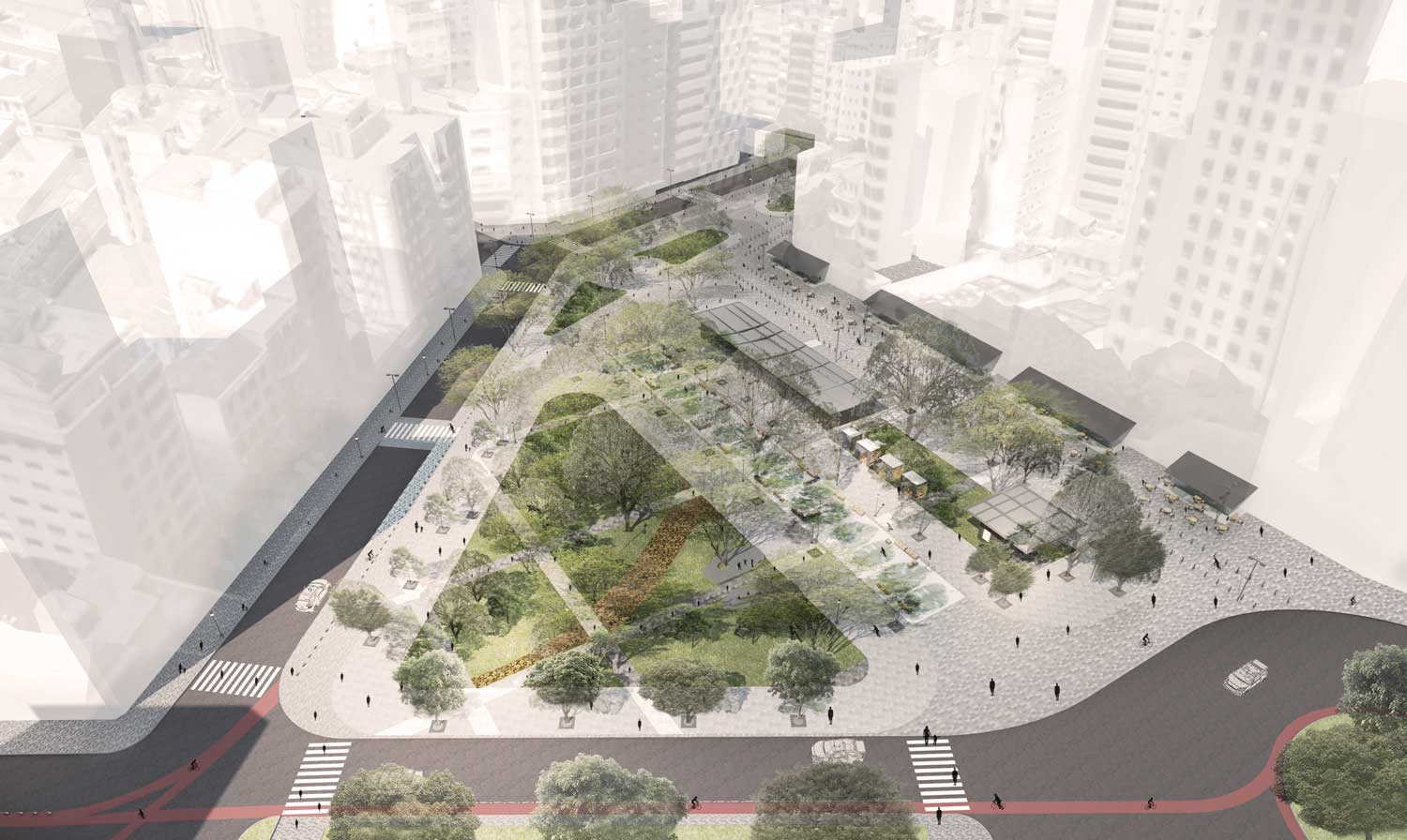 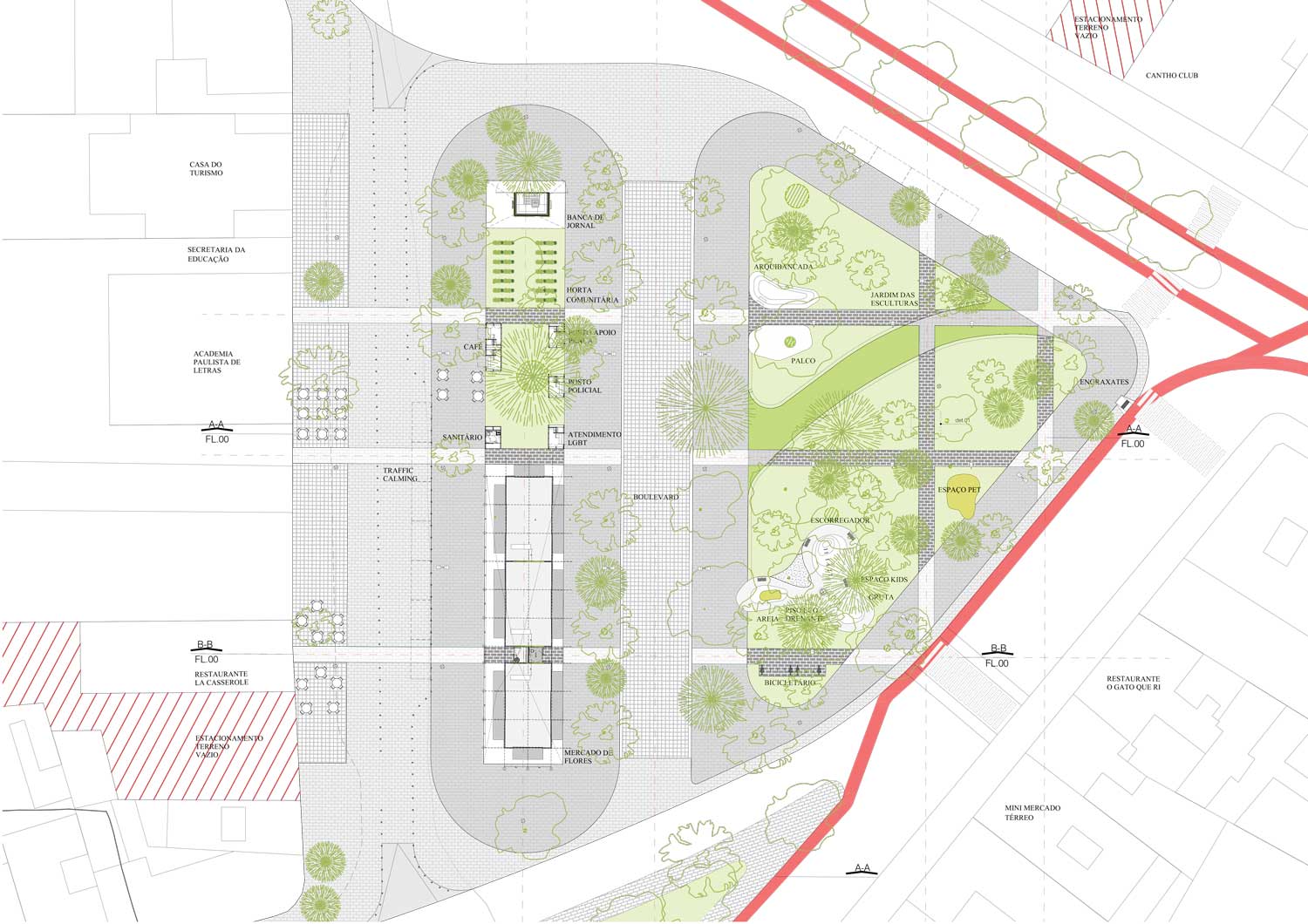