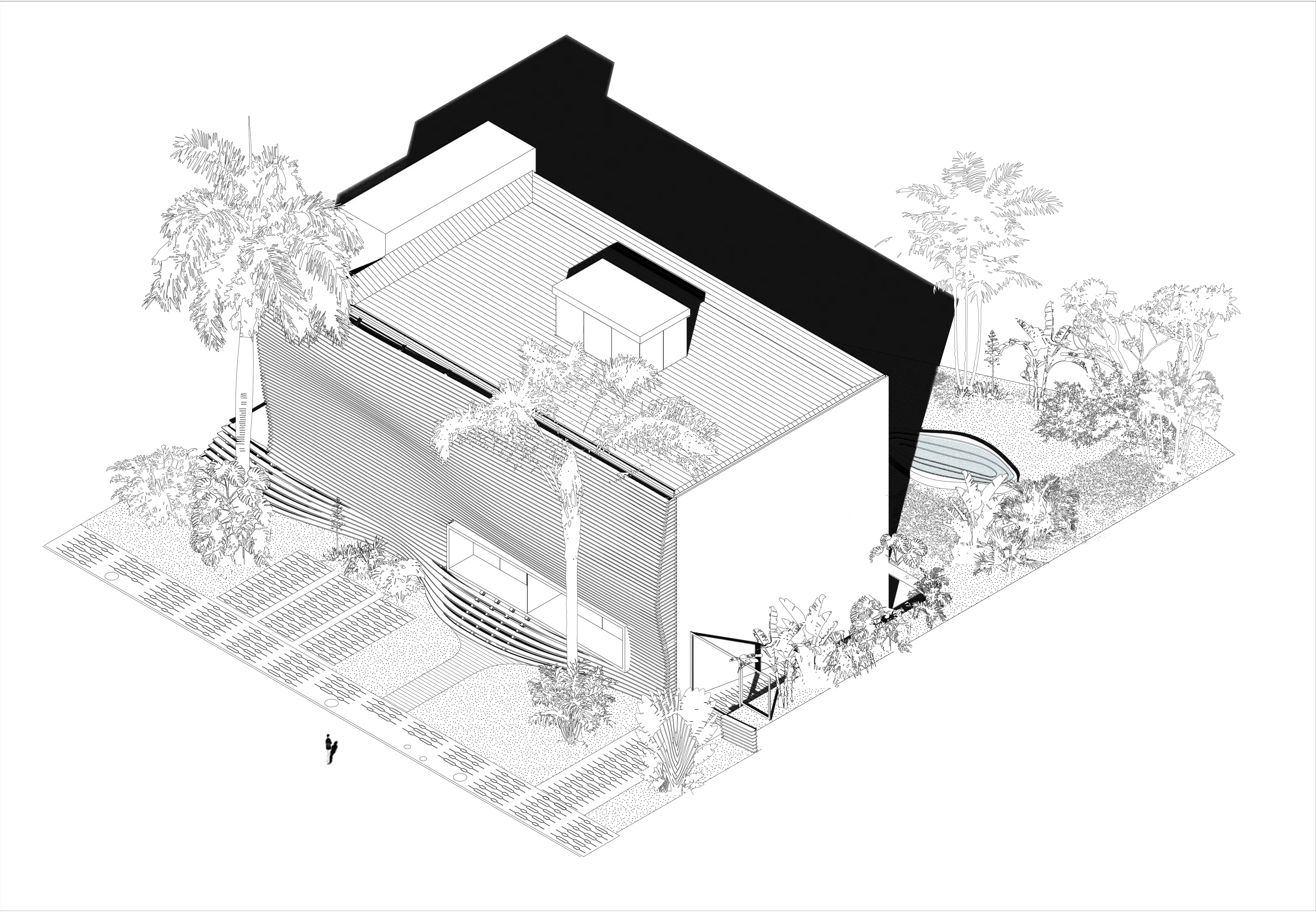 ISO_Colombia_TriptyqueThe shape of the solar shading – a traditional element of tropical architecture – is at the center of this architectural project.

Located in an old, radically changing neighborhood, on an avenue with intense traffic, facing the sun, the building is the powerful and organic incarnation of the urban and natural “aggression” of the emerging subtropical city. The project has decided to feed on the interaction of two “aggression”: noise and sunshine.

The noise level of street traffic becomes a powerful atonal symphony at Stockhausen’s “helicopter-quartet”. He sculpts the facade of the building: a membrane of brise-soleil, organic, fluid – which – as under the effect of waves of sound waves is deformed – internally creating plies of luminous intensity, and different temperatures. A second filter, on the inner wall of glass, equalizes these differences by a set of opaque heat layers in serigraphy, exactly negative of the deformation of the breeze.

This facade-membrane is pierced by a “plug” – a concrete frame – link between the outside environment and the interior of the building. The back facade, like a binary musical score – pacified – opens onto the tropical garden. The three floors are structured by a strong vertical element: a concrete staircase. Its geometry in folded plans – from the car park to the solarium – connects and forms spaces. 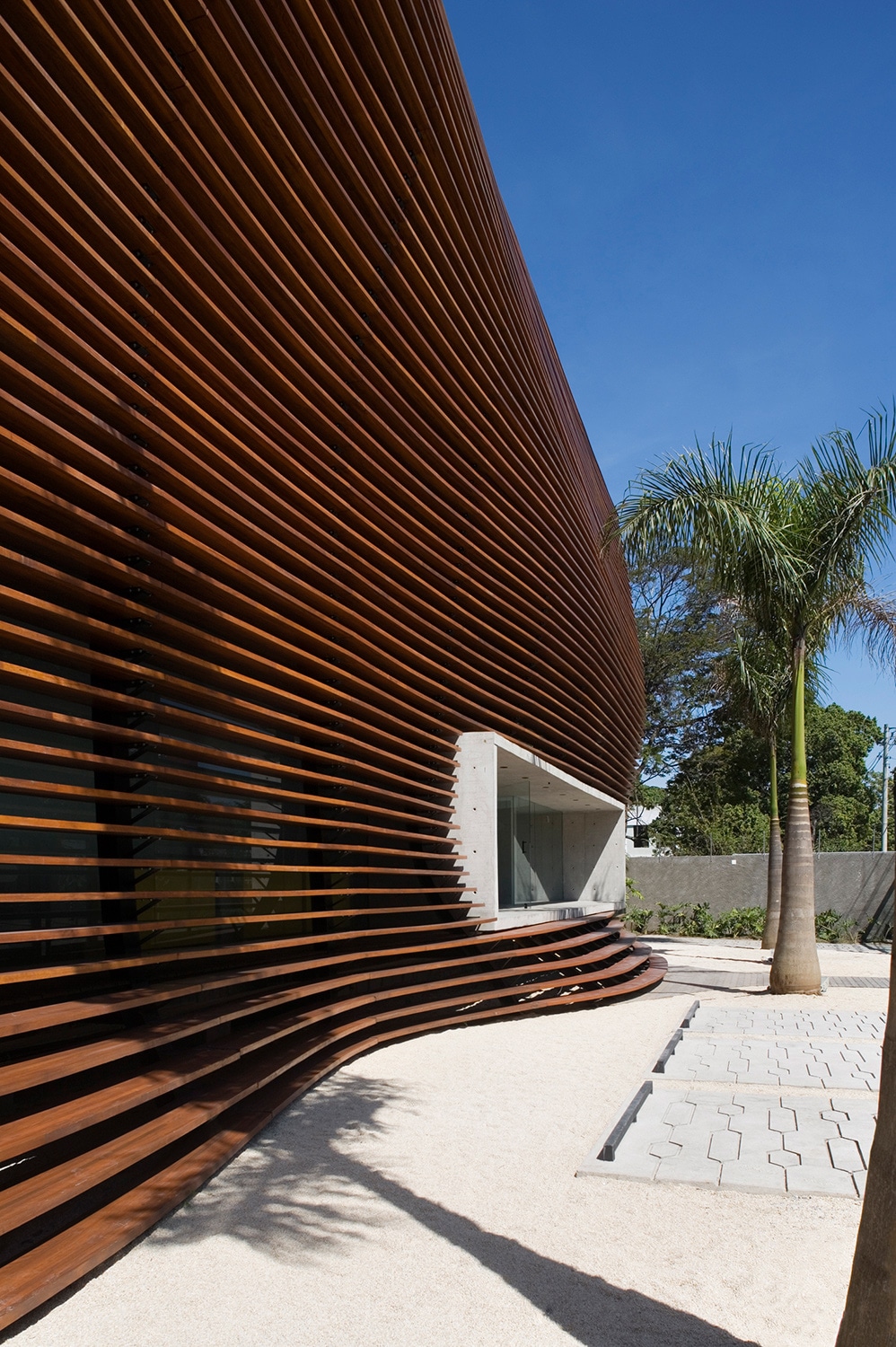 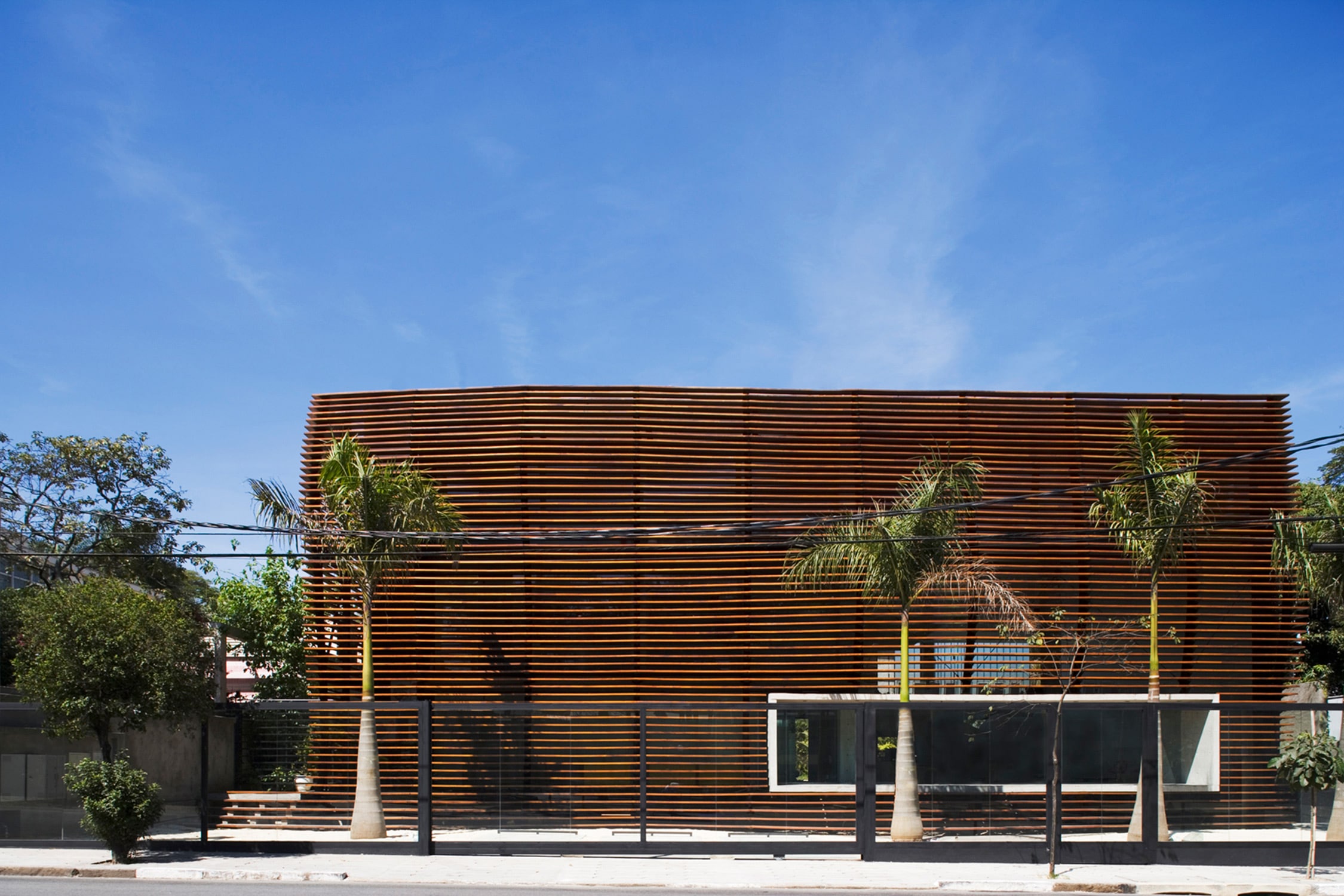 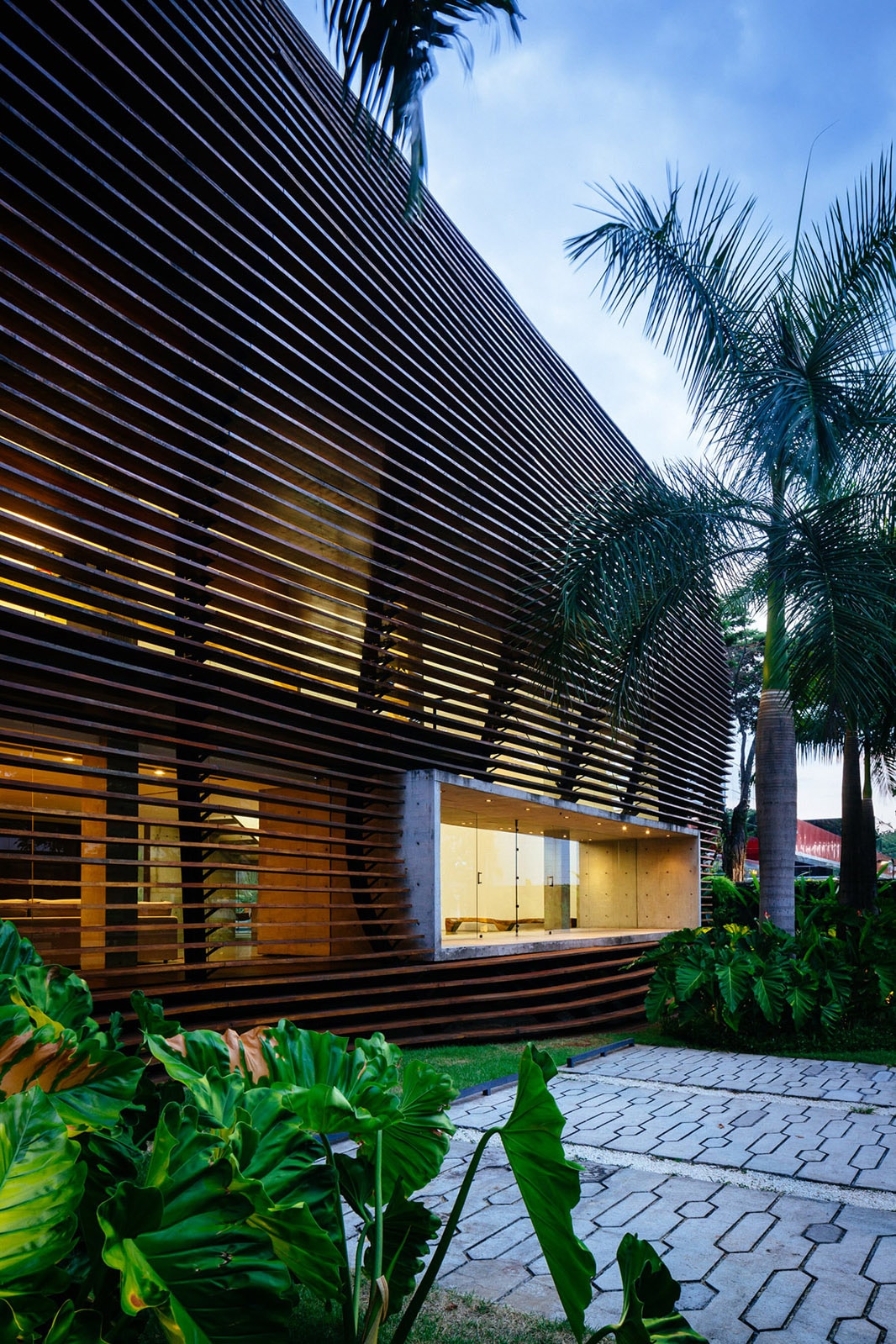 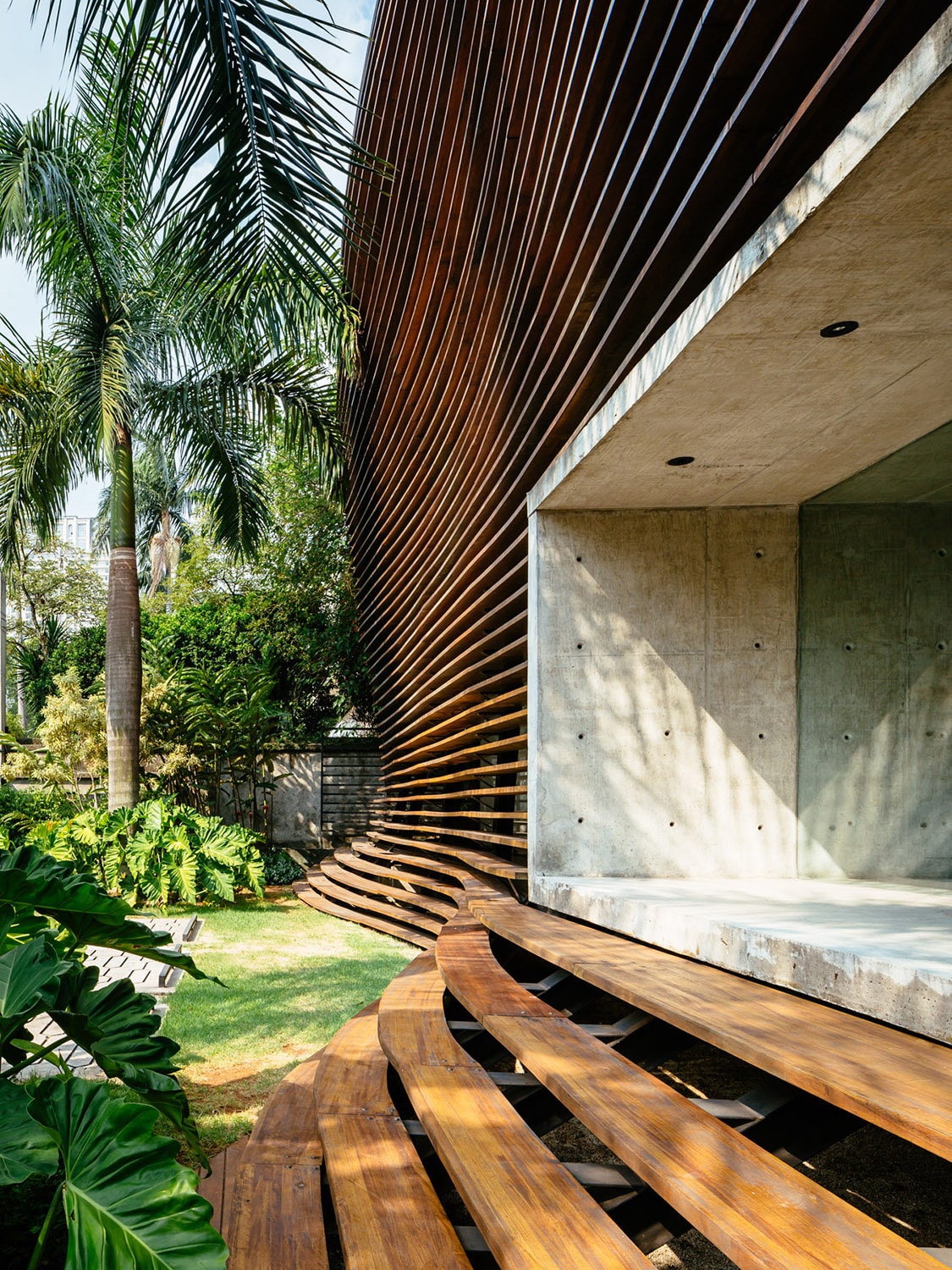 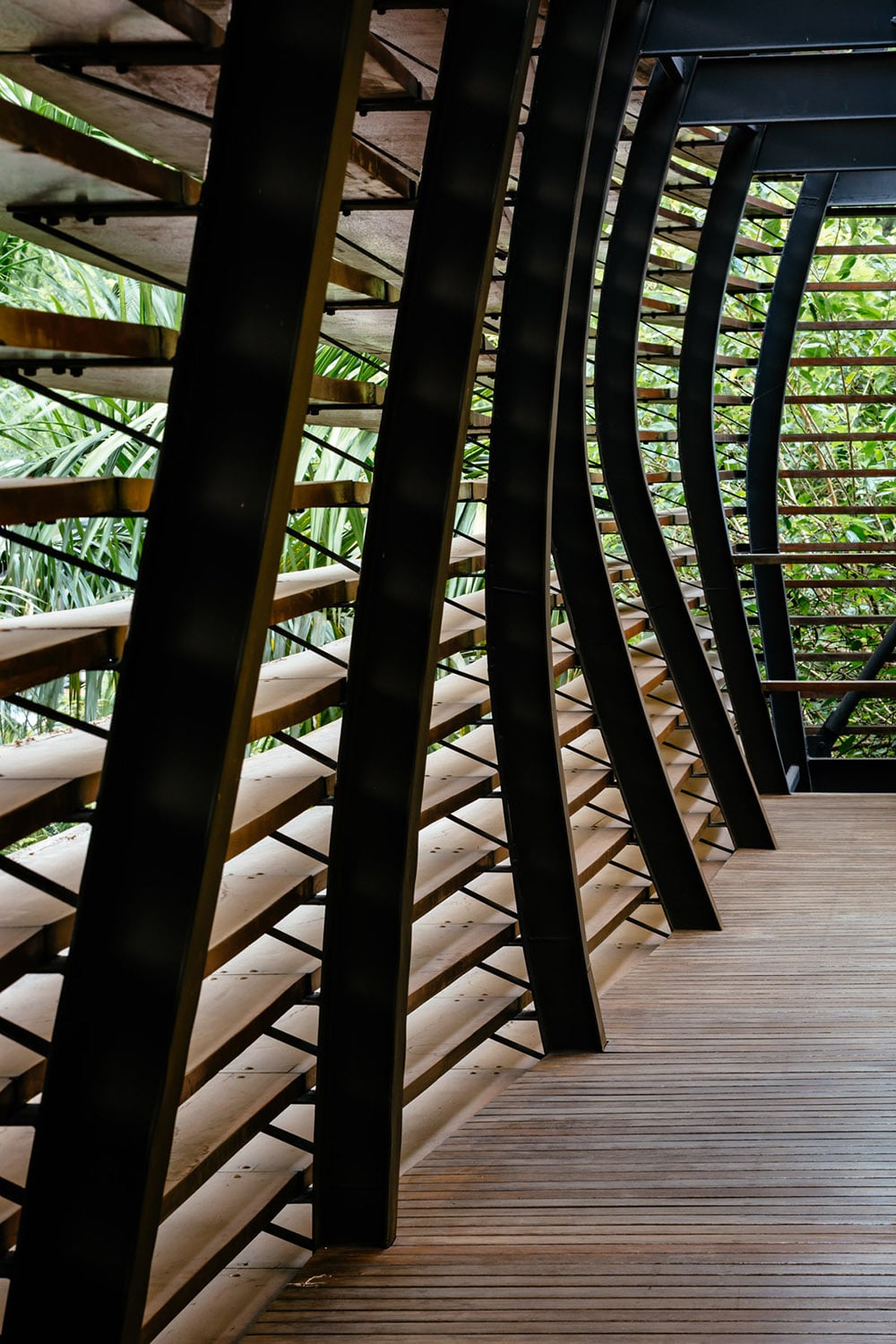 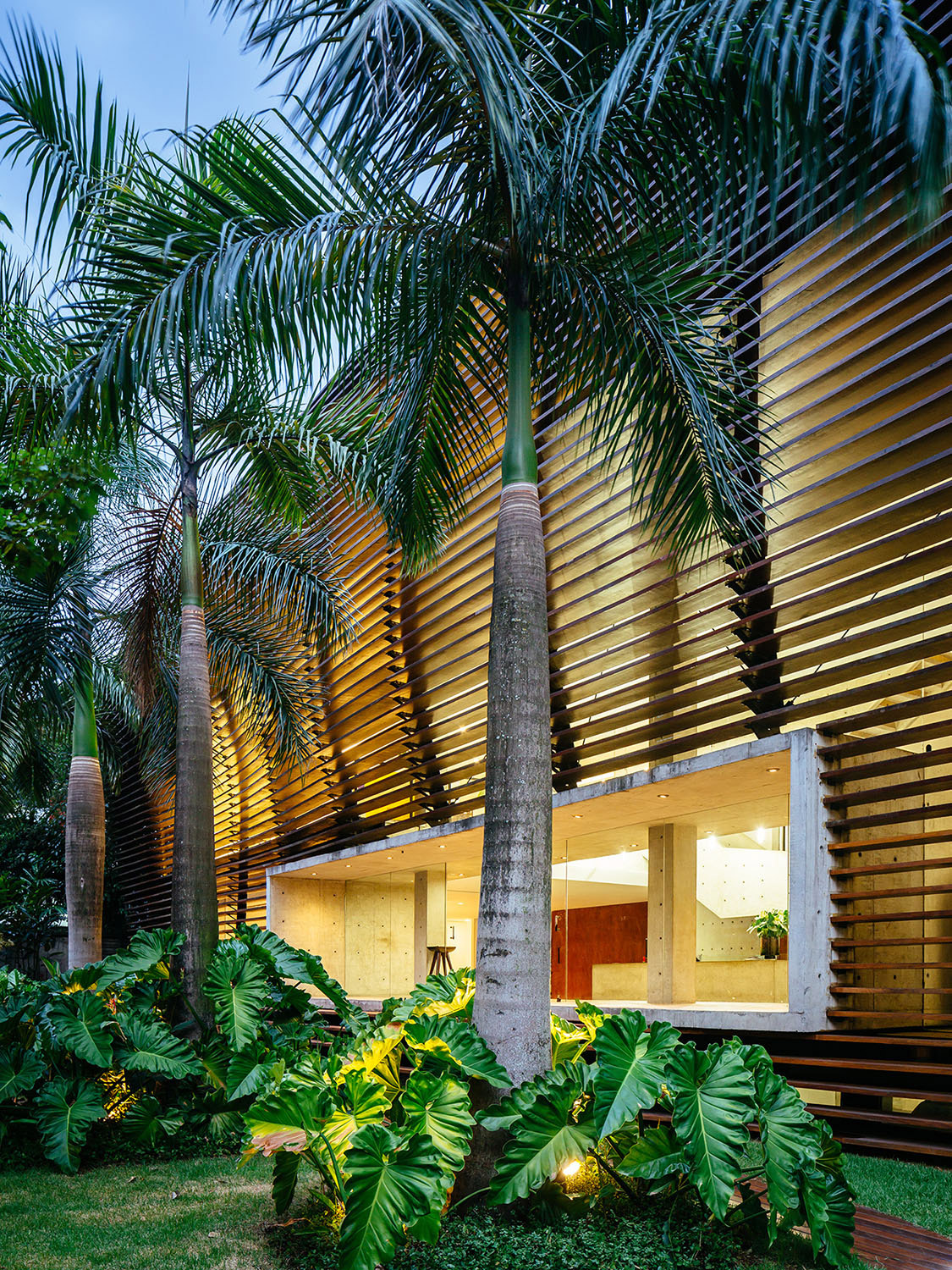 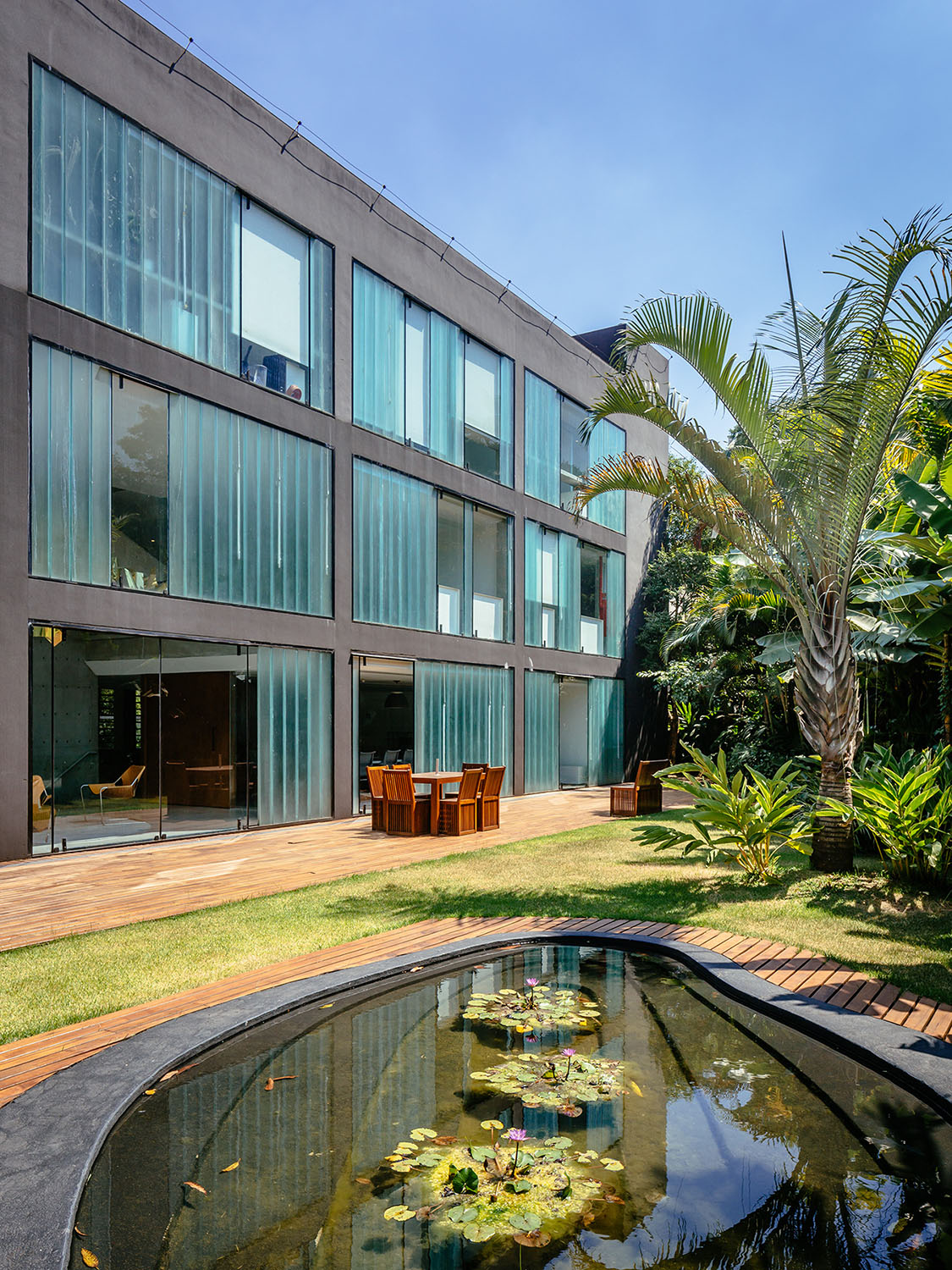 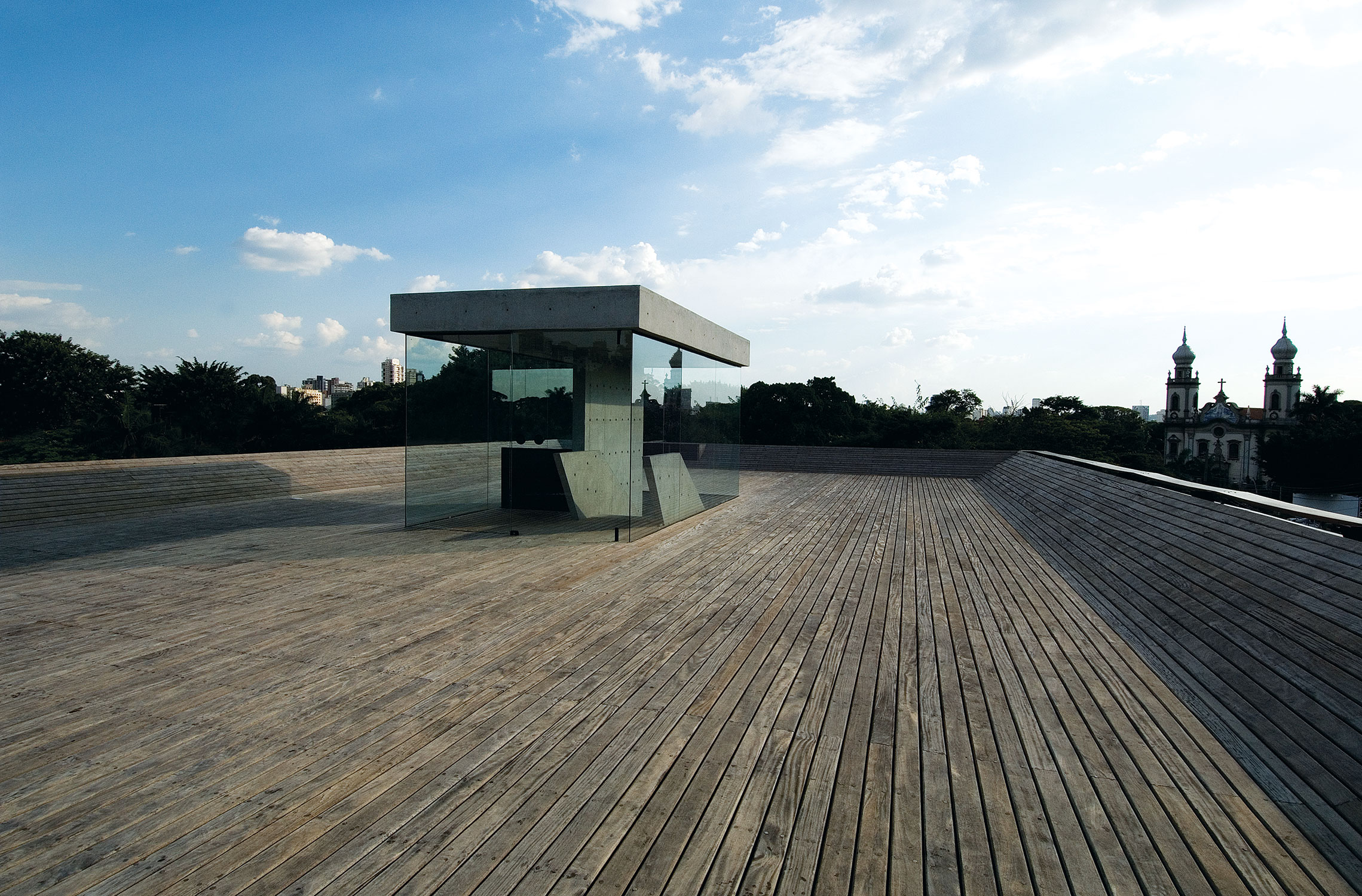 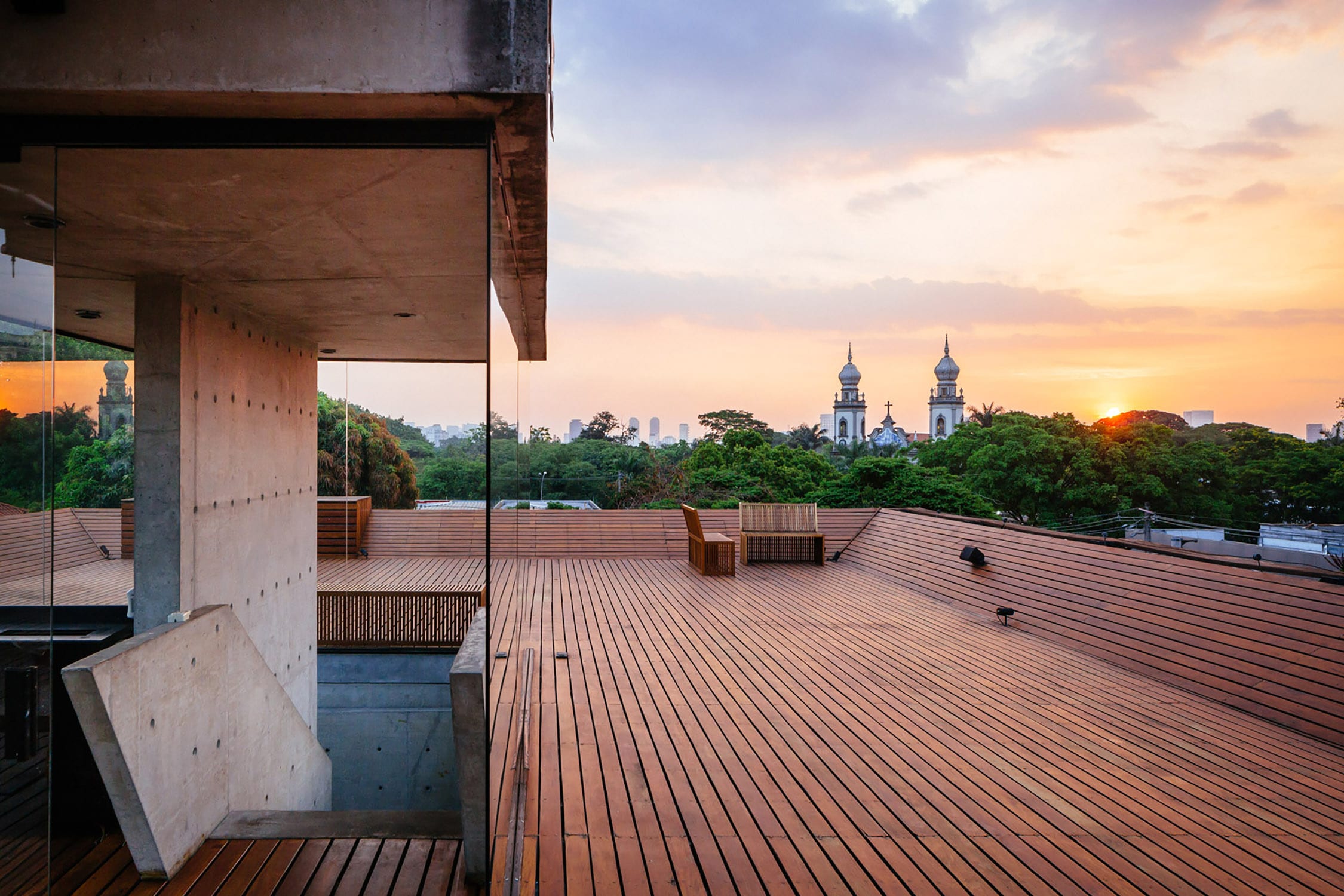 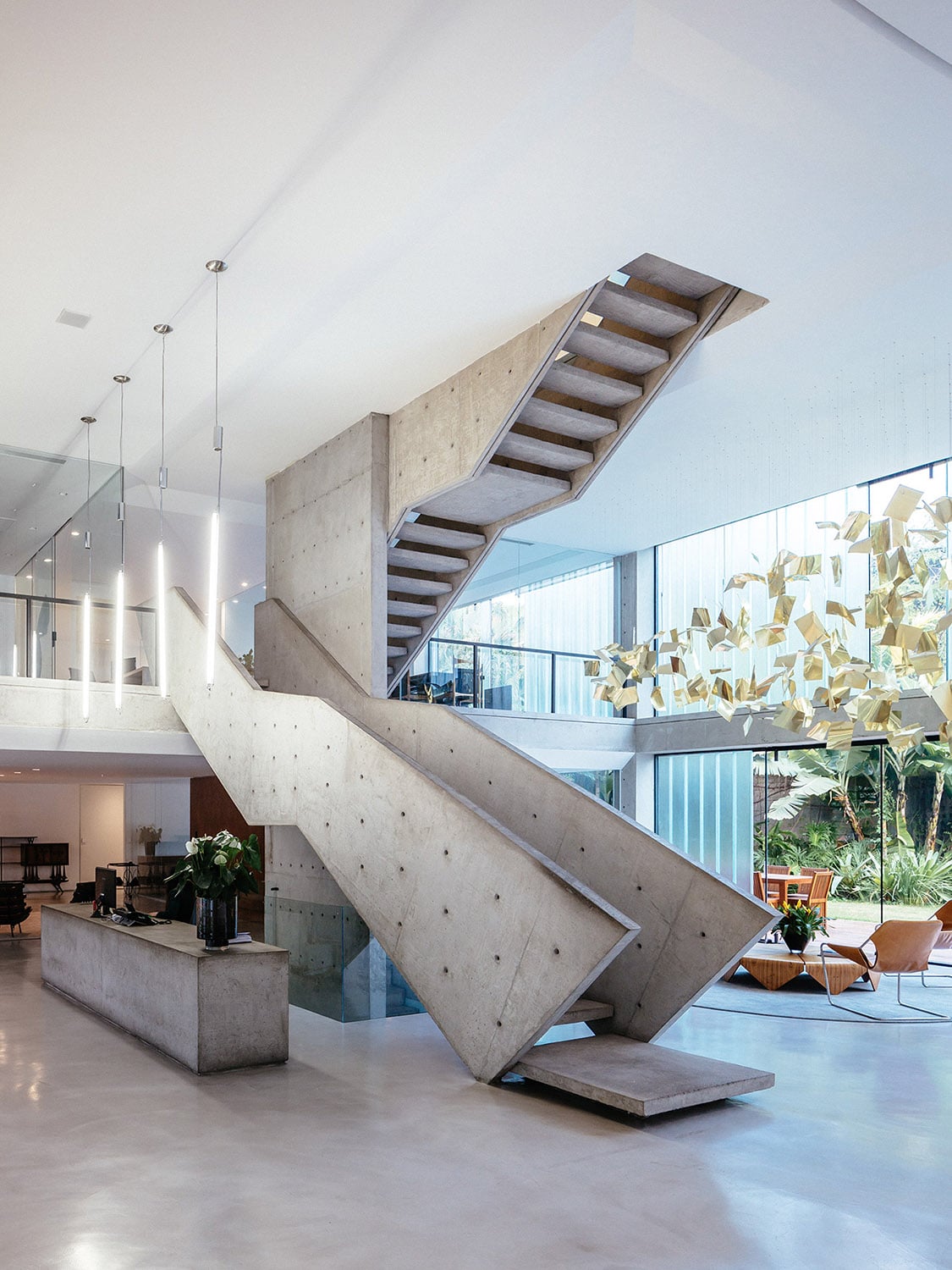 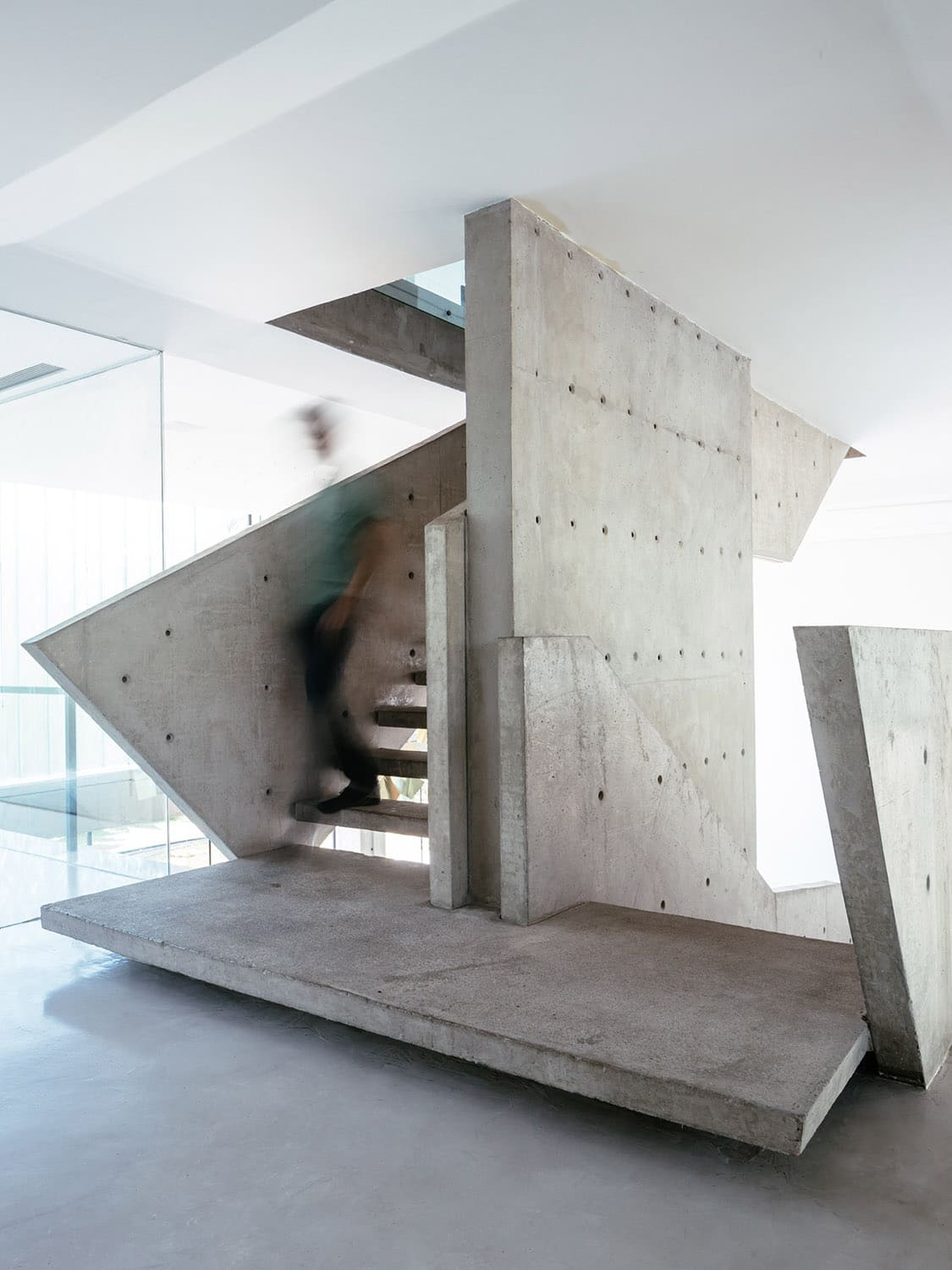 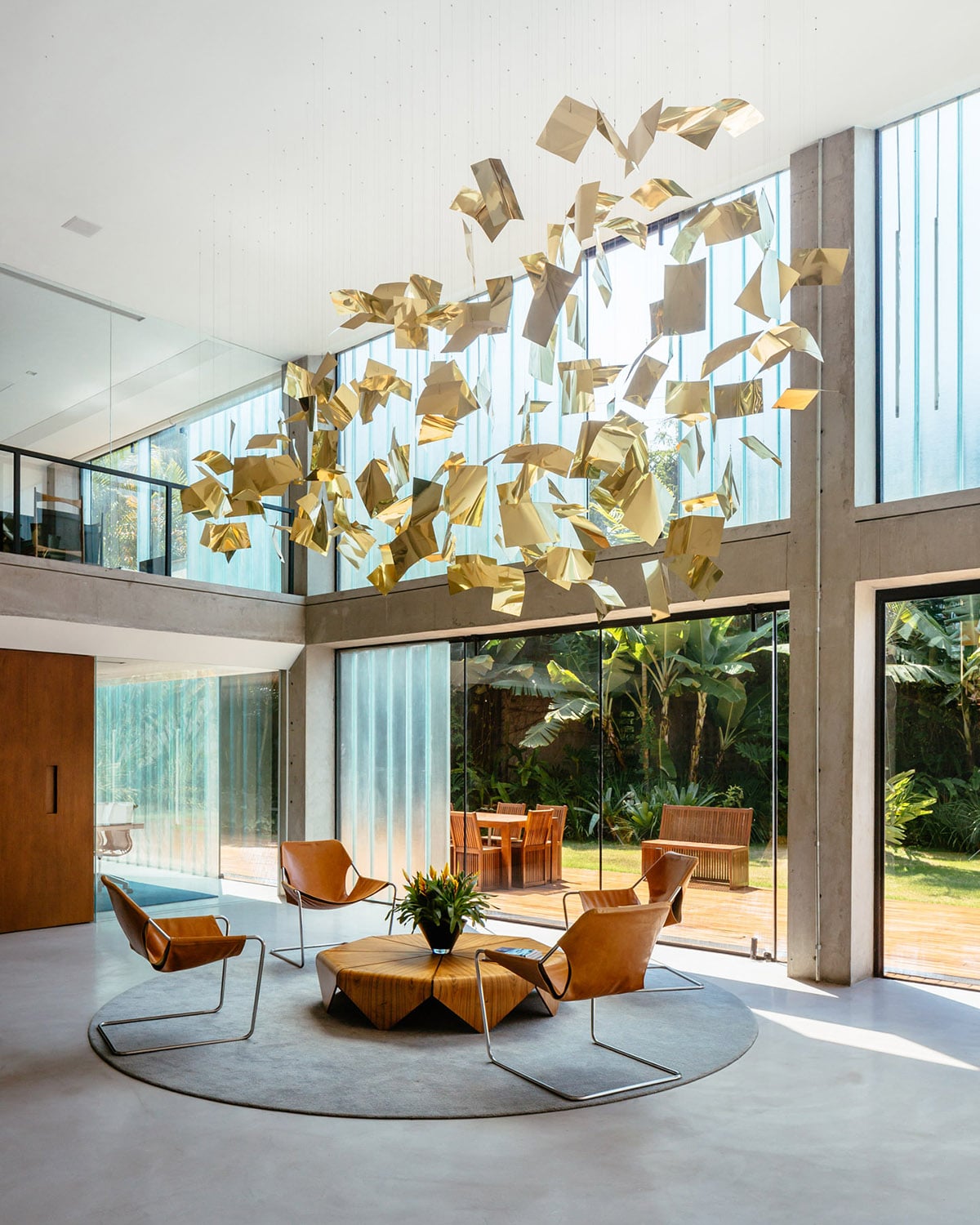 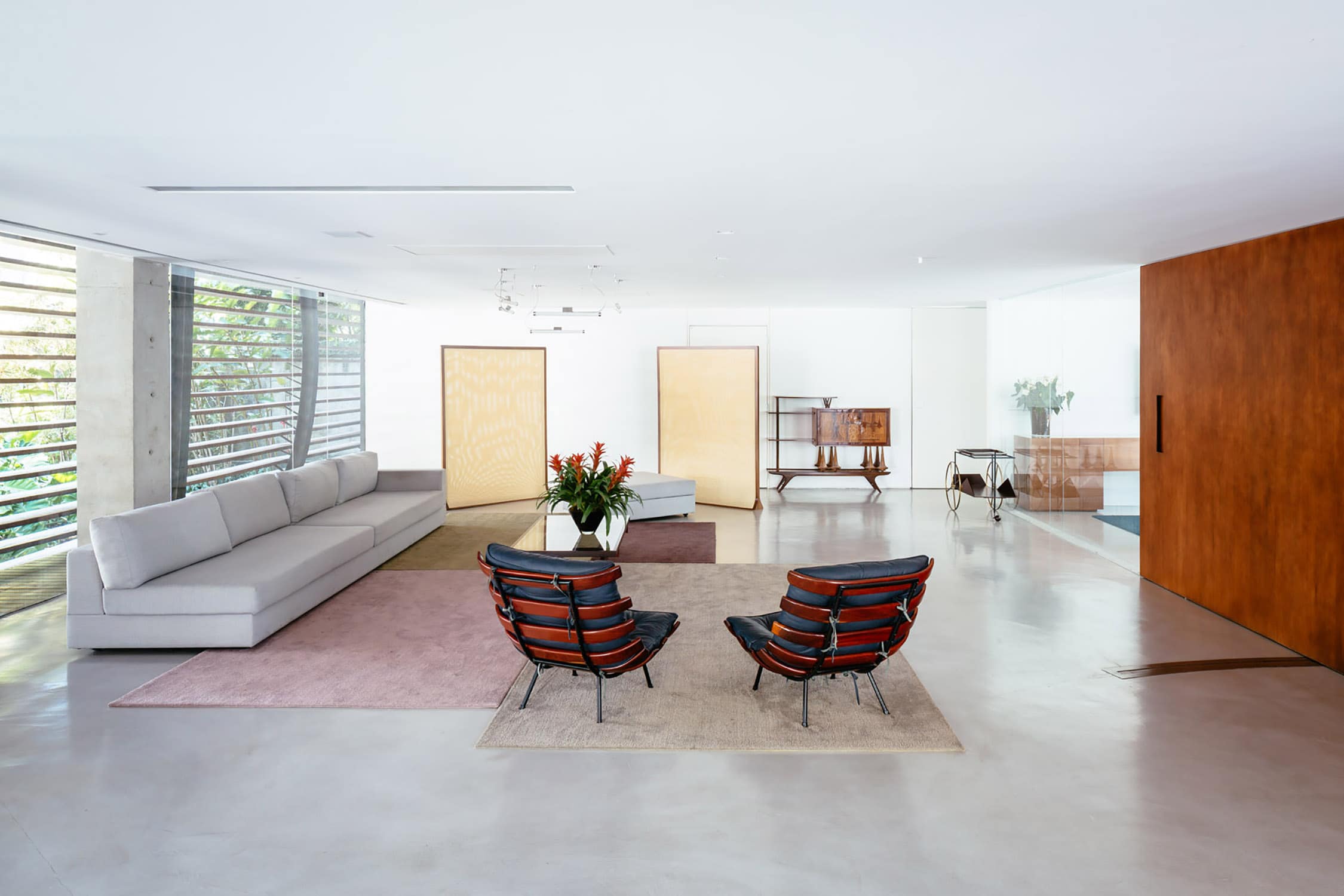 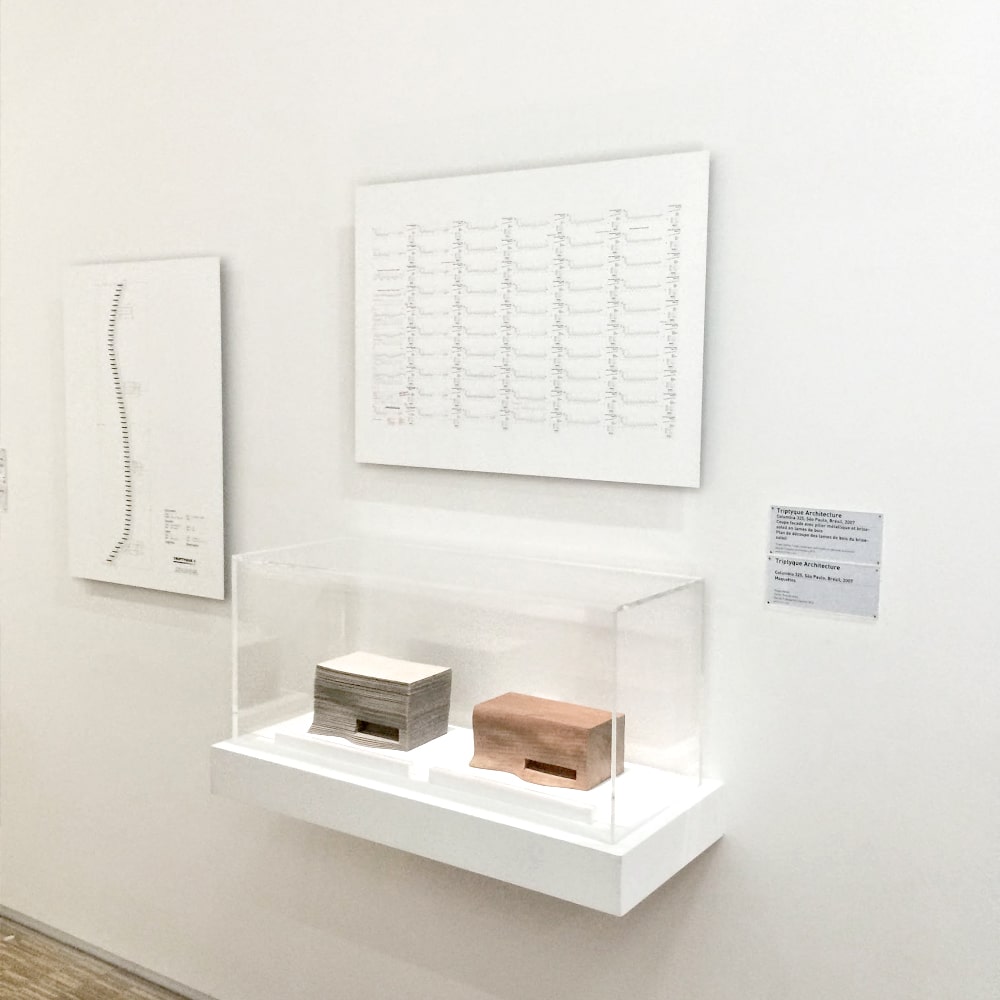 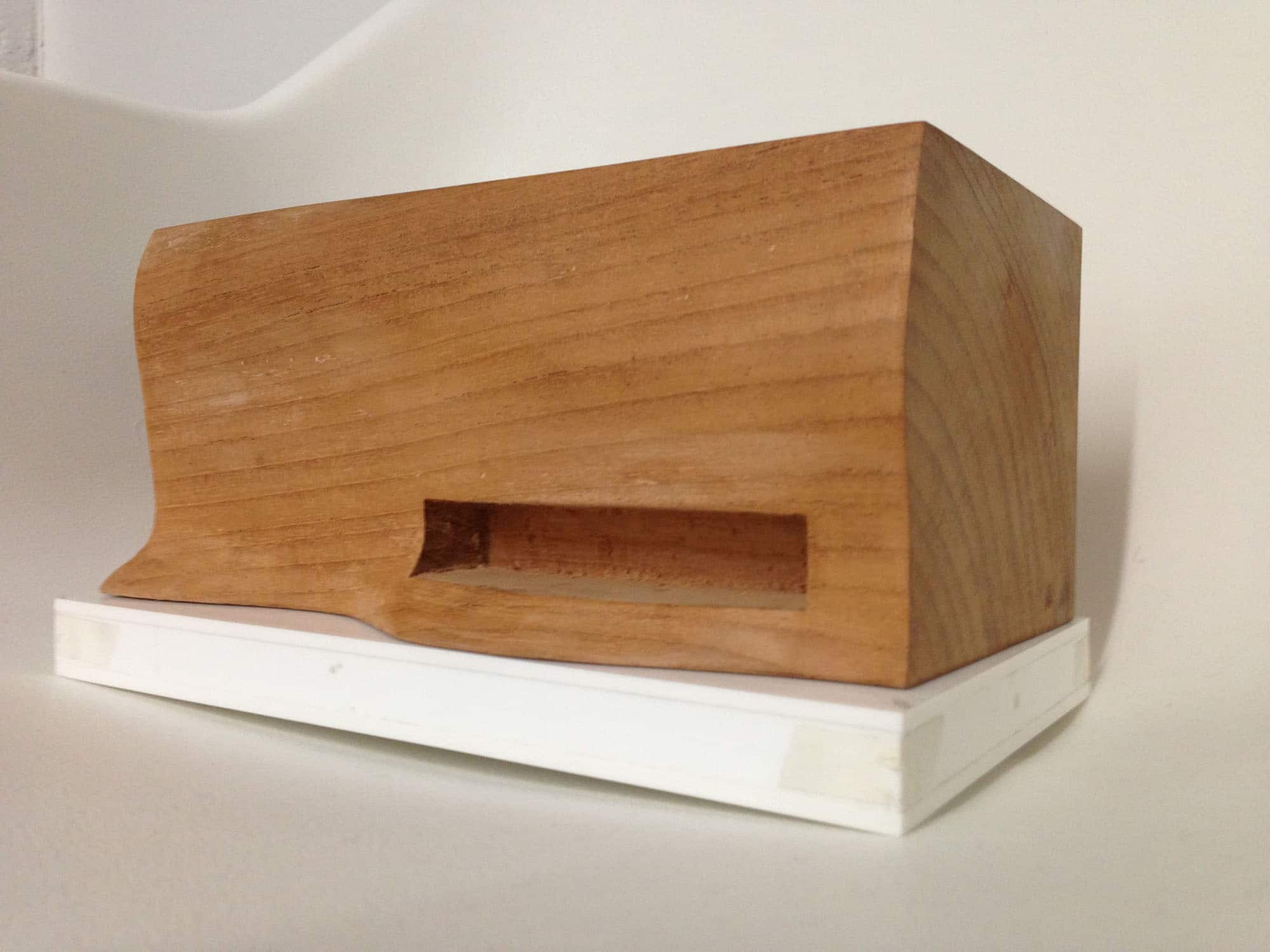 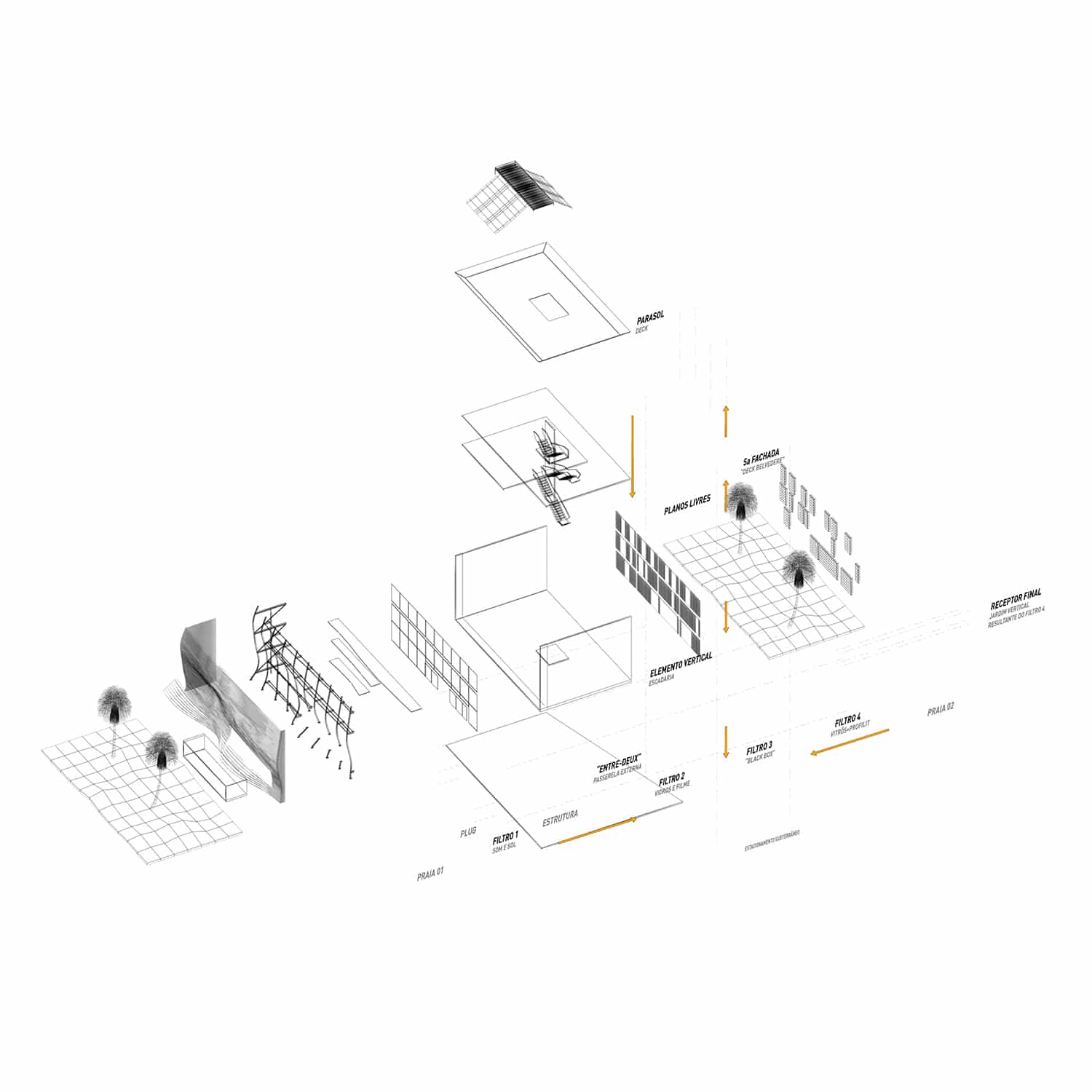 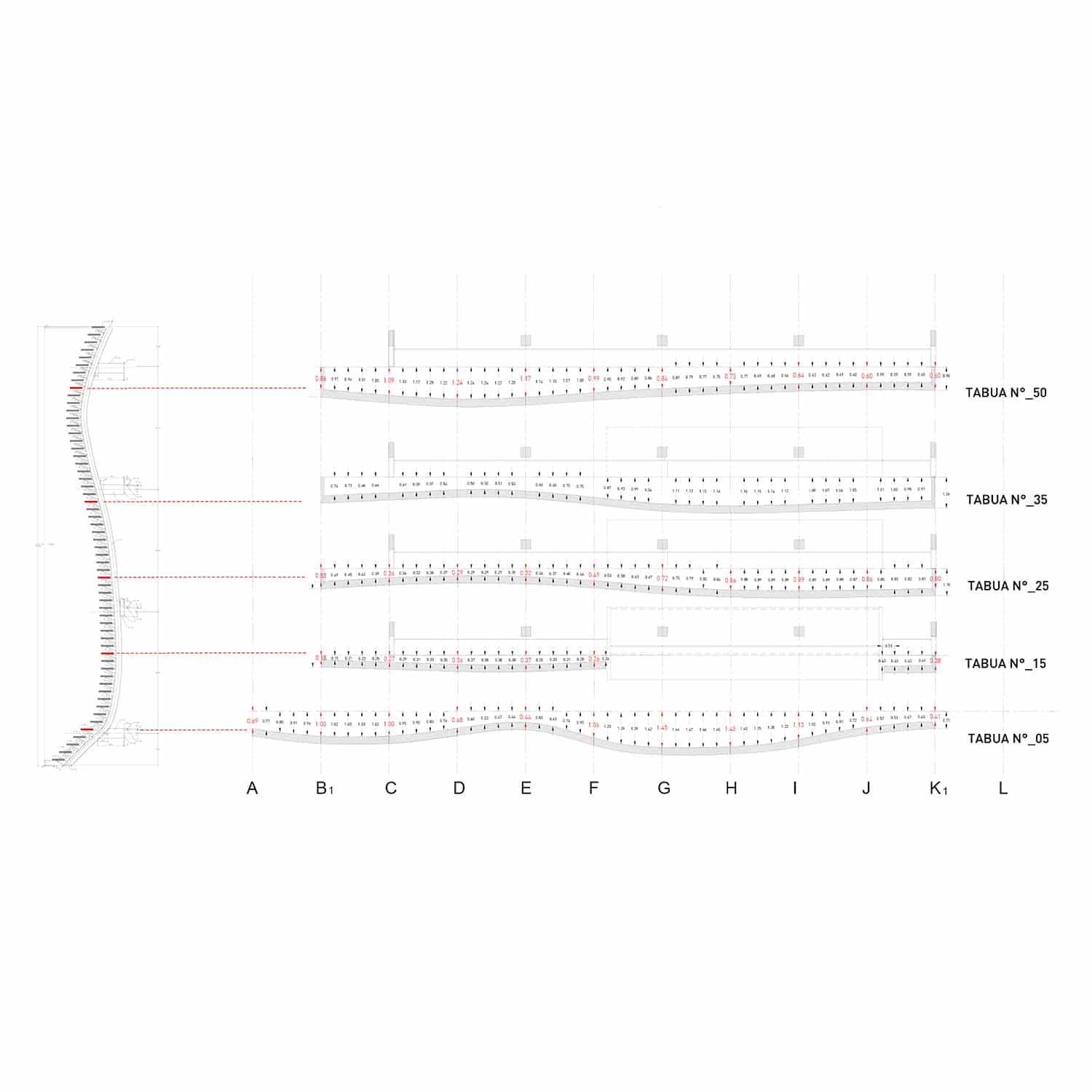 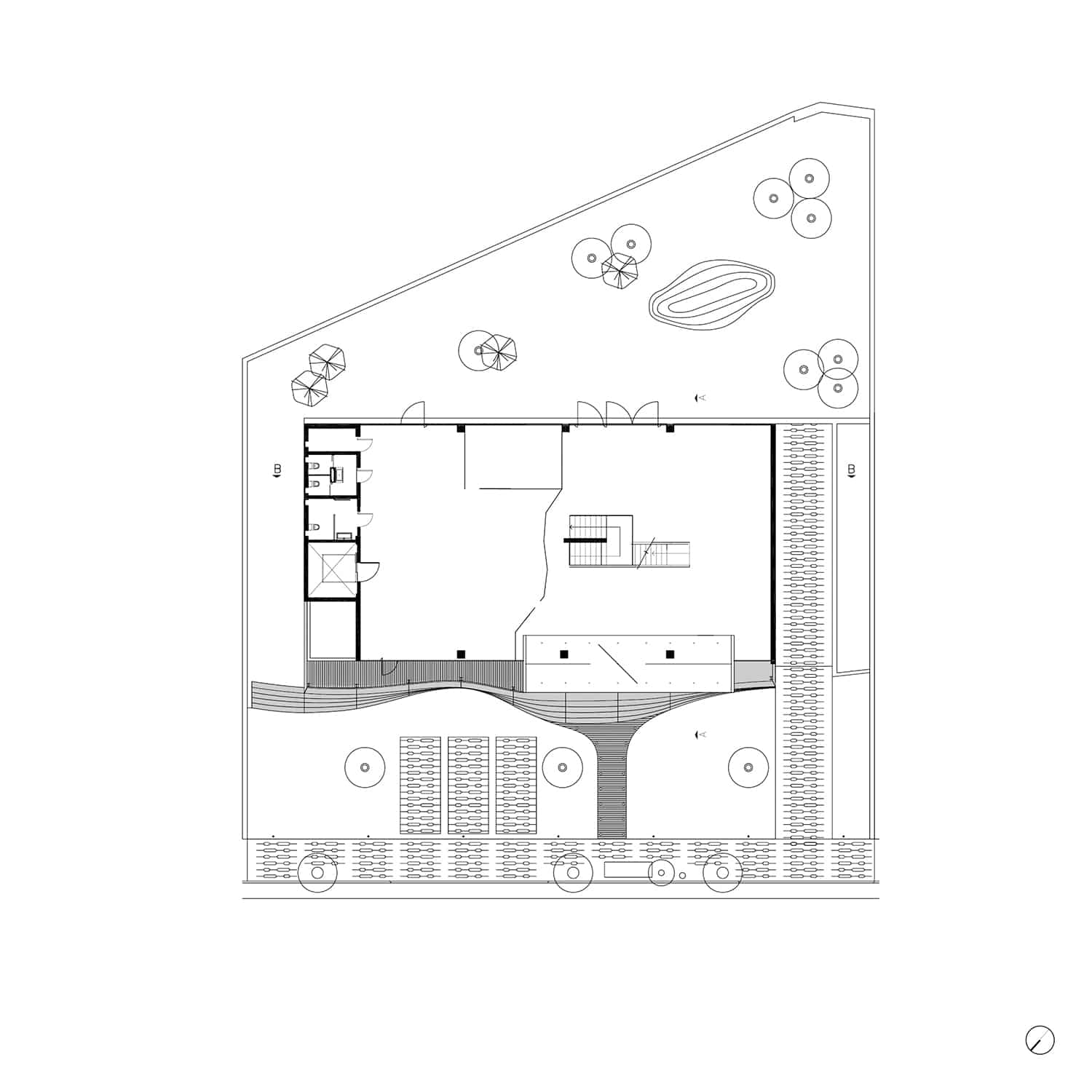 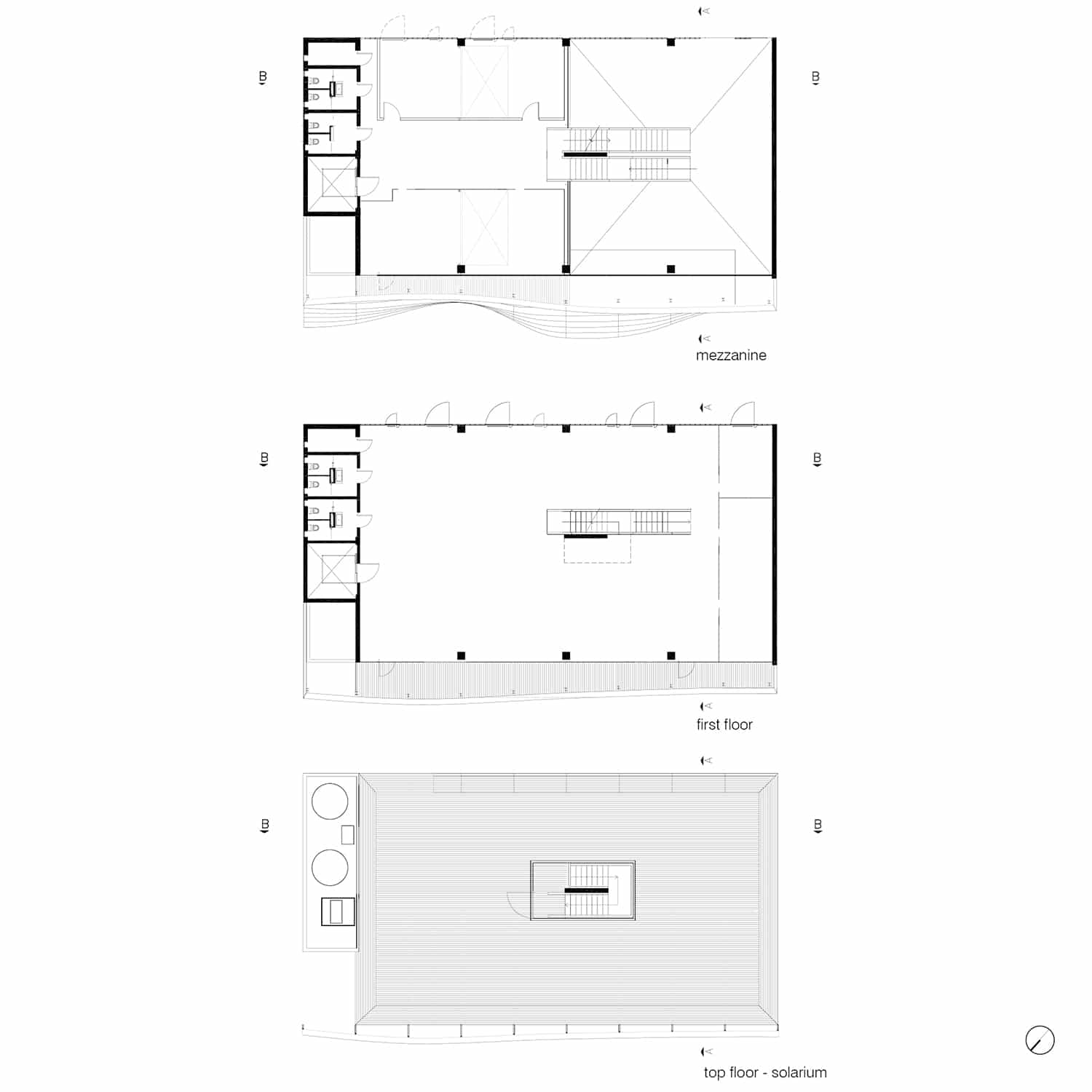 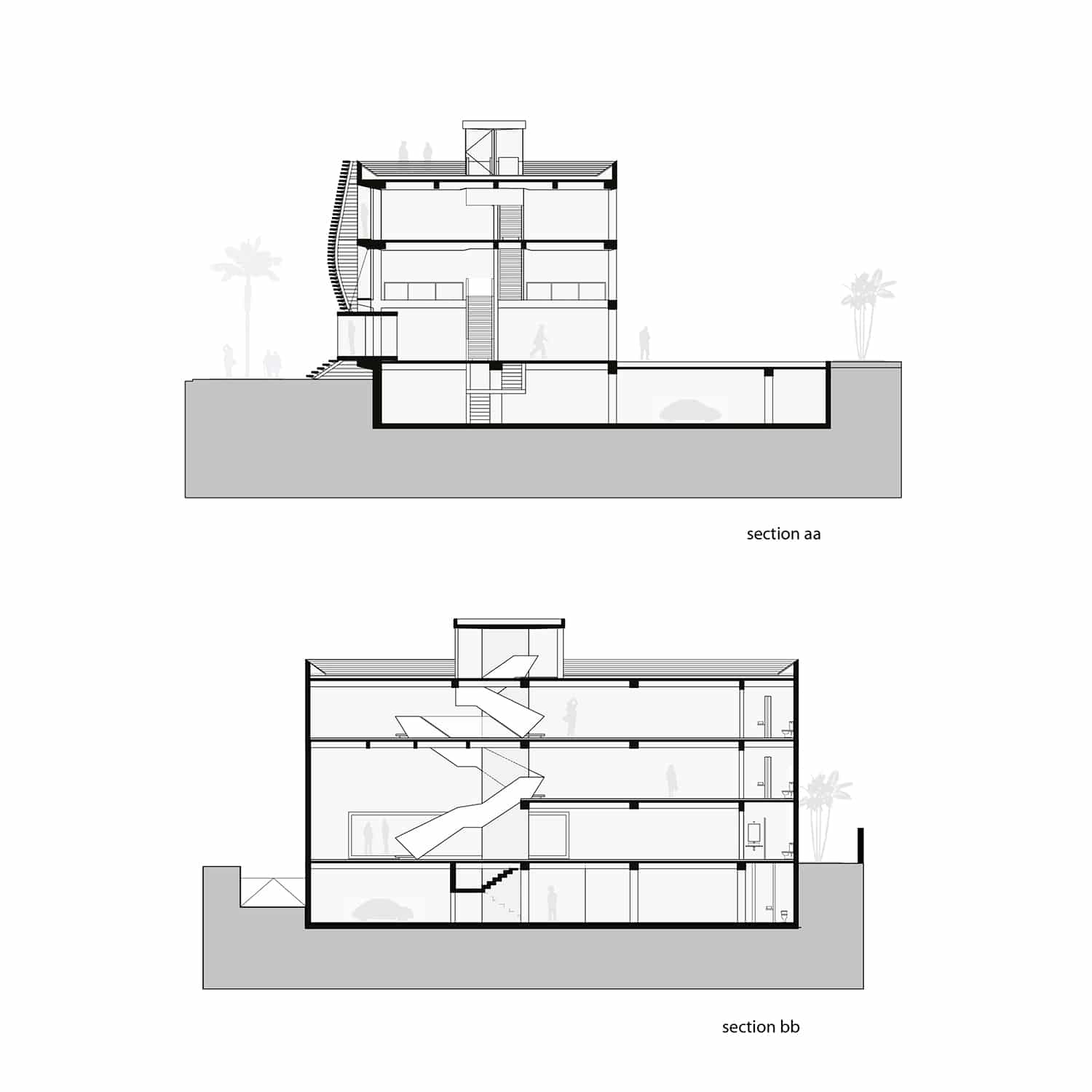