Type of Works
©
Skip to content
The Ministry of Foreign Affairs entrusts Triptyque the renovation of the Maison de France (House of France) in Rio de Janeiro.
The 13-floors building, located in the historic center of Rio de Janeiro, was built between 1950 and 1956 by two modernist architects Auguste Rendu and Jacques Pilon. The last one is also the author of the Edifício Paulicéia in São Paulo and the Lycée Pasteur in Rio, two iconic works of the modernist movement in Brazil.
Designed from the beginning as a cultural complex, the Maison de France exceeds its diplomatic function and is at the service of the French culture dissemination. As a diplomatic, economic, linguistic and cultural hub, the Maison de France is the heart of the French presence in Rio de Janeiro. It houses the Consulate General of France, the Cooperation and Cultural Action Service, the economic service, the French Alliance, the Brazil-France Chamber of Commerce, few French companies, a multi-media library and a theater of 350 seats.
The Maison de France has a European identity, as it hosts the Consulate General of Germany and the Honorary Consulate of Finland. Becoming the Maison de l’Europe (House of Europe), it strengthens the the French and German partnership initiated by their diplomatic and cultural actions.
The Triptyque main objective is to give a new life to this building from the 50’s to create a modern and innovative equipment thanks to the international cooperation, in a jewel of the “modernist Brazil”.
Triptyque has already launched a diagnostic phase and the first step of works should start in 2016. 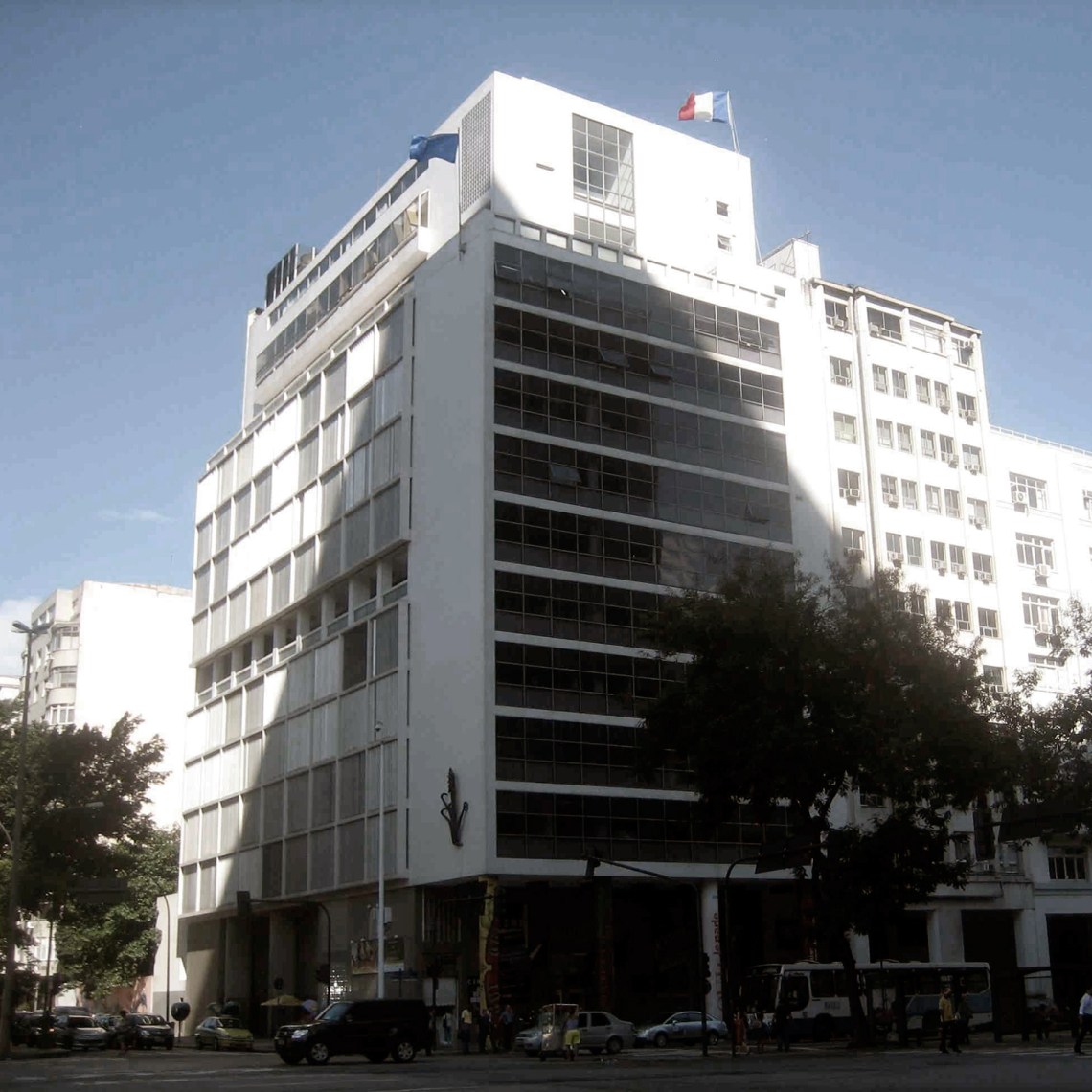